Hi, i find this picture on instagram, .. so beautifull, so i decided to put blue stickers on mine: 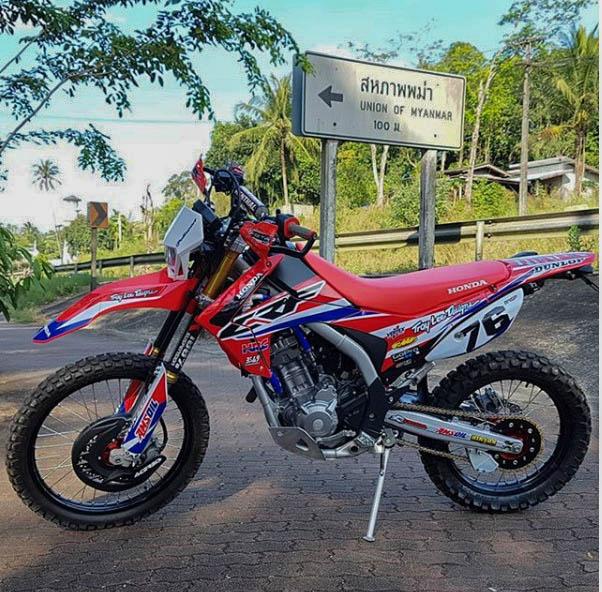 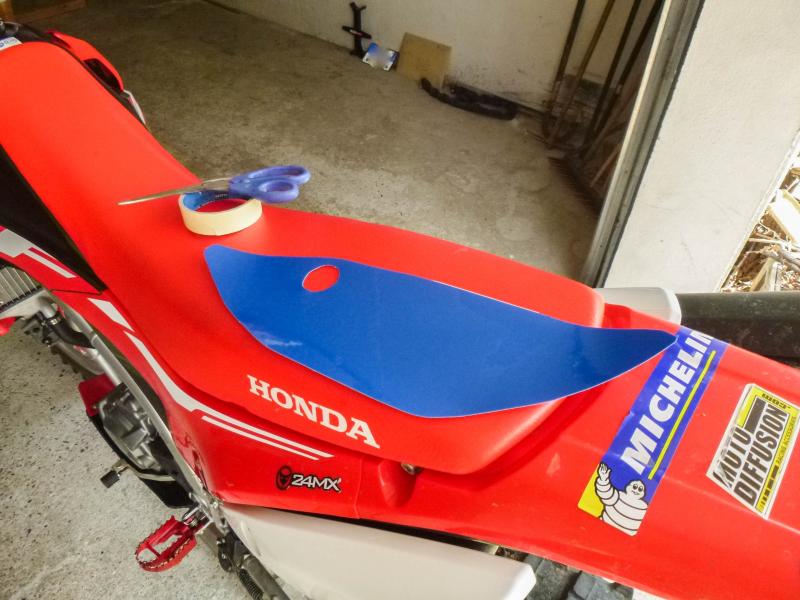 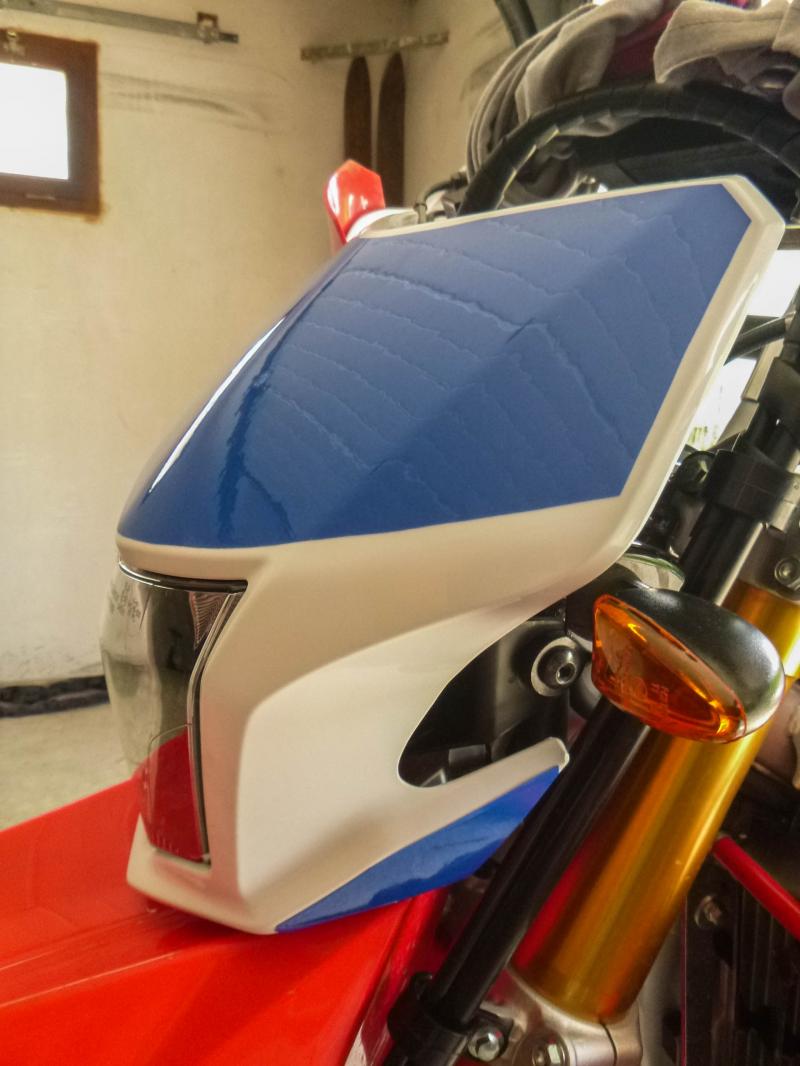 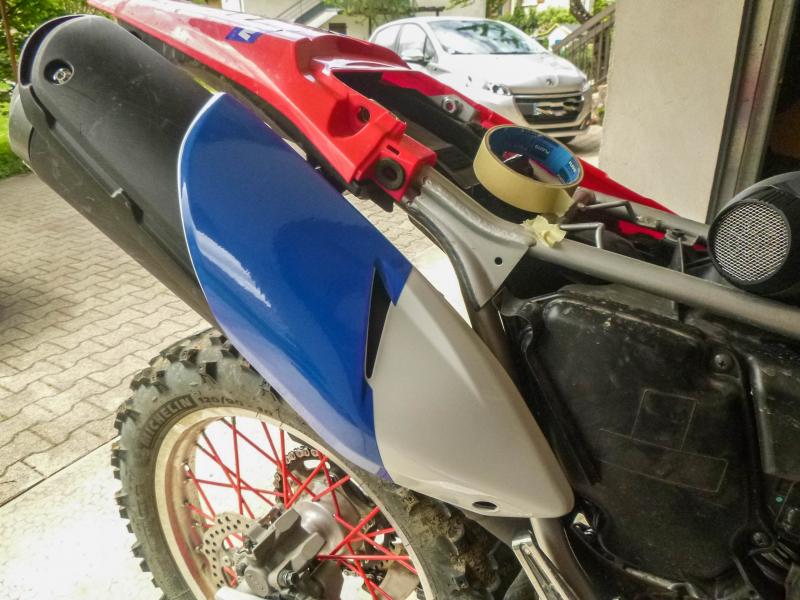 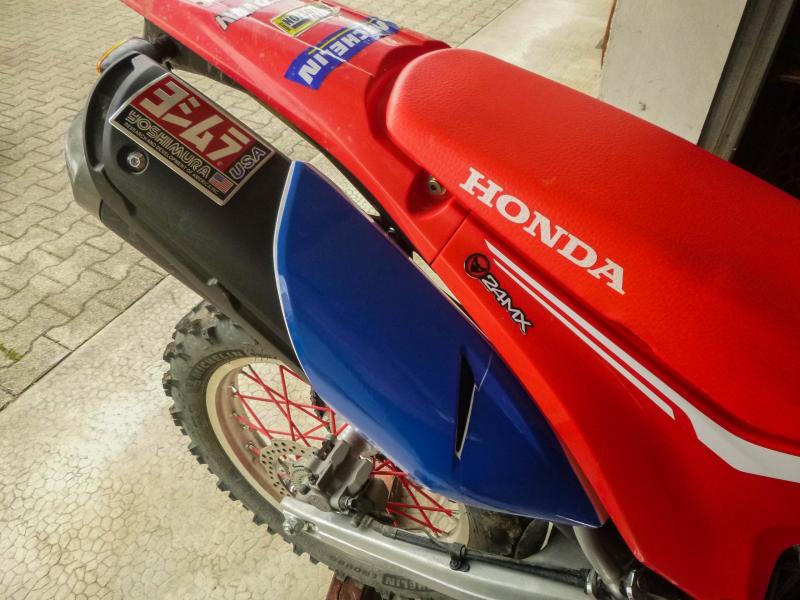 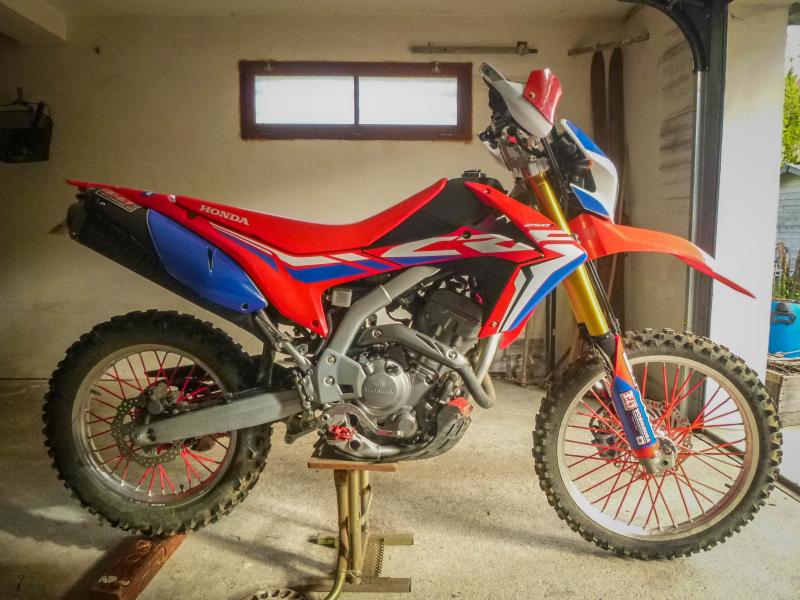 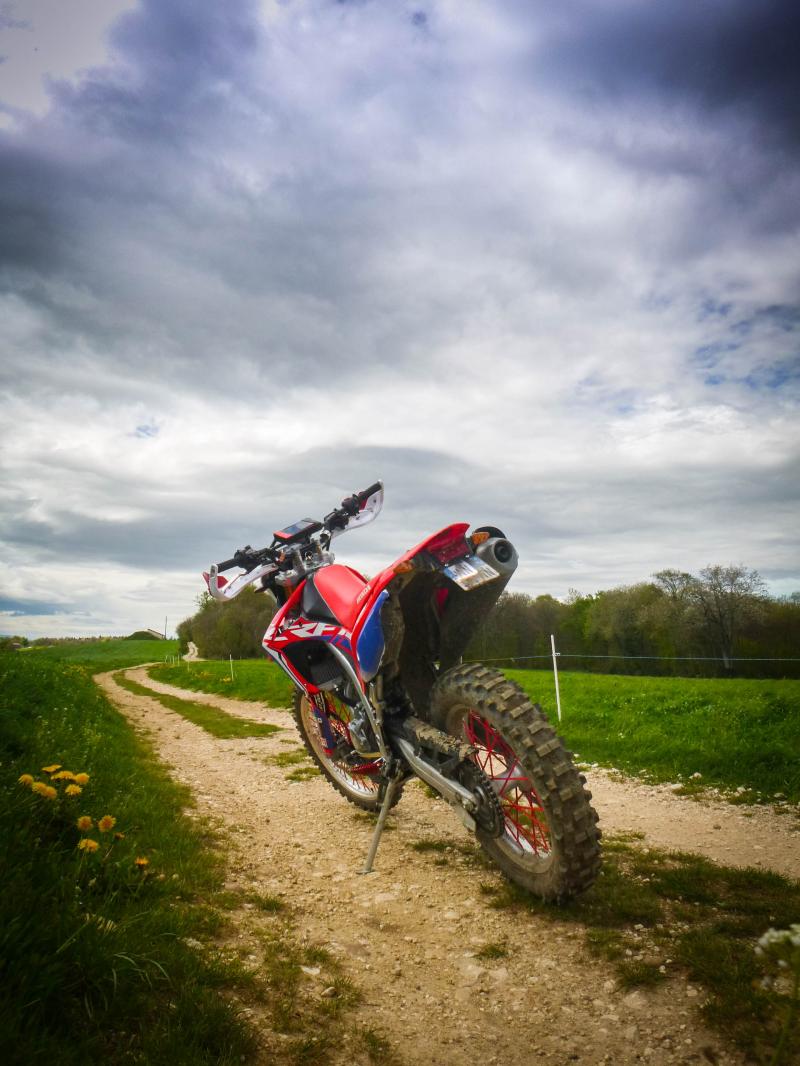 as you may know, I recently bought a welder and thought I would have some lessons from this guy

garyboy wrote:Thanks very much for that. Minky.I would never have guessed that about EO9 front.
I used MT21's on DR. Not bad. But prefer a smaller block.

they are much better than the o/es gary ..and ride nice on the road ..the 644s big blocks mean they feel a bit skittish when new but they do settle down to be reliable with out a great deal of feedback ..but reliable if used sensibly

as they say theres no replacment for displacment ..give em 500 miles and they are perfectly ok i have done big milages on the tyre ..im used to them avoid silly cornering and late braking and they chug along just fine for me theres nowt worse than bowling along and then hitting a a damp puddle with soft sand undernieth with shite tyres on ..a sudden change of surface happens and i want some insurance attached to the front of the bike ..i bin me front tyres at 50 percent use most of the time ..trying to get another 15 quids worth out of them isnt my idea of a good idea

...fortunatly there cheap two a year at 50 quid isnt the end of the world (thumbs)

at first glance the tyre looks servicable and is ..it would easy go twice the distance if needed ..but i know its lost its big block bite ..its done around 6000 plus miles ...its cheap insurance ..yes im cautoius and maby a bit early changing the tyre ,,,but early has got to be better than late ,,the tyre works well and i just cant argue with it for the sake of 50 quid ..great tyre for upright missionary position grip ..not a great slideways tyre but im a staedy trail rider ..trust it 100 percent going forward in horrible shite (thumbs)

The tyres on my 250 Rally are now pretty much dead after 2.5K miles, and I am looking to replace the stock tyres with something better? Had a good read of this thread, and was about to pull the trigger on the E09 rear and the XT644 front. However...

It now looks like the XT644 is obsolete now (http://www.mitas.co.uk/Adventure-/Trail ... isplay=all).

I can also see that the E09 comes as a standard and Dakar version. Are they both ok to change on the trail, or is the Dakar a nightmare due to the stiffer walls?

And as I saw the posts were from a couple of years ago wondered if anything had changed in terms of the advice, or in the absence of the XT644, what would make a good front to partner the E09 (Dakar?) rear?

Looking to change soon, so any quick advice much appreciated.

difficult thing tyres ....you have to try them and see ,,,one mans good is another mans bad ...i bought 6 644s as like this year they were supposed to be doomed and then came back in ?
for 50 /50 road and off road id probably opt for a pirrelli m21 instead i find them a resonable duelsport choice ...i would not use a e09 front the knobs are too shallow fo my l;iking ....
you could do worse than a m21 for duel riding ....hope it goes ok whatever you choose

the e09 130s arnt to bad im used to them ..most of the e09s fearsome reputation comes from the 140s which are comedically stiff
Last edited by minkyhead on Mon May 20, 2019 9:04 pm, edited 1 time in total.
whats the wether forcast ..wheres me map
Top

Mitas xt644 still available just phone the uk importer trelborg?... I had one about 5 weeks ago... Ace front tyre...
Top

the e09 130s arnt to bad im used to them ..most of the e09s fearsome reputation comes from the 140s which are comedically stiff

The only tyre I have experience of on my 250 Rally is the stock tyre. Compared to that, how would the following combinations....

compare to the stock
a. on road
b. off road

Appreciate as always, there is no precise science here, its all a compromise!

Finally, how long (assuming change when get poor off road) would I expect to get in terms of miles on a set of mt21's?

I run MT21s on mine and really rate them, they seem to last well (despite the abuse I give them).
Top

+1 for the XT664's I've got a lot more confidence that the front is going to go where I want it to . I've been running Mitas C02 on the back for a while now and that's behaving very well too.

So, how do they compare to the stock IRC tyres on and off road?

How many miles on a set?