Bikers ain't what they used to be.

Anything goes, and mine's a Guinness.
Post Reply
22 posts

Bikers ain't what they used to be.

Me and the missus went for a ride out on separate bikes the other day. She didn't realise that her bike was switched to reserve and she ran out of petrol. She waited with her bike while I went for petrol. When I got back she told me that 10 bikes had passed without anyone even acknowledging her. It was obvious she was having issues as she was parked on a grass verge on a country lane. While everything was under control I could not believe no one had stopped to check. I always stop and have been known to even back track to check on fellow bikers.
I work to live. I live to ride. I ride to work, Ever felt like your going in circles.

I also backtrack for bikes etc and help where I can. Almost all the time they're fine, have people coming etc. But that odd time they need to borrow a phone, or just need some fuel I can help.

Takes literally 2 mins to stop and get a thumbs up.

Me and all my brothers have been brought up by our parents, grandparents etc that we're all one big community and we all look out for each other.

Sent from my SM-G970F using Tapatalk

I agree, once stopped for a power ranger on an R1, offered him my puncture repair kit and tyre pump. Refused and said the Rac are coming in 90 mins

His face was priceless
Top

I agree I stop too as said most people dont need any assistance, people have stopped for me also but others have also passed me by, possibly my appearance of being a pro

.
Is perhaps that so many people these days have such little knowledge of how things work that they feel embarressed by their own inability, this is of course no excuse.
Top

I always stop and will stop for cars as well, but the world has moved on and everyone seems to have a mobile and recovery. When I first started riding I did the RAC/ACU course and they recommended making sure that you had a supply of ten and two pence coins in your tool kit for phone calls and a tenner in case you got stuck and need to stay in a BnB overnight.
Cheers
Top

When he started motorcycling in the 1970s, my mate's mum insisted that he always have his driving licence on him, and that there was an emergency fiver in it.
She even gave him the fiver, which got tucked in the licence, and forgotten....until, inevitably, he got stopped by the police.

"Have you got a licence, son?"

Handed it over. For younger readers, it was a folded paper document in a nasty little plastic wallet. To read all the details, it had to be removed from the wallet and unfolded.

Cop unfolds licence, and finds the fiver in it. Gave my mate an old-fashioned look, handed him the cash, and reminded him it was an offence to try to bribe a police officer.

About 15yrs ago I ran out of fuel at Glencoe end of Rannoch Moor with the wife on the back a German guy stopped to help us he was riding an outfit & he took the wife to get fuel, that many bikers stopped to offer assistance it was embarrassing so I moved away from the bike & sat watching some deer in the distance so I didn’t look like I’d broken down!!
KLX250 presently concentrating on not spending money on farkles and summoning up the courage to throw it at the scenery.
Top

Recently out with a group of trail riders we were about to join a main road when one of the group said he had a puncture. We set to, only took about 10 minutes but during that time half a dozen road bikes passed not even acknowledging us, then a group of Oh so cool Harley’s eyes dead ahead but 3 car drivers stopped and offered assistance.

To be fair, years ago in the UK I stopped late at night to offer help to a bloke on Ducati on the M62. He’d just taken the tank off and was about to start walking - all he could manage was ‘fuck off’ - takes all sorts!
Top

I also own and have always had Land Rovers in various forms. On my last 3 day get away, I stopped for a polish registered LR with hazards on. Ended ip going in the complete opposite direction to get them a part.
I have also been helped by a fellow biker, when the rectifier failed and my battery died, killing my bike. He stopped and took me to work. Personally I find that is how it should be, helping one another when needed.

I was on my way home through France from a three week circumnavigation of Spain when I came across this guy pushing his scooter and sweating buckets. I had enough French to ask him if he needed help and he said that I was the first person to stop and offer in three hours of pushing. Reckon I did more for Anglo-French relations at that point than many before or since!

I had no rope or anything to give him a tow but he said he was now only a kilometre from home and that he would manage. He had not run out of fuel and the scooter was broken in some way. So after a pleasant chat I left him to it. 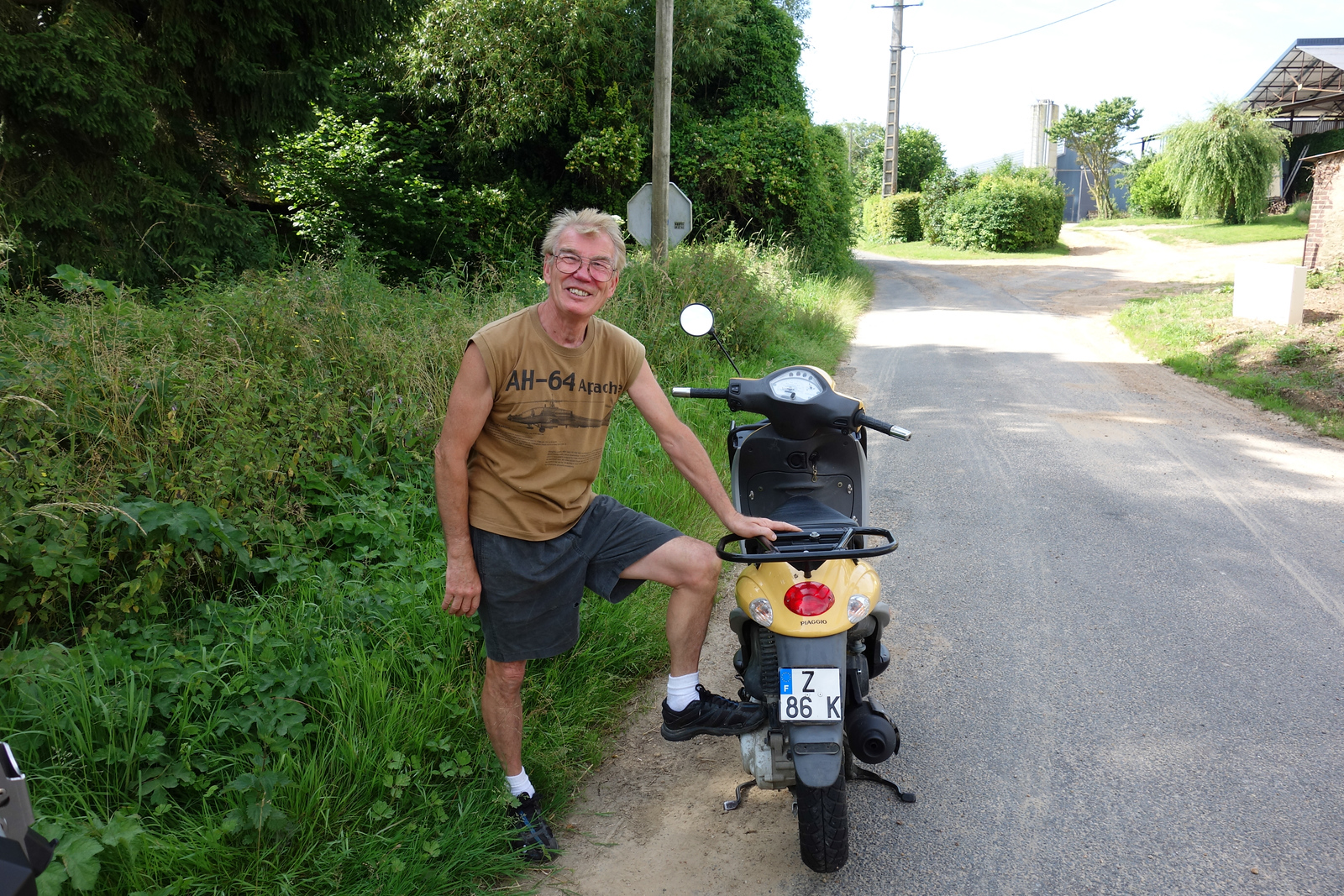 Users browsing this forum: No registered users and 273 guests