Anything goes, and mine's a Guinness.
Post Reply
1296 posts

When you build an economy based on debt you cannot afford to bite the hand that feeds you, hence the Politicians decide when it is convenient to use Scientific evidence and when to ignore it.
We are at the point of blanket news coverage which breeds fatigue along with confusion about how to separate news from 'managed news' and fake news. Figures are used to justify actions one day only to be discredited the next. The reality is that unless you are directly affected by Covid we do not know which story to believe.
Open your eyes and you see what is in front of you, open your mind and you see a bigger picture but open your heart and you see a whole new World.
Top

Oop North John wrote: ↑
Tue Oct 13, 2020 6:46 am
For those who hope herd immunity is the silver bullet, ask this American if he thinks it works:

That actually is a good point john, there's no guarantee that we have lifetime or even long-term immunity to this virus, there is already evidence of repeat infections but realistically its only early days for information like that.

The last SARS virus that escaped China hit Canada, it mutated to make itself less deadly and less infectious so with proper isolation burnt itself out, that would have been a nice outcome here but it didn't happen. But there's no way of knowing if this virus won't mutate to make itself immune to our new found immunity to it and the vaccines and generally just keep going.
Top

Who needs bullets and bombs when a virus and miss information work better.... The government's of the world always twist information to their own goals....

And false information is as strong in war time....if I can see it and touch it's real... Get up do a days work repeat... The rest isn't really important anymore... Only the fittest and wealthy with survive like always has been everyone else is just a. Number or a statistic.
Solo ktm690 euro trail rider
Top

What I find increasingly bizarre is that we have a government who were elected with a mandate to inflict the biggest damage to the UK economy in peace time and now are urging people back to work regardless of the damage to their health, because they are ‘worried about the economy’. If they cared about our health, given the probable cause of this virus, you would think they would be hell bent on preserving and possibly increasing the strength of our current food standards, but know they have just voted to have the option to lower them.
https://www.theguardian.com/politics/20 ... -in-uk-law
Unfortunately by the time the country wakes up to the fact that Boris, Farage et al have sold them down the river to preserve their offshore tax havens it will be too late.
Top

One true thing that has come out of Brussels is a quote from Jean-Claude Juncker.

'We all know what to do, we just don’t know how to get re-elected after we’ve done it."

Jak* wrote: ↑
Tue Oct 13, 2020 9:45 am
What I find increasingly bizarre is that we have a government who were elected with a mandate to inflict the biggest damage to the UK economy in peace time and now are urging people back to work regardless of the damage to their health, because they are ‘worried about the economy’. If they cared about our health, given the probable cause of this virus, you would think they would be hell bent on preserving and possibly increasing the strength of our current food standards, but know they have just voted to have the option to lower them.
https://www.theguardian.com/politics/20 ... -in-uk-law
Unfortunately by the time the country wakes up to the fact that Boris, Farage et al have sold them down the river to preserve their offshore tax havens it will be too late.

I share your feelings about the incompetence of this government and the conjuring tricks that pulled the wool over people's eyes, particularly pertaining to Brexit.
As a vegan and animal rights and welfare activist, I'm deeply concerned about this latest development.
I become ever-more disillusioned with humanity, sad and angry in equal measure. I really wish there could be a reckoning, but I've also lost faith in that.
Greyhound Racing .... don't bet, don't go - you bet, they die

I'm more than happy to admit the government response has been rubbish, and I'll happily shout from the rooftops how much I dislike the current lot in charge but I doubt JC could've done much better or anyone else for that matter. we've had the makings of a flu pandemic a few times but the last actual one was 1918. But that certainly doesn't excuse the fact that the Torries bad planning and years of cuts helped kill thousands of people, I won't forget that and one day they will have to answer for it.

The point in our lockdown was never to get rid of the virus, it wasn't going to without shutting the borders earlier and still having them closed. It was to reduce the numbers to reduce the deaths by not having to deny people access to things like ventilators and CPAP machines. Without a vaccine or herd immunity, or both, We aren't going to get back to what we considered normal but I doubt we will anyway.

society and the global nature of how the world works nowadays needs a change for the sake of the planet and human kinds future anyway so why not embrace that, why don't we actually give what all the Brexit voters banged on about a chance and make our country a lot more self sufficient, let's get our new jobless making our own PPE and working on British farms and all the other stuff we need. As a nation we have the facilities, man power and knowledge to achieve all of that and more and dig ourselves out of the national pit of depression and austerity.

I'm not saying we can stop this dead in its tracks if we lock everything down, we won't, I'm saying we should try and slow it down in the hope we can save some people. At the moment the hospitals are open again and trying to catch up on the backlog, if the covid numbers go up again then that's when that stops. Personally I think any excess deaths from anything are too many but that isn't an achievable aim we should be aiming to try and reduce the overall death toll from everything as well as covid but covid going mental in flu season isn't the way to do that.

Also at the moment not that many places are in "lockdown", actually until tomorrow non are but that's a different point entirely.

Our entire country has to take responsibility for how we deal with this, how we have dealt with this and how we go forward. Were left with a government who are corrupt, negligent and moronic, they're striping the nation's best assets to line their own pockets and we're the ones who put them there. As a country we were so divided before the election that the whole thing came down to leave or remain so we ended up with the Brexit PM and his oven ready deal that turned to sh!te. There has to be a better way for all of us out there somewhere.

But most importantly we seem to be forgetting our empathy, tolerance and care for our fellow man, things often espoused as great British virtues. So in that vain, Gary are you alright mate? You seem like your having a bit of a rough time of it lately.

TLDR: 1 dead person bad, lots of dead persons also bad, let's try to figure out how to keep people less deaded while we figure out a plan. The Torries have handled this badly but everyone else probably would've as well. This isn't ending any time soon so let's actually improve our country, society and the worldld in general. Also f0ck the Torries, labour and the system in general, there has to be a better way so let's all get together and find it while being excellent to eachother.


Nice piece, mister Hatter ..
Apologies .. i got the figures wrong .. been very tired lately .. dont know how you sussed that, must be in the writing somewhere?

Bear in mind that some of us ARE in lockdown .. governed by our county boundaries or borough boundaries. BoJo is now king of England .. not of NI, Scottyland, or (most importantly lol) Wales.
This means that the `rules` now only pertain to England, when a proclamation is made.
This serves to switch off people to any announcement .. and are the 3 Tears (sic) really simplifying matters?

Your point about a better world .. great writing .. but of course it is corruption, greed and globalisation (also greed and human work-slavery, exploitation etc etc etc) as you know, that prevents all that, pity to say.

fwiw .. i see the management of this pandemic as a subtle change in terminology, and a huge change in activity management.

I don't think a vaccine will do a lot of good .. we already have Flu .. we have to live with it ... how effective are the present vaccines? ... i actually don't know, but there a still loads of deaths per year?

Economy? Lockdowns .. how many people are going to die from this ? .. could be worse than the virus, and possibly result in insurrection, violence, mental zombies ... not looking good?

Herd Immunity? .. When we are protecting the vulnerable, this is Not `herd immunity`, which would kill off the weak and build up resistance in the rest .... I recon just we need and have just `Immunity` from a natural inbuilt population protection ...... let the youngsters party i says lol ..
(Unfortunately, what we have, through design or incompetence IS herd Immunity, as the vulnerable have been allowed to become infected anyway.)
Last edited by garyboy on Wed Oct 14, 2020 12:44 am, edited 3 times in total.
Top 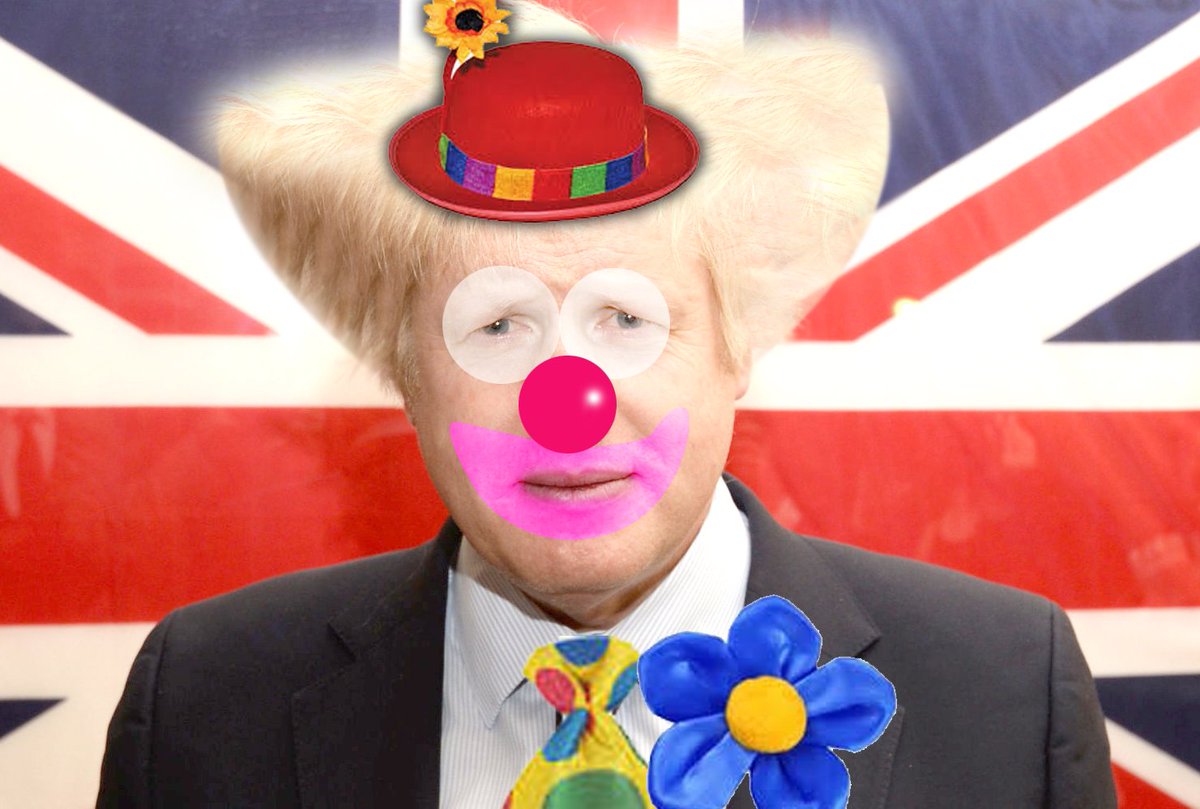 Has anybody else noticed that Professor Chris Whitty rarely blinks??????