by moto al
Hi last night my son callum attended , Celtic vs a team from Israel , a qualifying game for champions league , the game would be watched by millions on tv , Celtic fans chose to demonstrate ,against Israel,s treatment of the Palestinians , should this be allowed at a sports event , I have mixed feelings .over to you chaps .Al

by Simon_100
Nothing new then - except that the legal case made by the Spanish so.called government* against Barcelona fans flying the Catalan flag at matches fell apart and they did indeed show at the Cup Final - you'll also like to know that their 'Plan B' would have been to fly the Scottish flag instead if the ban had been enforced.

I say 'so-called' because there actually isn't a government here, hasn't been since December, but the same ols B***-***t comes out of Madrid ...

by Redmurty
nothing new for Scottish teams to be political or sectarian :whistle:

by ollydog
politics cost me a potential chance at the 1980 olympics in my chosen sport at the time, zero funding to start with and under pressure to conform

Don't have a problem with it - in the main because I agree with the sentiment, the occupation of Palestine and the treatment of Palestinians by the Israel govt is appalling.

But I'd hate to be in a crowd that unfurled a racist banner, in a crowd situation how do you opt out of such a display?. I feel queasy when the national anthem is sung - I don't believe in God or the Queen, so singing 'god save the queen' seems daft to me - I usually sit down when it's being played, but often get abuse or dirty looks from fans around me.

by ollydog
hi dave i always stand for the athem, but if you chose to site that is your right and i am ok with that, but a lot of others dont just stop and think for a minute that he may have a point he is making or its not his belief and again thats ok with me

but top marks for your comments

by Scott_rider
There is no place for that type of thing in sport and let's be honest in this case they were probably just doing it to get under the skin of the Israelis rather than a genuine support of the Palestinians :whistle:

And, singing the National Anthem should be made compulsory, in my opinion (thumbs) .

by Mac 60
Bullshit, pure sectarian bullshit. Most celtic supporters wouldent be able to tell you the first thing about Palastine or its history let alone find it on a map. Likewise would the Rangers supporters on Israel. Any that do are mostly a silent minority who know better than to say anything. My reasoning drawing this conclusion is coming from Northern Ireland where both teams are followed with an almost/actual religious zeal. Go into any repulican area over here and you will see Palastinian flags flying from lamposts along with Irish Tri colours and other republician flags, likewise in Loyalists areas where you will see the Israel flag on display. I work along side young men from both communitys and often amuse myself asking them the meaning of these flags presence and their ignorance is beyond belief not only about the middle east but on their own country. To coin a phrase ive heard used here " Pub historians". Most have never read anything more indepth than the Sun newpaper since leaveing school. In conclusion no sport shouldent be used this way.... Sry for the rant but it boils my shit !

Scott_rider wrote:
And, singing the National Anthem should be made compulsory, in my opinion (thumbs) .

I think Sir Wiggo has the right approach myself 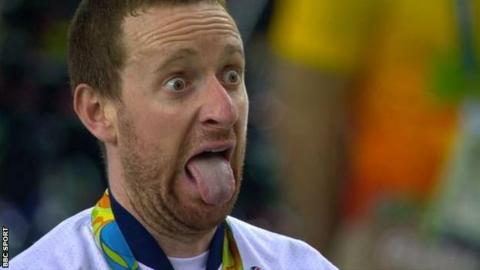 by hansblix
Well done shame them.
Israel has got no right to exist. jewish rabbis would agree that jews dont have the right to set up any jewish homeland they are ordered to live within other nations.
While we are having this discussion.
BOYCOTT GOODS FROM ISRAEL
CHECK WHERE THE FRUIT GOODS U BUY COMES FROM.
All times are UTC
Page 1 of 5
Powered by phpBB® Forum Software © phpBB Limited
https://www.phpbb.com/