Panniers: Useful or a pain in the arse?

I used Metal Mule 38lt boxes when camping, but for "City" use, got a pair of Despatch Rider boxes from Keith Gold & used a set of TT mountings to make a setup that was narrower than the bars, but had capacity to carry a Laptop bag or 12 full size cans of beer in each.

I'm not certain that he is still trading, but he used to make these, & loads of other boxes that looked like old Cravens & Police spec jobs, in good old fashioned Fibreglass which he would colour to your spec. Also did those mad Porta Potty looking things that were Top Box & Panniers combined & took up the rack & pillion seat on a Kwak GT550. ( 01527 545078 is what it says on the sticker on side of box ).
SUCK : SQUEEZE : BANG : BLOW

I don't think filtering is allowed in Germany either (someone correct me if this is wrong), hence the big Beemer's hard panniers are massive!

Soft panniers are a bit more forgiving when filtering, and drivers get less annoyed when you accidentally scrape the bags on their cars.
Top

The Wilbur wrote:I used Metal Mule 38lt boxes when camping, but for "City" use, got a pair of Despatch Rider boxes from Keith Gold & used a set of TT mountings to make a setup that was narrower than the bars, but had capacity to carry a Laptop bag or 12 full size cans of beer in each.

Those panniers look absolutely cracking. Exactly what I need for work.
Top

The Wilbur wrote:I used Metal Mule 38lt boxes when camping, but for "City" use, got a pair of Despatch Rider boxes from Keith Gold & used a set of TT mountings to make a setup that was narrower than the bars, but had capacity to carry a Laptop bag or 12 full size cans of beer in each.

Those panniers look absolutely cracking. Exactly what I need for work.

They were good for advertising my Bike Valeting business, but unfortunately the timing was wrong & I was left all but bankrupt :S

i was kinda forced into using them ... bloody camping grr

but the ortilebs did there job brilliantly ...rain .. loads of big downpours ..rough rough roads and tracks always leaving the contents bone dry ..simple to open and stuff ..hard to fault them
they have been attached to the bike on all sorts of trails before morroco to practice and try out with weight ..taken a couple of slow speed tumbles
and proven themselves for over 4500 miles on a big trip
part of the succsess was managing to suport them with tool tubes which also made a handy lashing point which has no doubt helped ... all straps and lashing points are 100 percent intact ..i have been impressed with their performance ..cou[pled with a huge saving in weight

obviously if a pillion was to be carried they would be a good option ..

on tyhe flip side i would say the teneres tucked exhausts lend themselves to these bags very well
a wider bike with a high exhaust may present more of a challenge to these or other makes ..without a rack fitted orbetter still a light frame welded up

the big disadvantage for me of loading the seat . is thats its bloody tough to get on and off on a bike as tall as this ..even using the step on the peg leg over method and thats on tarmack
the tiller girl method would result in a 50 percent kick the bike over chance
i cant get me leg over as well as i used to

the other thing [god forbid ] i feel it restricts the ability to part company with the bike should you need too ...if you see what i mean

off road either way it may prove a great photo oppetunity for me mates :S

im now considering a big rack and one dry bag as a option as well and do away with the box and panniers altogether
... as i will not be camping again ever 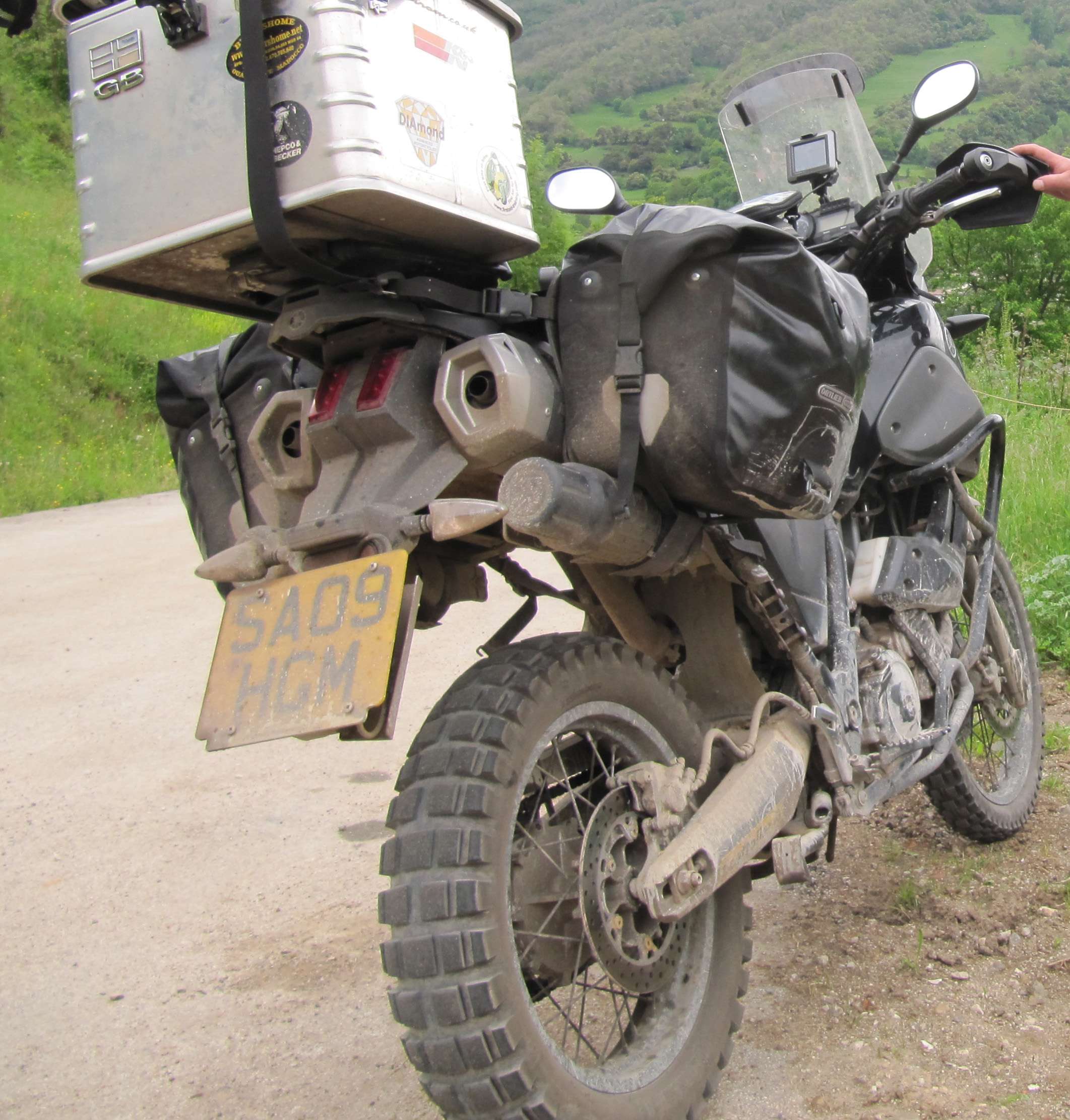 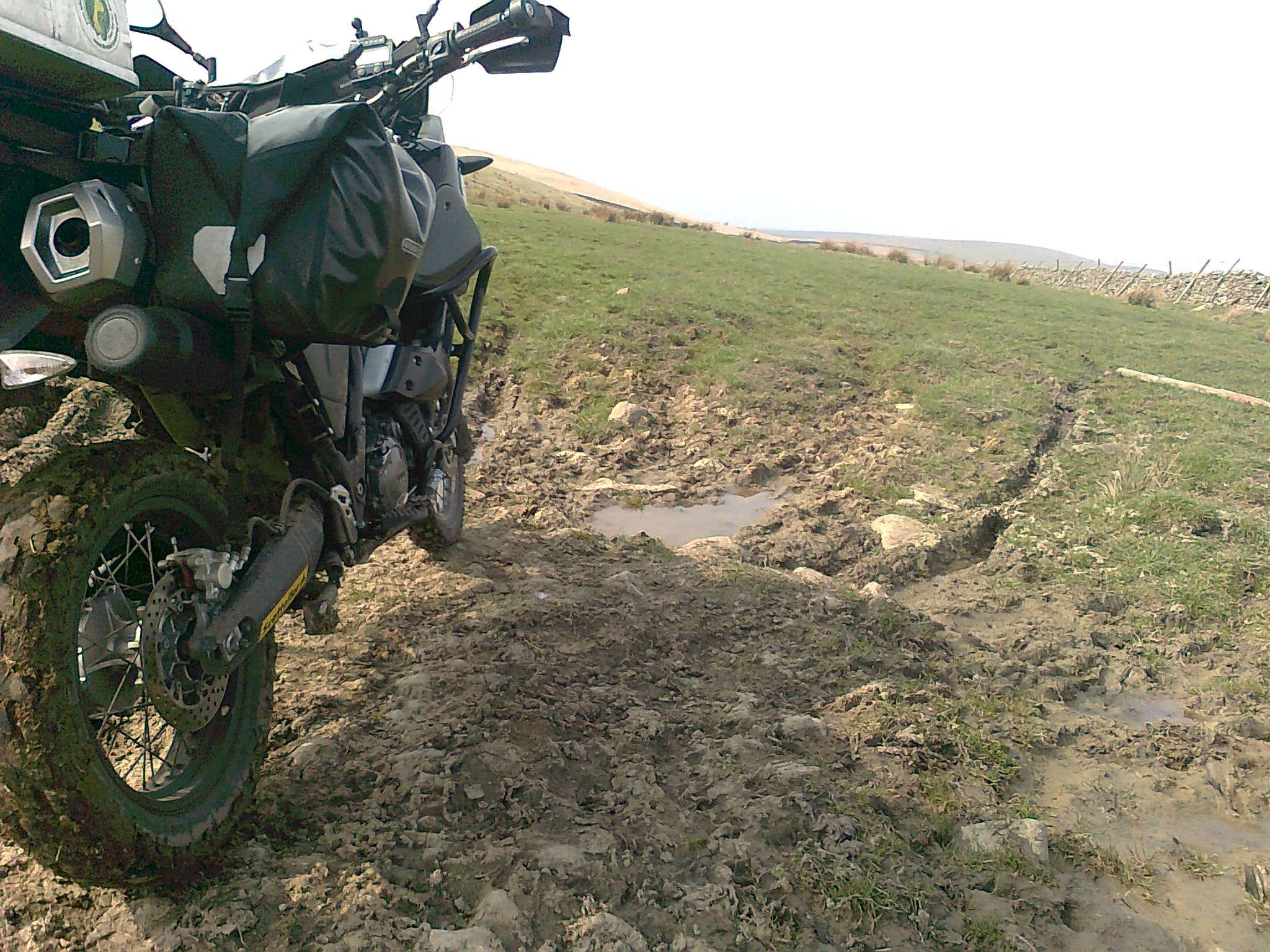 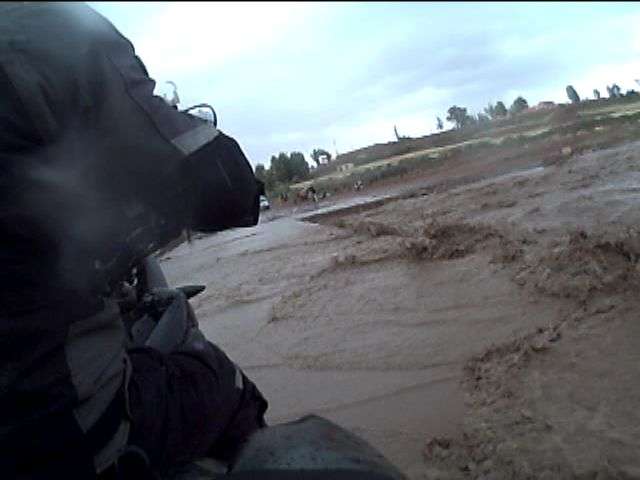 That’s the same concern I’m having at the moment, with the Euro trip two years back the metal panniers worked great to keep the spare cloths etc dry and secure, but, they have one slight disadvantage; they’re too heavy. They did, and do, their job very well and are worth every penny. The only trouble I’m having with them, our is it, if I’m honest, the bikes limitations (XT660z -2008) to carrying these weighty boxes, is its weight.

So…what I’ve done for this years Euro trip is to have a change (is better than a rest) of carrying cases, a set of Cargo Endurance panniers will be thrown over the bike, with a top-box and tank-bag too, and I’ll be travelling extremely light this year.

Yeah, the boxes aren’t what I’d call a pain in the …, I do think that the advantages outweigh the disadvantages. Filtering etc with boxes, for example, is always going to be a little difficult, but that’s the price ya pay for a little of that security and weather protection.
"See ya later babe, goin' for a ride, I'll be back in a while".

I Venture rather than Adventure.

Quote: "You know you will buy, because boredom creates hunger".
Top

Just read through this thread and i think the photos are the guys you mentioned. Unfortunatly they are all back in the UK, not 100% sure of the reasons why but illness was involved. At least they had a go. John on the Honda got as far as Dakar

If you haven't tried it, FWIW 01527 is a Bromsgrove/Redditch code (Worcestershire)
"Just living is not enough," said the butterfly, "one must have sunshine, freedom, and a little flower." - Hans Christian Andersen

lmg wrote:I thought the regulations required the widest part of the bike should be the handlebars? I know a bike trailer (ie a trailer pulled by a bike) can be no wider than the handlebars.

"The distant echo of faraway voices boarding far away trains,

To take them home to the ones that they love and who love them forever......."
Top

Hard panniers are great if they sit within the silohuette of the bike and rider sans luggage. 2 reasons - obviously for filtering but also for fuel economy, although the shape of the pannier will have much to do with this.

I'm constantly amazed at the overall width of some set-ups. Take a look at Moto Guzzi's Stelvio NTX with the Trax cases - I'd be very wary going through the 6ft 6ins bollards at speed with those on! Other bikes with high exhausts are just as bad. The alternative, as used by Triumph on my (955) Tiger is to shape the panniers so that they sit further in towards the centreline of the bike. Unfortunately on bikes like this the pannier on the exhaust side is reduced in capacity.

The square aluminium boxes are technically superior of course but they bring with them a huge void of wasted luggage space between the scaffolding poles of the mounting frames and the bike itself. Despite the other advantages (use as a table, better shape for loading, kudos etc.) I'd rather stick with the slimmer OE Triumph cases. They DO leak a small bit but this is DIY fixable (I haven't bothered) and the inner bags keep things dry anyway. The shape suggests that they would not increase drag by much and in any case, they sit within the profile of the unlugagged bike with rider.

I've been camping 2-up using the Triumph top box, panniers, tank bag and my pillion wore a small rucksack. It was enough space, but only just, and it was easy to just unclip the tank bag and use the small rucksack if we had to leave the bike unattended. I'm on the side of the fence that says "if you can't fit all your stuff into your luggage, then you are taking too much"

On another trip with the same set up the bike returned 58mpg. Can't argue with that!

Users browsing this forum: No registered users and 15 guests