Amusing write up, cheers.
I'm 8000 miles up on mine and struggle to find fault with her. I had a test ride on one purely to satisfy myself that it could genuinely handle a motorway blast because although mine was bought as a trail bike and is used as such, we know that trailriding involves far more road work than we'd like, particularly if you're going to do anything European as we did this summer!
Having ridden a 250l a bit i reckoned the Rally did need something extra and it does have it. The suspension was an obvious poor point but it's easily and fairly cheaply remedied with a YSS shock in my case. Let's be fair, it's not uncommon to spend a few quid on high end bike suspenders so it wasn't a concern for me. It has transformed the bike in my opinion.

I don't see any need to rev the living tits off it though as many seem to, nothing happens after about 7.5k for my money and talk of redline this, 10k that is plain nuts but maybe it's me!

I get a bit of stick from them numptys that call themselves the "Adventure Bunkhouse Crew" for riding an overweight, underpowered commuter bike but i wouldn't have it any other way!

I forgot a photo. 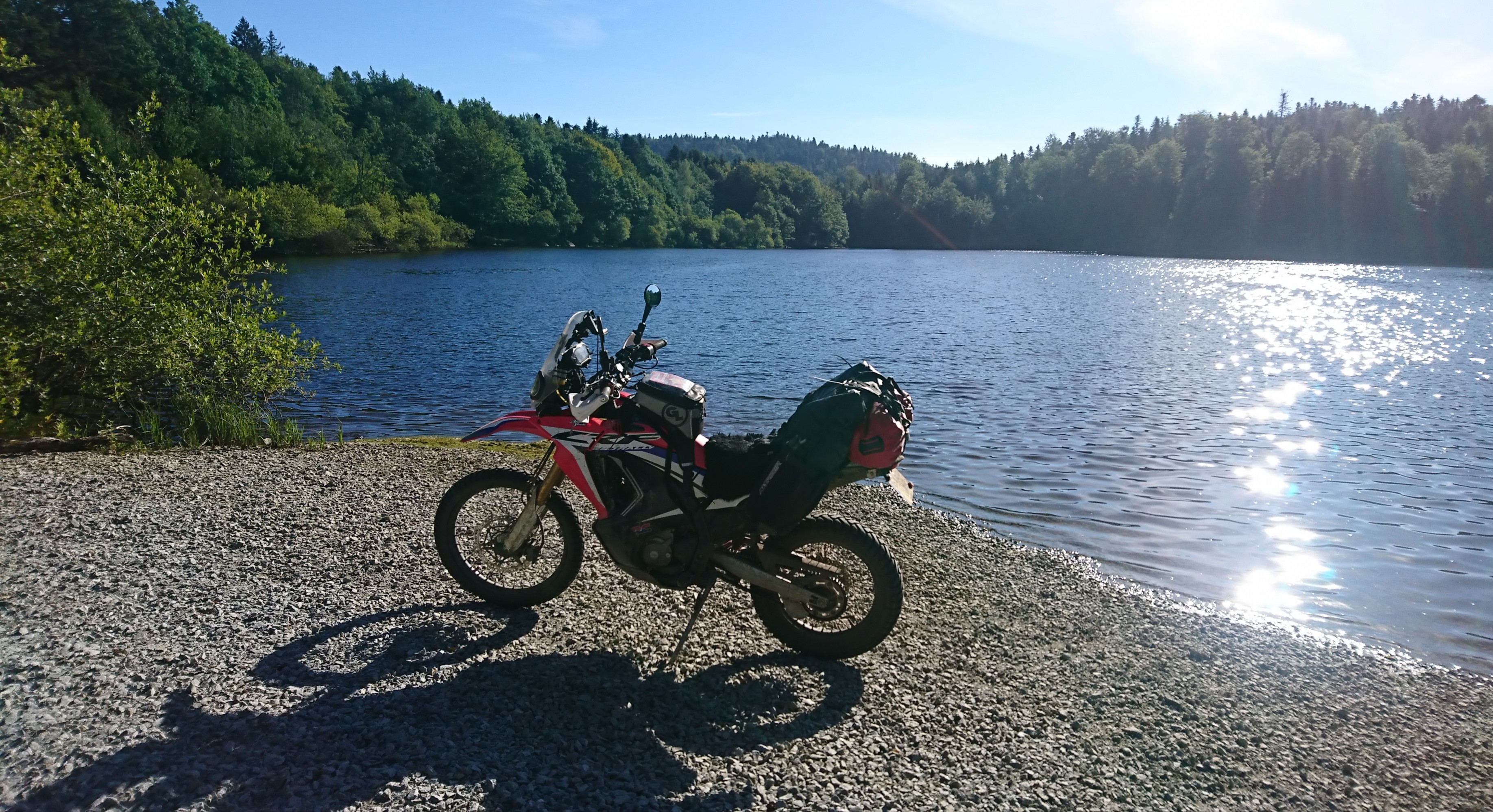 I do like these bikes! has anyone fitted a bigger tank? can it be done?
Top

It can, a larger conventional tank or a camel tank that replaces the toolbox. I think you'd be hard pushed to need the extra in the uk mind and we did 3k miles round europe in the summer without struggling for fuel.
The lads over the pond are keen on them though, different logistic altogether.

dibbs wrote:I do like these bikes! has anyone fitted a bigger tank? can it be done?

You're not getting another bike are you?

Sent from my SM-A510F using Tapatalk

Good write up mate, good to see others enjoying an underrated bike.

I did the same recent French trip as Scooby and Cowling on mine and it never missed a beat. I was a bit precious with mine at first but now I've done a fair bit of trail riding on it and it just soaks everything up.

Mine is a year old now and I've covered 4000 miles and apart from the awful rear shock which I replaced with a YSS it's been fine. I also fitted a carbon fibre bash plate made by catcitrus on this forum and that's been well worth it to protect the underside of the bike.

dibbs wrote:I do like these bikes! has anyone fitted a bigger tank? can it be done?

You're not getting another bike are you?

Sent from my SM-A510F using Tapatalk


Hahahahaha you know me mate!!!