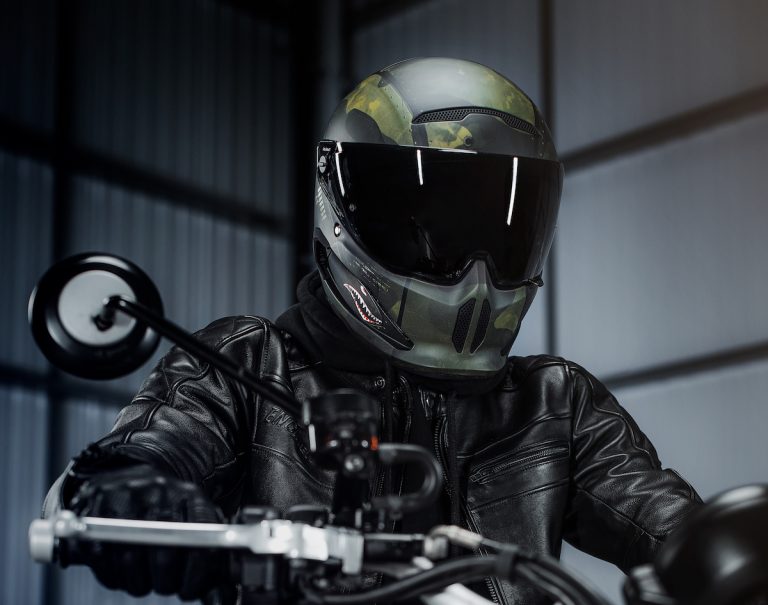 This isn’t a helmet for shrinking violets. This is a lid for bikers who want to turn heads on their next tour.

When it comes to creating eye-catching helmets, few do it better than UK-based company Ruroc and its latest release, the Atlas 3.0, is no exception.

Founded in 2010, the firm started life creating innovative full-face helmets for the world of snowsports. Those unfamiliar with the world of winter sports may also be familiar with Ruroc’s stormtrooper-esque chrome lids, which were the talk of Formula One fans when they were worn by a number of pit crews in 2013.

With its helmets firmly in the public eye, Ruroc turned its attention to motorcycling, creating the Atlas helmet. Firmly aimed at riders who stick to tarmac, the Atlas offered plenty of ventilation for summer touring, mean good looks, and a plush inner liner to make life in the saddle comfortable.

An updated model followed soon after, and the British outfit has now revealed its plans for a third generation of that helmet, the Ruroc Atlas 3.0. So, what’s on offer with the new lid? 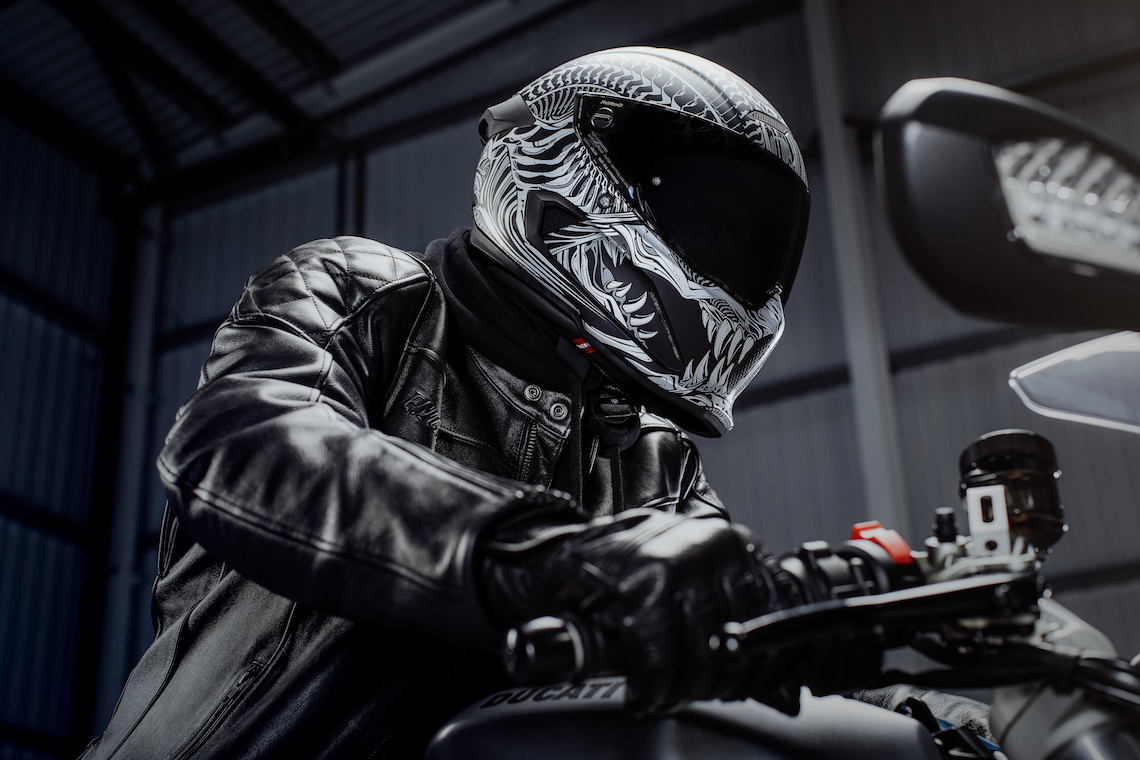 It’s impossible to talk about the Atlas 3.0 without first mentioning the elephant in the room, those looks. The gaping mouth vent and sharp lines are guaranteed to get you noticed on your next ride.

Ruroc knows the extreme style is a big pull for bikers buying the Atlas 3.0, so it has gone a step further by offering a choice of 16 different colourways to further customise your final look, from a Liquid-Carbon (my personal favourite) all the way to the colourful and vibrant Japanese-inspired Fujin.

To put that level of choice in perspective, Arai’s Tour-X 4 comes in 18 colourways, and it’s been on the market for years (and none of Arai’s helmets have a cartoonish grinning face across the chin bar).

Of course, there’s more to the Atlas 3.0 than its mean good looks. It features a carbon fibre shell, the strongest and lightest material currently used by helmet manufacturers. With this in mind, it’s no surprise that it weighs in at just 1.4kg. That’s pretty light for a touring helmet. The Atlas 3.0 is also and is DOT and ECE certified so it ticks all of the relevant safety boxes,

The shell has undergone a series of aerodynamic tweaks, including ditching the visor cover that produced some turbulent air on previous models, to enhance the helmets stability and improve airflow while you’re riding along at speed.

Not only should this help avoid any dreaded neck ache on long rides, but Ruroc also claims this aero tweaking will make the Atlas 3.0 considerably quieter than previous models, another plus while on tour. 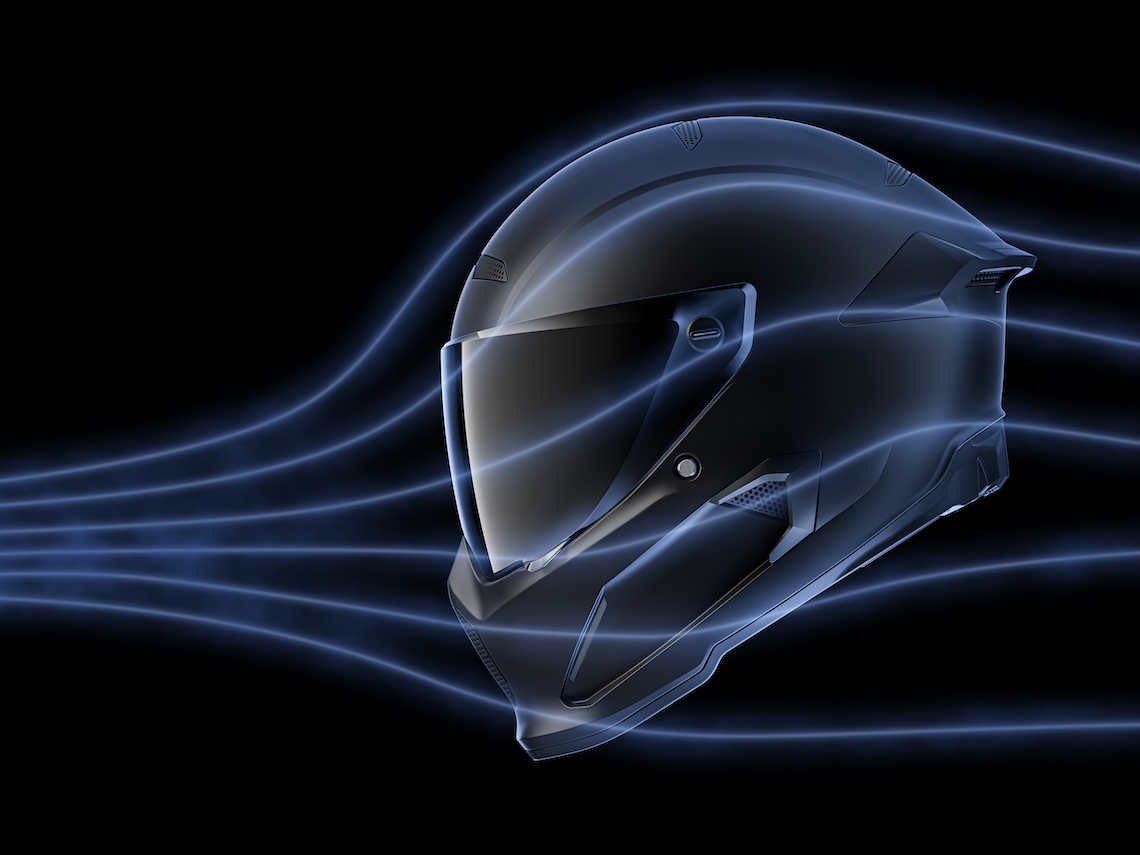 Comfort in the saddle

The British brand also says its new edge-to-edge visor will offer a wide, crystal clear view of the road ahead, possibly even rivalling the view you get while wearing a typical adventure helmet. The visor also comes with Pinlock fitting points, a big plus for visor-fog-free winter riding. Buyers get the choice of nine different coloured visors too.

The Atlas 3.0 also features a moisture-wicking internal liner, while a Fidlock chin strap uses magnets to make buckling up easy, even when wearing thick gloves.

Another new feature that caught my eye is the updated Shockwave Bluetooth comms unit. Ruroc’s own design, it’s an optional extra that is designed to easily slot into the rear of the helmet with the help of magnets.

It’s a nice, subtle way to integrate comms into a helmet for those of us who aren’t fans of large units on the side of our lid when we’re out riding. The buttons have also been enlarged to make operating the comms unit easier with gloves on. 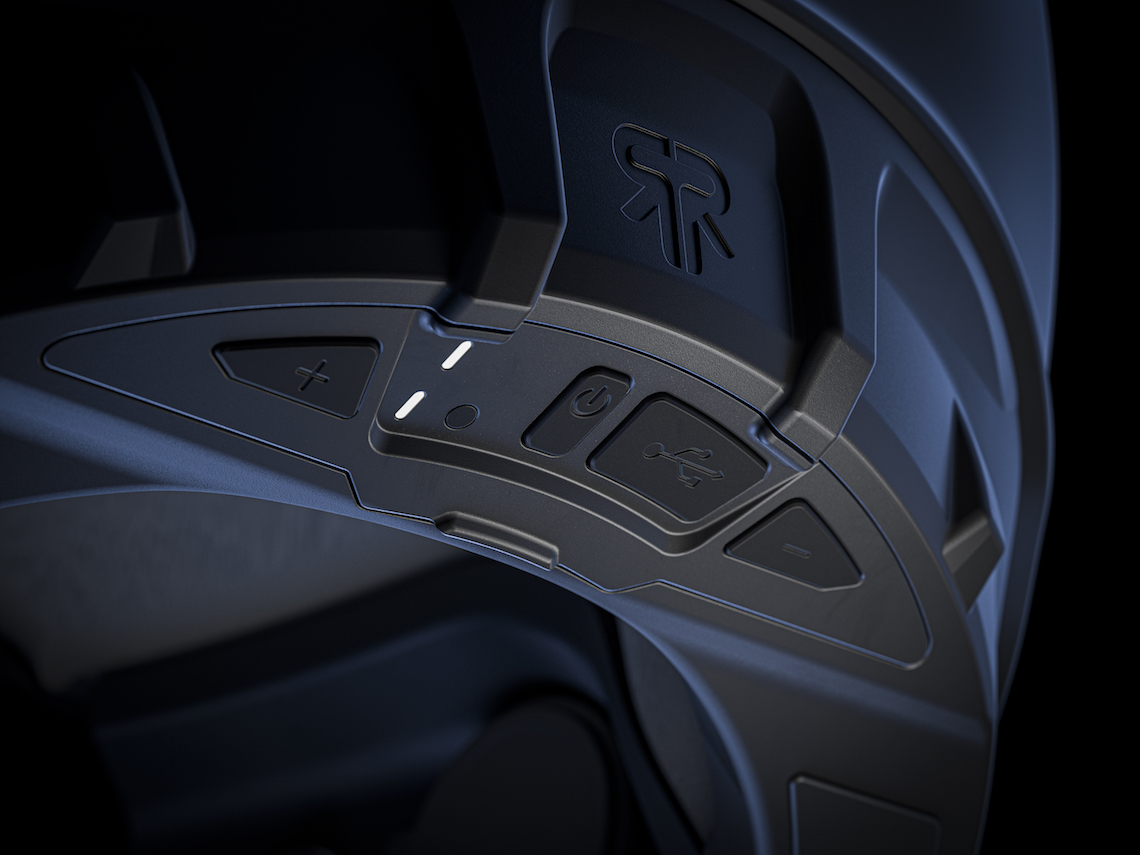 This bold lid is bound to catch the attention of passers-by. But, it’s not just a show pony.

With an emphasis on ventilation, rider comfort and aerodynamic fine-tuning, it’s a helmet that should, on paper at least, be very nice to wear away on tour.

If you want to grab one for yourself, the Atlas 3.0 goes on sale on Ruroc’s website from midnight on Friday 26 March. You can also find out more information about the helmet here.