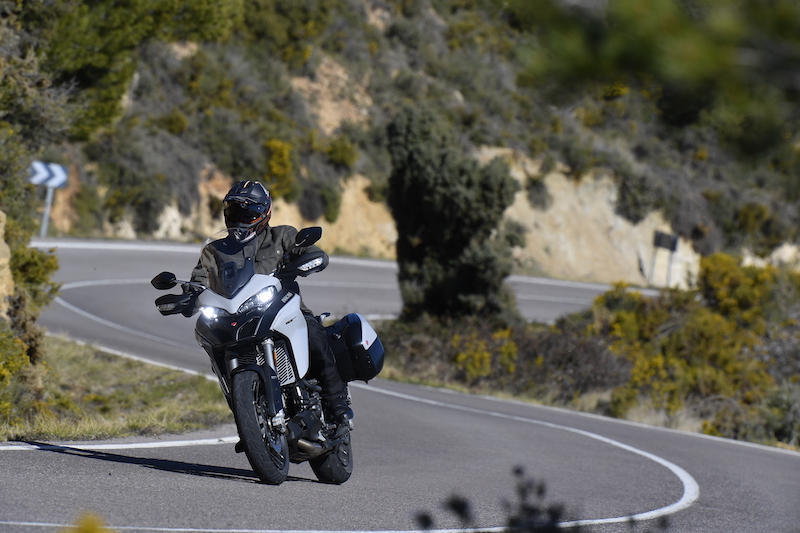 Back in the ‘80s and ‘90s when the motorcycle market was dominated by Japanese sports bikes, the ones we all coveted were the top of the range, big capacity machines. From the Suzuki GSXR and Yamaha FZR1000 to the awesome Kawasaki GPZ1100, these bikes were the most expensive, the most powerful, were capable of the highest speeds – they were the top of the food chain and they sold by the container load.

But if you were smart, you left those behemoths to the rest of the herd and invested your hard-earned cash into a 750. Almost without exception, the smaller capacity bike would have better handling, be more agile and, blessed with a much more usable spread of power, prove to be a far more enjoyable bike to ride.

Sports bike sales might have declined to near critical levels in the intervening thirty years, much as many of our hairlines, but could the same logic follow forward to the new Mutistrada 950 S? Could the downsized version of Bologna’s finest outclass its big brother? Is 950 the new 750? 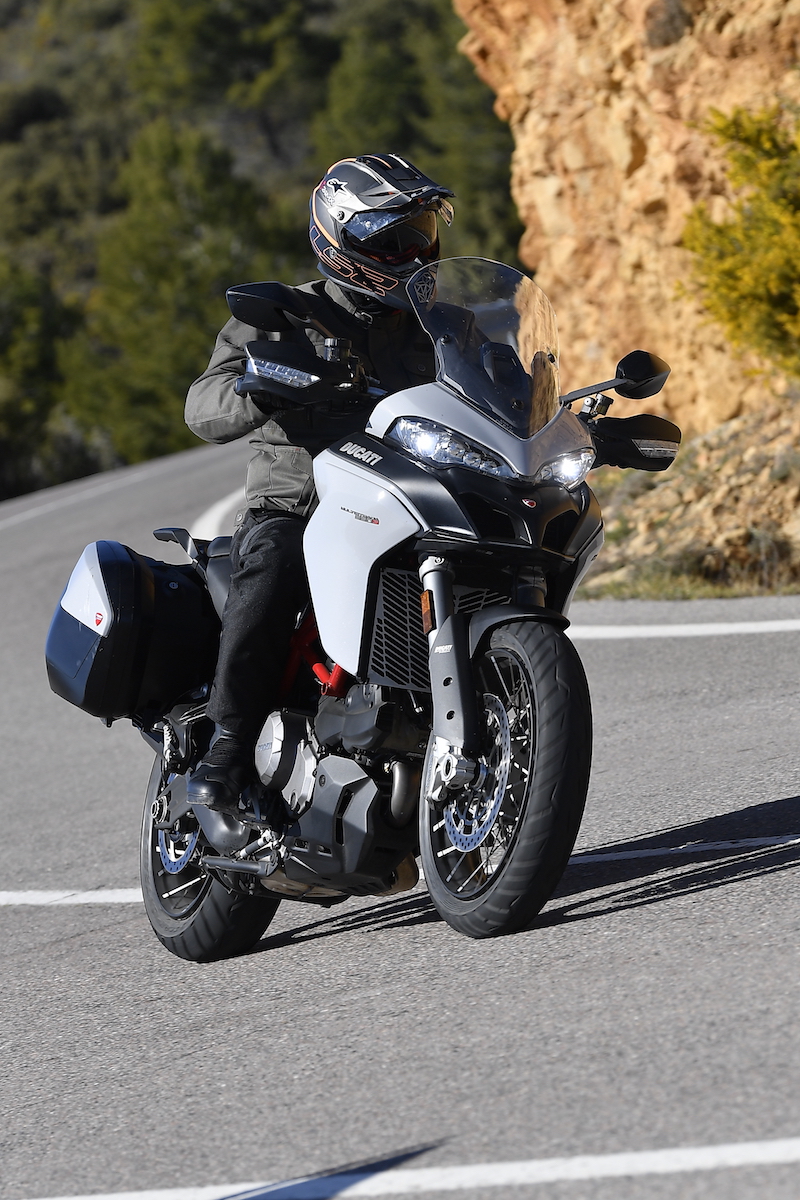 The actual cosmetic changes to the 2019 bike are relatively minimal – if Ducati hadn’t swapped the side wings to the same as those on the 1260, then the 950’s profile would be almost identical to the bike launched in 2017. On the engine front, there has been a noticeable absence of work too, save for the addition of a hydraulic clutch and a new exhaust can. So, what’s the big deal with the new version then?

The big deal is the technology. The little 950 S now gets the whole electronic package from the premier league bike in one complete hit. Now fitted with the same back-lit control pad and a suitably massive TFT screen, you can switch between four different riding modes (Urban, Touring, Sport and Enduro).

Once done, all manner of parameters from ABS and cornering ABS to suspension set-up and response, traction control and engine performance are instantly adjusted and configured for your riding pleasure. And it doesn’t stop there. There’s hill start technology, a seamless quick-shifter, electronic preload adjustment, LED lights – the list goes on. 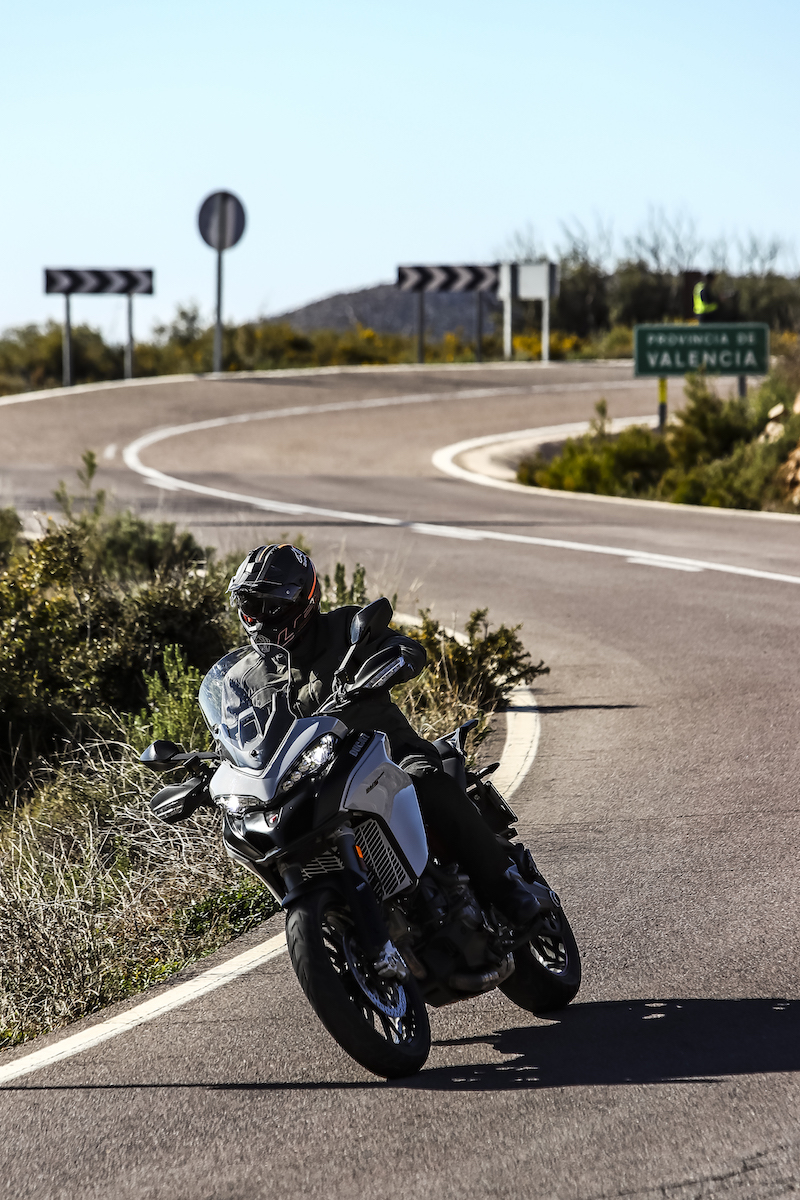 Out on the road, all the new tech transforms an already good bike into a complete joy. With seamless fuelling through the cable-free throttle and big throttle bodies, the 113bhp on offer from the 937cc L-twin lump is plenty enough to bring a massive grin to the grumpiest of riders.

Whether in the leisurely touring mode or the full banzai sport mode, the new 950 is a complete hoot on everything from tight backroads to autostradas. If the performance impresses, so will the suspension. In whichever mode you chose, the active settings constantly adjust the bike to maintain the poise and control of a vicar, even if you are riding like a rock star.

Don’t forget the brakes. The 950 S gets those same massive Brembo Monoblock units that can stop a super tanker on a dime thanks to the Bosch ABS tech and the beautifully squidgy Pirelli Scorpion Trail hoops. This is a seriously impressive motorcycle. 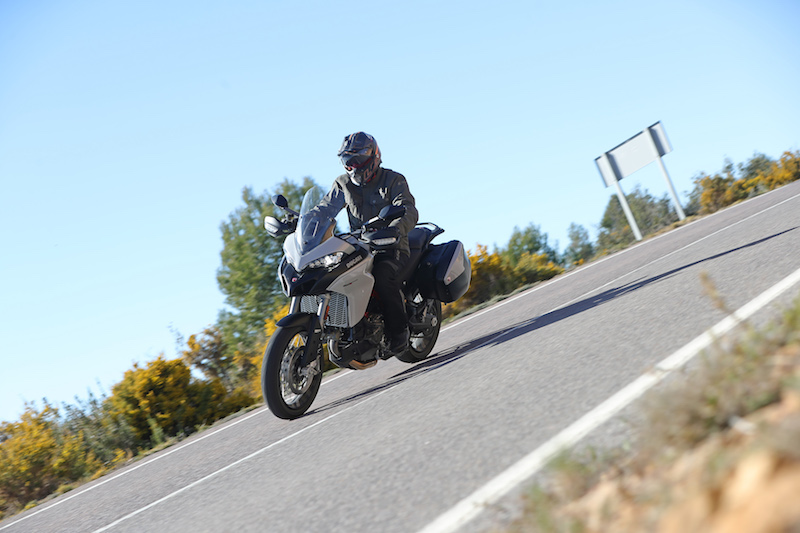 Of course, there will be a proportion of the market who will naturally be suspicious as to how a smaller bike can really be a better option, applying the familiar ‘Spinal Tap’ logic to the Multistrada range and overruling the 950 in favour of the 154bhp on offer from the 1260, and that’s a perfectly reasonable decision.

The hit of those massive motors is truly intoxicating, and on a more practical note if you are touring big distances two-up with luggage, then the bigger machine makes a more obvious choice.

But if that’s only a small part of your riding calendar, then the 950 begins to make much more sense. At nearly 5kg lighter, it’s more agile and quicker steering, and with that smaller, punchier motor, could this bike be the smart choice, just like those 750s back in the day?