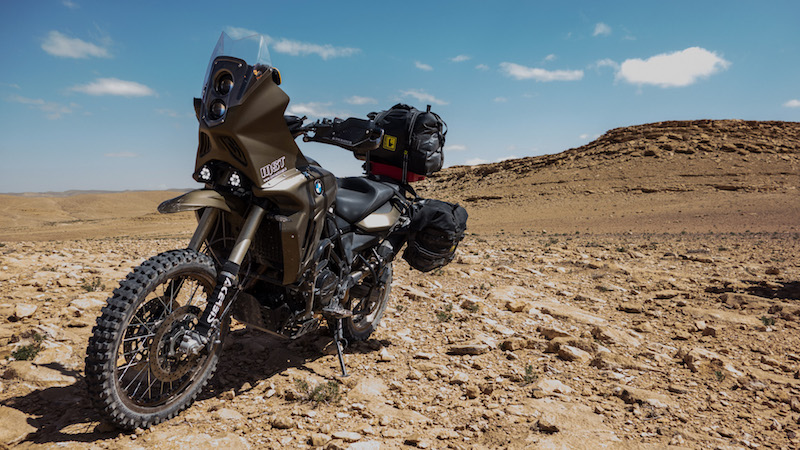 For the last seven years Manuel Villa has been creating some impressive custom motorcycle builds, so we decided to take a closer look at this beautiful and almost unrecognisable BMW F800GS, which has been dubbed the RallyCompX.

It’s hard to believe that the bike in the image is a BMW F800GS, such is the drastic nature of the changes that Manuel Villa has made to the machine. Manuel, who hails from Italy, founded Moto Special Things (MST) when he decided that he wanted to develop rally kits for motorcycles that could be installed without damaging the basic model. “The transformation of the BMW,” Manuel says, “was to give bikers the chance to see a beautiful bike”. 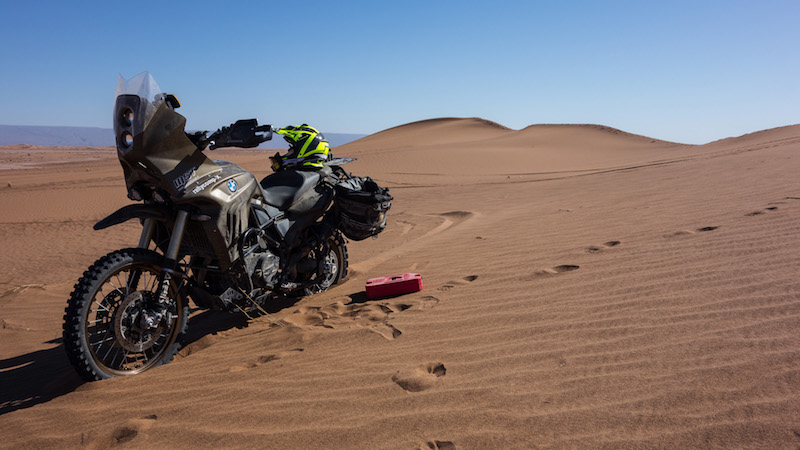 Manuel’s been assembling custom builds for over four years now, thanks to the encouragement of his family business which manufactures molds for sheet metal forming and precision engineering. “I started to think about the possibility of offering a new interpretation of the style of more famous maxi-enduro bikes, such as the BMW GS and the KTM 950/990.”

“With the BMW F800GS our attention was focused on the chassis, ergonomics and looks for long trips, because at the end of the day, the eye wants to be impressed as well. The engine of the F800GS is so generous that we didn’t need to change much there.

“We chose to mount tubeless wheels from our Kineo range with the hub and rim extruded and machined using CNC machines. This ensured the accuracy of roundness to one tenth of a millimetre. The effect of this modification reduced the weight of each wheel by almost 4kg.

“We improved the chassis by swapping the original forks for closed cartridge Mupo forks that allow adjustment of compression, preload and rebound to give racing performance.

“At the rear we mounted a Mupo AB2 shock absorber that allows the rider to adjust the functions according to the road ahead. In this case you can adjust the preload, compression and extension for both low and high speeds.

“To further remove extra weight we replaced the entire exhaust system with new exhaust manifolds and a titanium exhaust made by MST. Last but not least, we mounted the new hull, the RallyComp X fairing kit also by MST, and this allows you to have a look that’s more appealing and like a Dakar motorcycle! 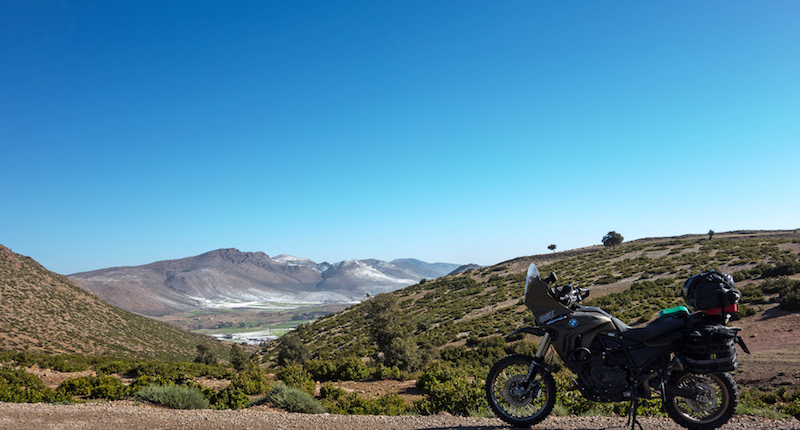 “The RallyComp X is composed of the two sides of the hull and hull front, made of plastic molded ABS and transparent plexiglass, and it’s made to be street legal, gaining TUV approval (European safety standards).

“The fairing kit can be installed without making any changes to the bike and so the F800GS keeps its forms and characteristics.

“We added extra lighting in the form of two polyellipsoidal 50 watt LEDs, but these are soon to be replaced by new LED headlights with a power output of 100 watts each. We kept the original dash but for long journeys we’ve added a mounting system for a Garmin GPS unit.

“Now the bike is a real adventure bike. Ready to tackle the deserts and any road but it’s also pleasing on the eye!”

To keep up-to-date with Manuel’s custom builds or for more information on the F800GS featured here, visit the MST website, or follow the company on Facebook.