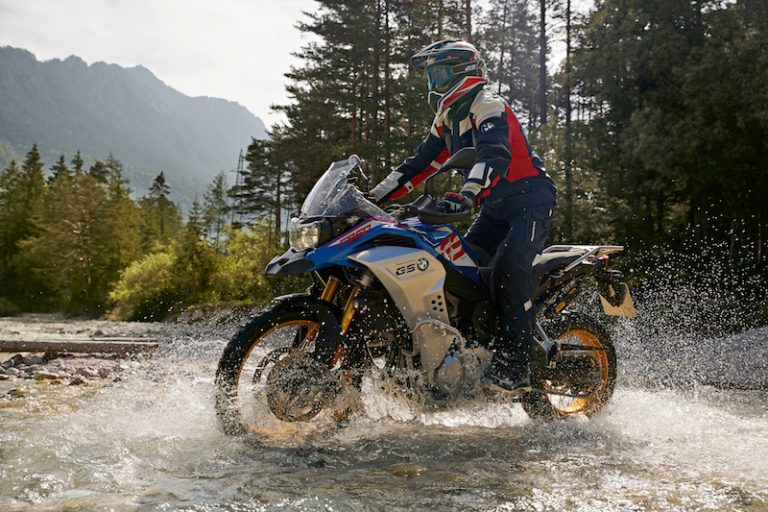 EICMA has yet again proven to be another bustling event for manufacturers like BMW, with the company recently announcing the BMW F 850 GS Adventure. BMW is known for making big announcements via the motorcycle trade show in Milan, and this year has been no different, with the firm lifting the lid on its new middleweight motorcycle that is catered towards the adventure bike audience.

Building on the standard BMW F 850 GS, the BMW F 850 GS Adventure arrives with a whole host of adventure-style improvements, including: an increased fuel tank (now 23 litres, instead of the 15 litres of the standard 850 GS), a larger windscreen for better protection from the elements and buffeting on long journeys, and a sturdier rear subframe that gives better accessibility for any pillions and more leverage to any travelling luggage. 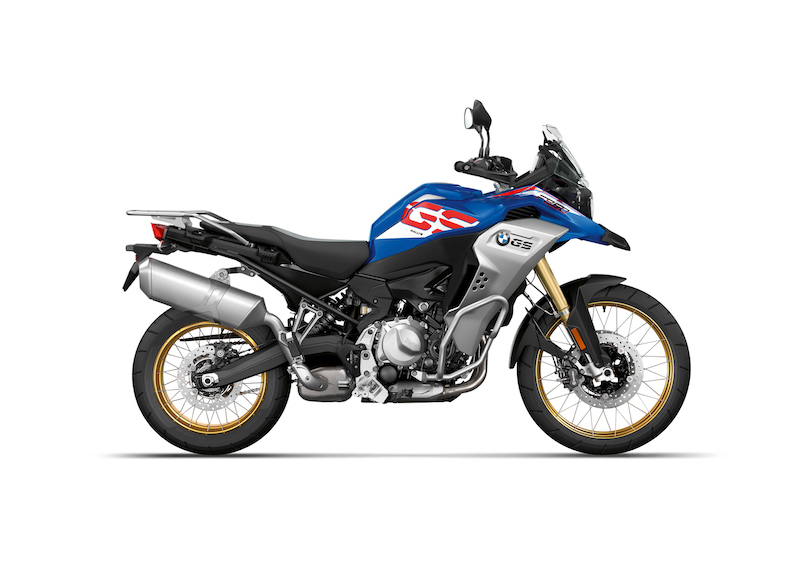 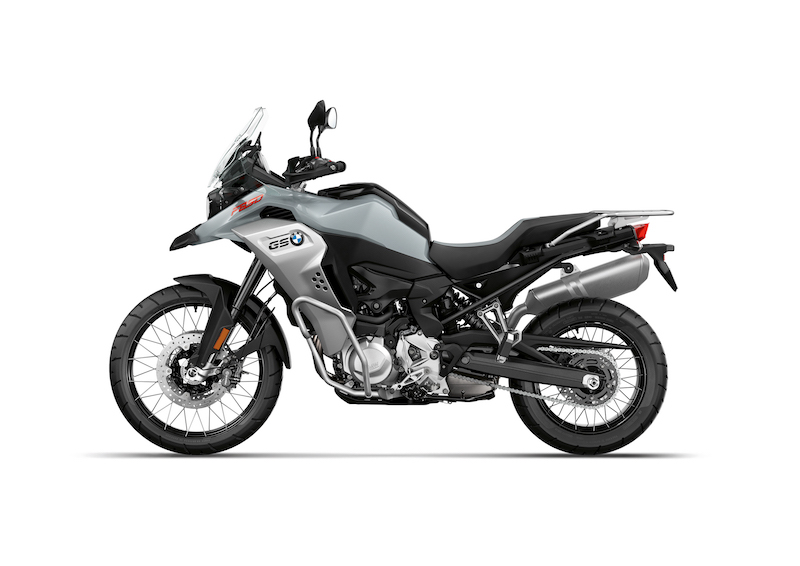 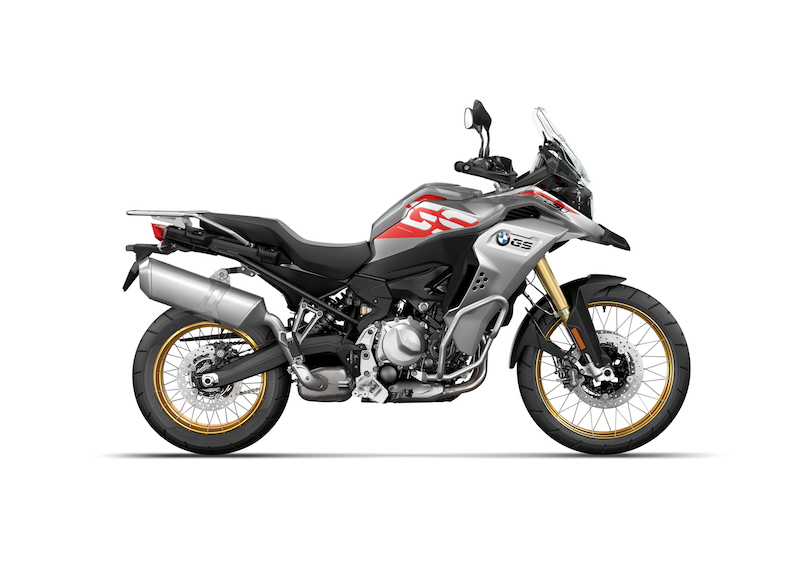 During the press release, BMW took the opportunity to highlight the last decade of GS models before going onto describe the new GS Adventure model:

‘Based on the dynamic and off-road oriented character of the F 850 GS, the new Adventure ideally unites agility and touring capability as well as increased off-road competence and outstanding long-distance qualities. Like the legendary boxer-engine BMW GS Adventure role models, the new F 850 GS Adventures now offers dedicated travel enduro riders, off-road oriented touring riders and globetrotters the perfect companion in the middle class for exploring the remote corners of the planet by motorcycle’ 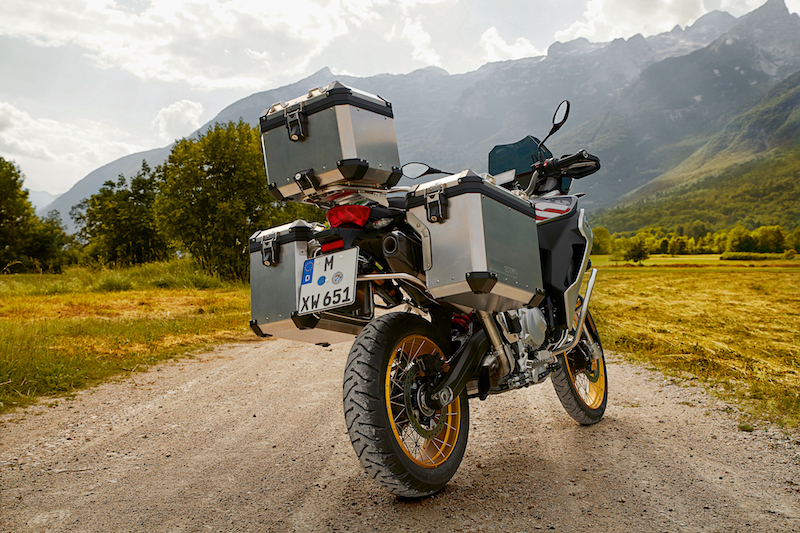 Like most of BMW’s ‘Adventure’ updates, the BMW F 850 GS Adventure is essentially the same bike as the standard model, but it makes use of a few enhancements to suit adventure riders’ needs. Not surprisingly then, the same great liquid-cooled, two-cylinder, parallel twin-engine that came with the original F 850 GS is present – which is capable of 95hp.

Other new additions are a new steel bridge frame for better robustness, as well as a new onboard electrical system that possesses a more powerful starter and alternator. Due to inclusions of all these added features, the bike is 15kg heavier than the standard 850 model (244kg) and has had its seat height raised up to 875mm (as opposed to the 860mm seen on the standard model).

BMW expressed that the new F 850 GS Adventure is ‘the powerful synthesis of agility, touring bike and off-road capability’, before further commenting on its off-roading capabilities by voicing that the ‘new engine inspires – with its sound, performance and improved refinement.’ 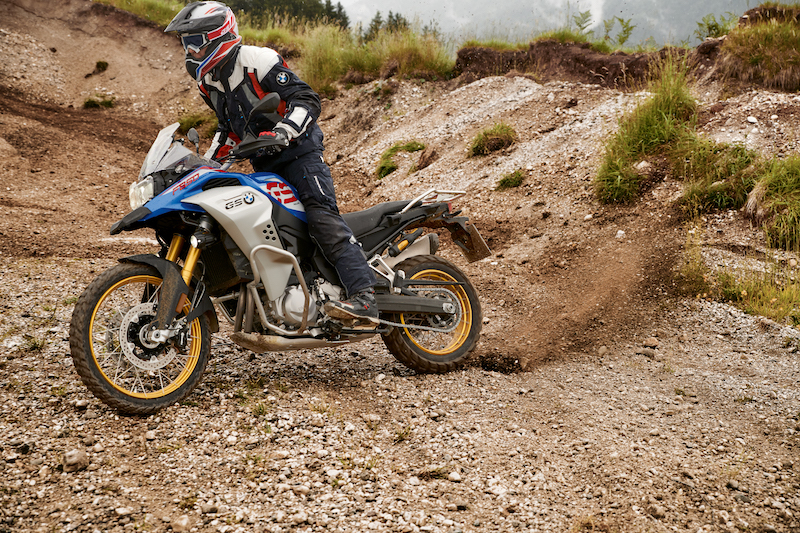 Launching alongside the BMW F 850 GS Adventure is a range of customisable equipment options, specifically designed for the motorcycle. These include different seat options, a new full LED headlight, different connectivity equipment (6.5-inch TFT display or eCall installation), and more, helping to make the motorcycle feel more personalised your needs.

Pre-orders the GS Adventure are already live, with the given price of £10,600. However, no release date has been given for the product aside from sometime in 2019.

This isn’t the first announcement BMW has made at EICMA 2018, as earlier in the week the firm revealed the new BMW R 1250 GS Adventure.

To give fans a taste of what It feels like to ride one of these incredible looking bikes, BMW has uploaded a promotional trailer, with stunt rider Chris Northover in the hot seat. During the video, Chris speaks enthusiastically about the motorbike while power sliding very smoothly around corners to show off what the bike is capable of. You can watch the clip below: