Your Dream Motorcycle Adventure: The Reveal 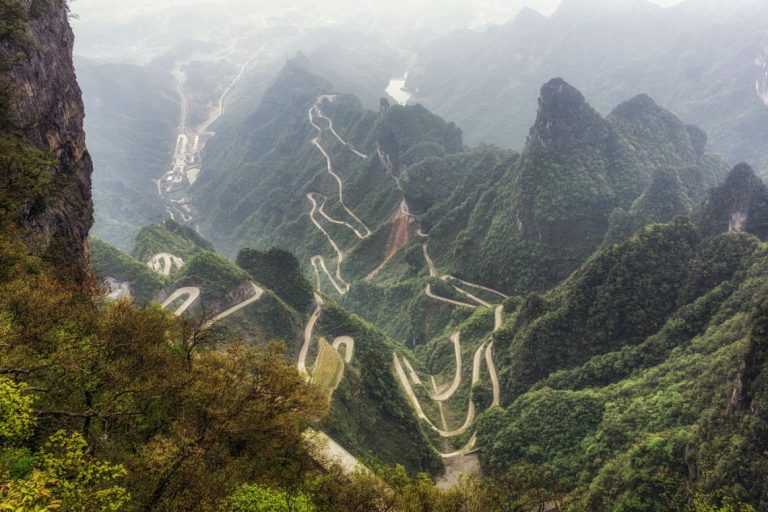 In the last issue of Adventure Bike Rider magazine, we heard from Alan Perrins, Country Manager for the outdoor clothing brand Jack Wolfskin. After being inspired by the stories told within these pages, Alan decided that, for his 50th birthday, he wanted to take four weeks off work to explore the world on two wheels. But there was a problem.

He had no idea of where to go, so we put the question to you guys, along with some familiar faces from the adventure motorcycling industry, asking “where in the world would you go if you were granted four weeks away from the rat race?” It was decided that a winner would be chosen, and that would be where Alan would spend his time away! So, after hearing some fantastic suggestions we whittled it down, and here they are.

Star of Long Way Round, Long Way Down and the popular TV show By Any Means. Check out Charley’s new book, Long Way Back, out May 1st (£20, AA publishing). 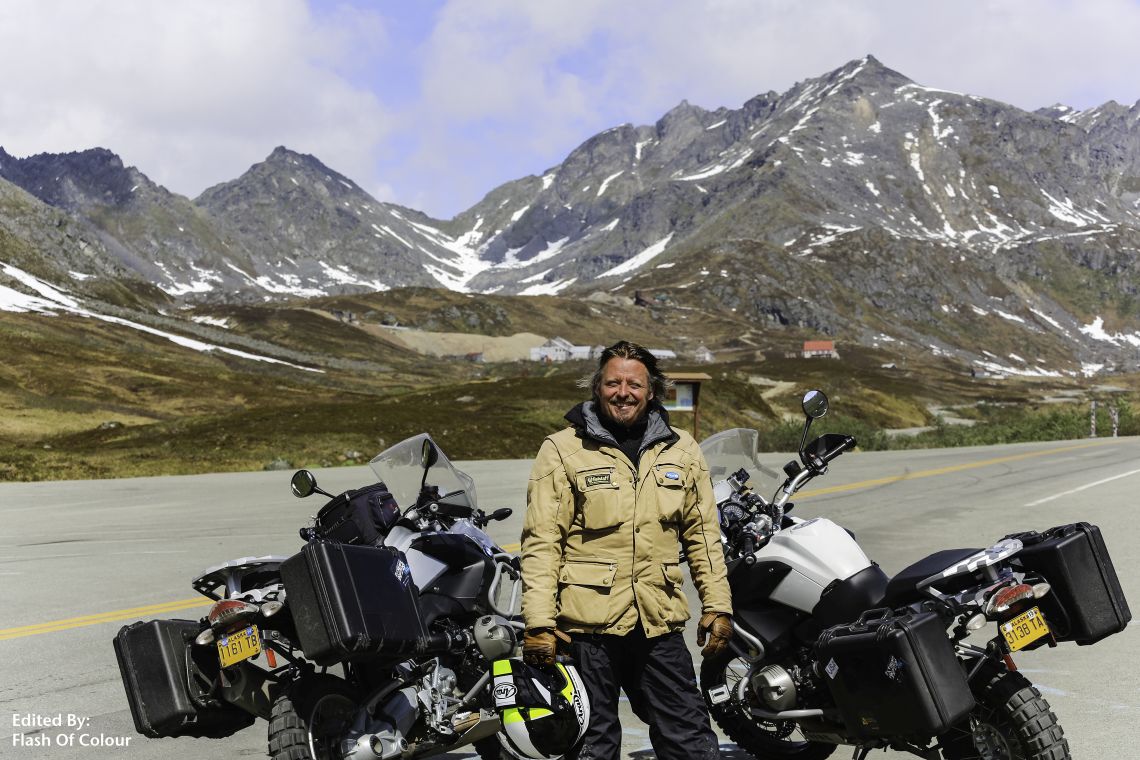 For me, it’s always about motorcycles, so the destinations I choose are based on whether I can ride a motorbike there. For me, it would have to be Mongolia. It’s one of the best places I’ve ever been because the influences of the modern world have passed it by. It’s almost as big as Europe and yet there are only 500 miles of tarmac in the whole country. 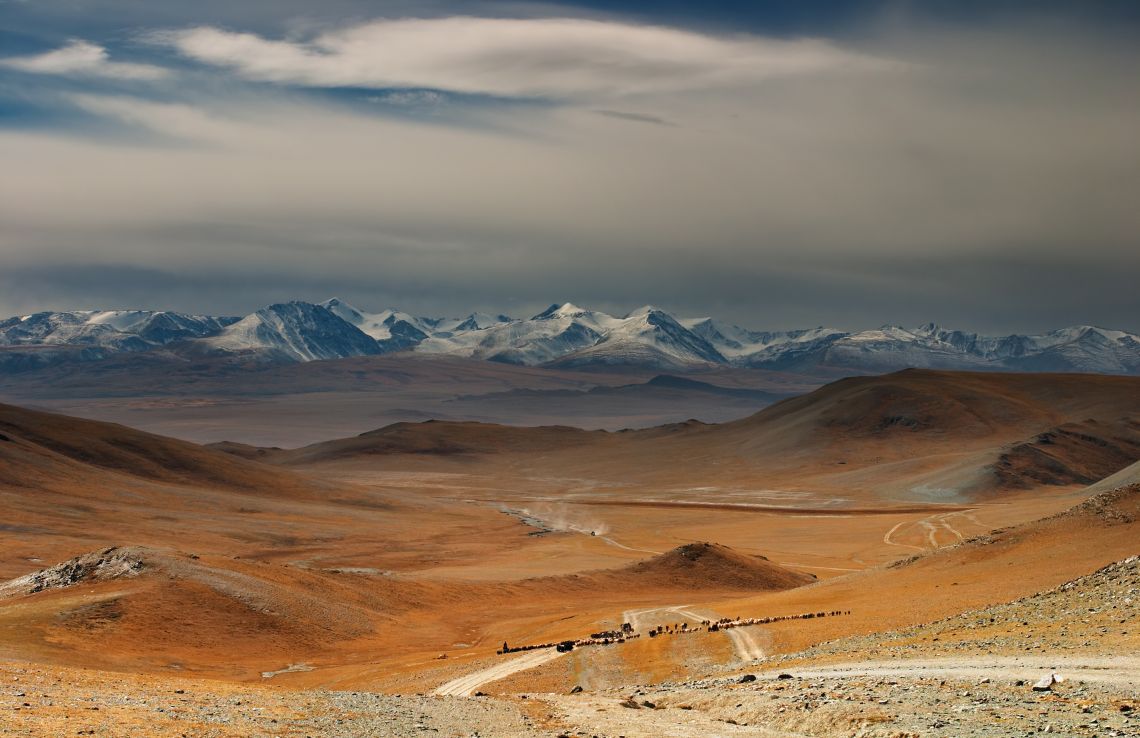 When Ewan McGregor and I got there during our trip, Long Way Round, that changed everything for us. It was the sense of danger, the complications and remoteness that made it so great. If you’re looking for an adventure, you need something that’s going to challenge you and Mongolia is the perfect place for that.

Riding around the world, while visiting all seven continents, on her Honda CRF250L. Since 2014 she’s travelled through 40 countries and ridden over 55,000 miles. 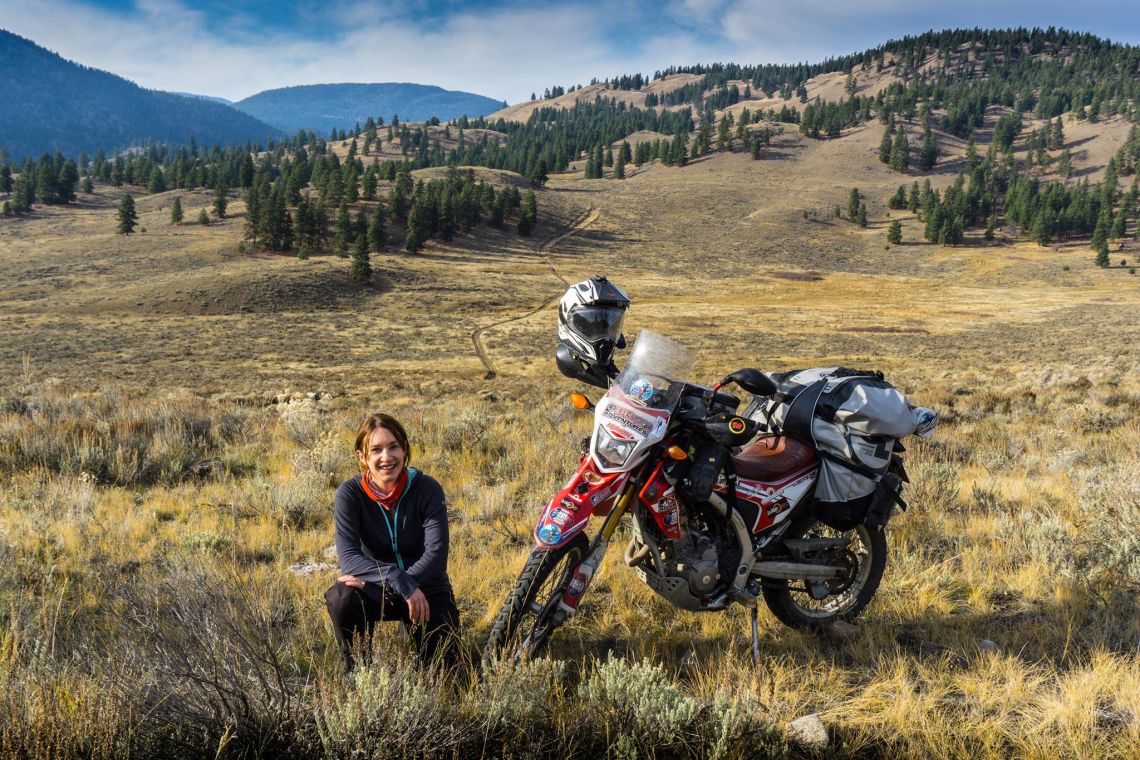 Tibet is a place that has always seemed inviting to me. I love the mountains and the off-road trails that they hold, and I rode right to the border from India back in 2014, but couldn’t get through at the time. Tibet offers some of the best in both cultural and scenic routes for motorbikes and I would love to make it up to Everest Base Camp at some stage. 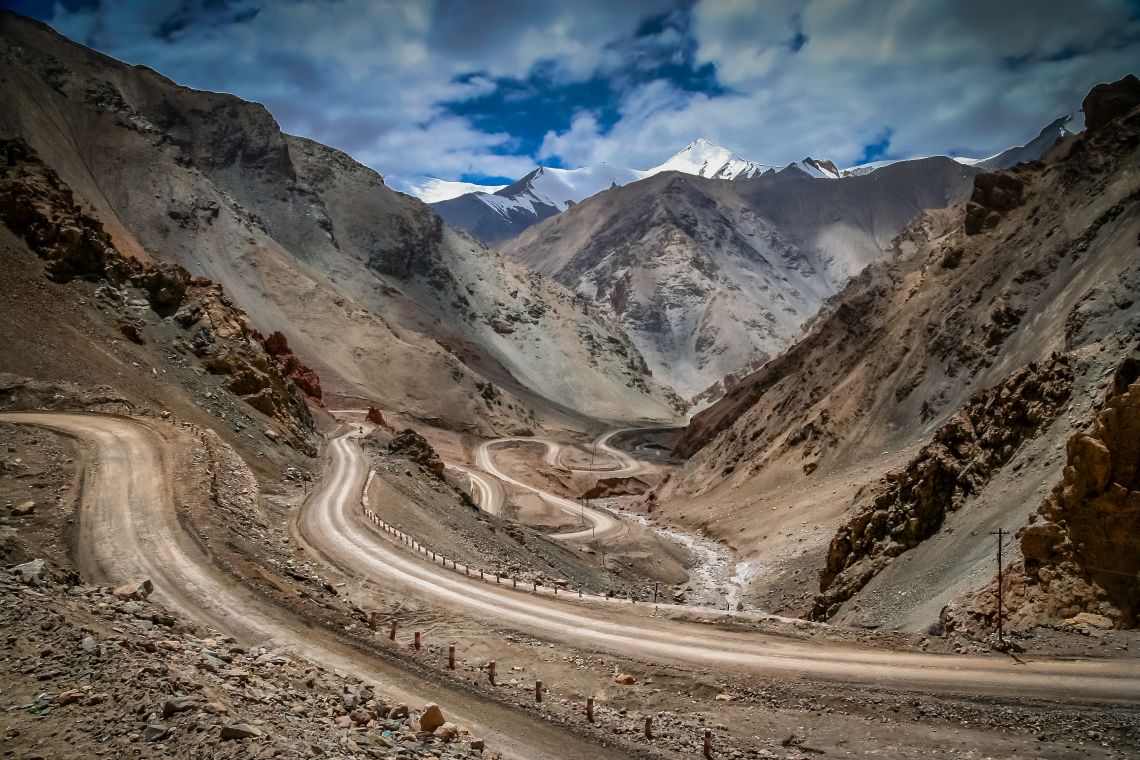 In fact, I am already planning my next adventure to do this in 2019. I think part of the appeal is that it is still full of the unexpected and very different to many of the other countries I have travelled through. Nepal is probably the closest I have got to Tibet, and I loved it. There are many places I would still love to visit, but I would say that Tibet is top of that list! 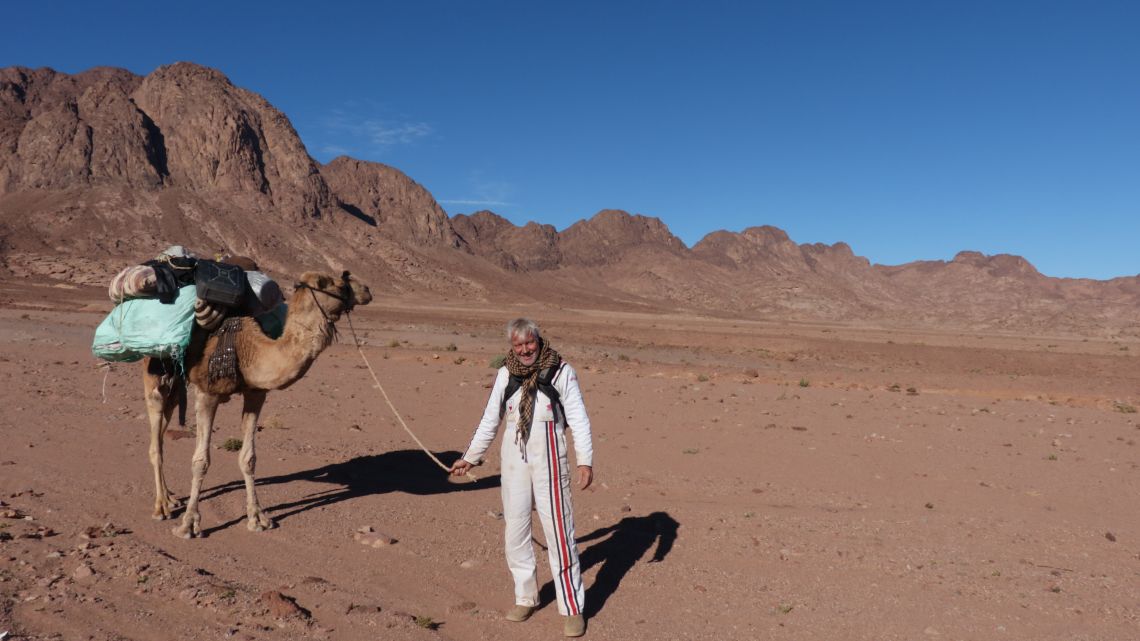 I would like to plan and pioneer a completely off-tarmac route from Lagos to Cairo but sadly, have not prioritised it. Instead, and more manageable in the short term, I am looking at a tip-toe route up the spine of the Sinai Peninsula. Last year, I spent two weeks walking across the deserts and mountains of this area on an initial recce. I was filming and was accompanied by two Bedouin guides who knew the area from memory alone. Our supplies were carried by ‘Harboosh’ the camel and we re-hydrated every few days from wells deep in the interior that were known only to the Bedouin. The Sinai Peninsula is almost completely uninhabited in its interior. 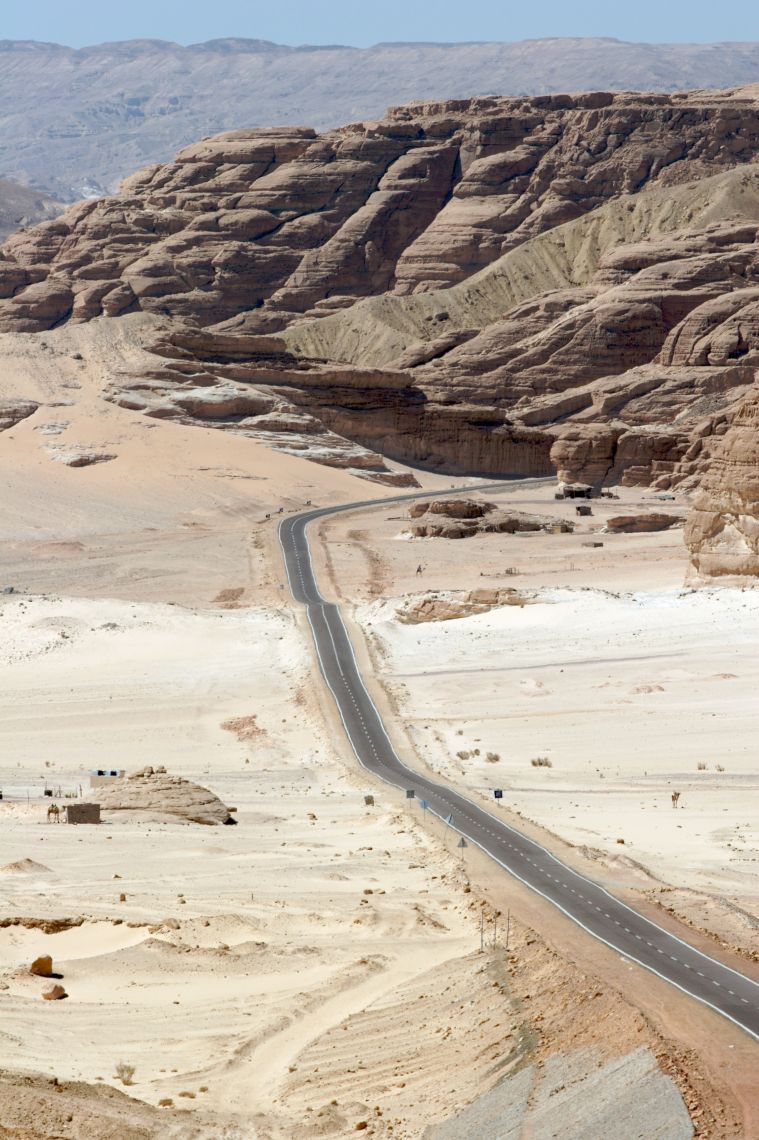 The brutal mountains are separated by gravel wadis that take the occasional rains down to the shore. These wadis are easily rideable by trail-bike but their ‘sources’ at the heads of the valleys, can be connected by some tricky trails that snake over the igneous saddles. By this means, a network of easy dry riverbed routes can be connected together, as long as you don’t mind some ‘trials’ sections in between! With Johnny ISIS whizzing about in the Egypt/Israel frontier area this should make for the dream motorcycle adventure!

Holder of Guinness World Records for Youngest Person to Continuously Circumnavigate the World by Motorcycle (24 years and 12 days old) and Most Consecutive Capital Cities Visited by Motorcycle. 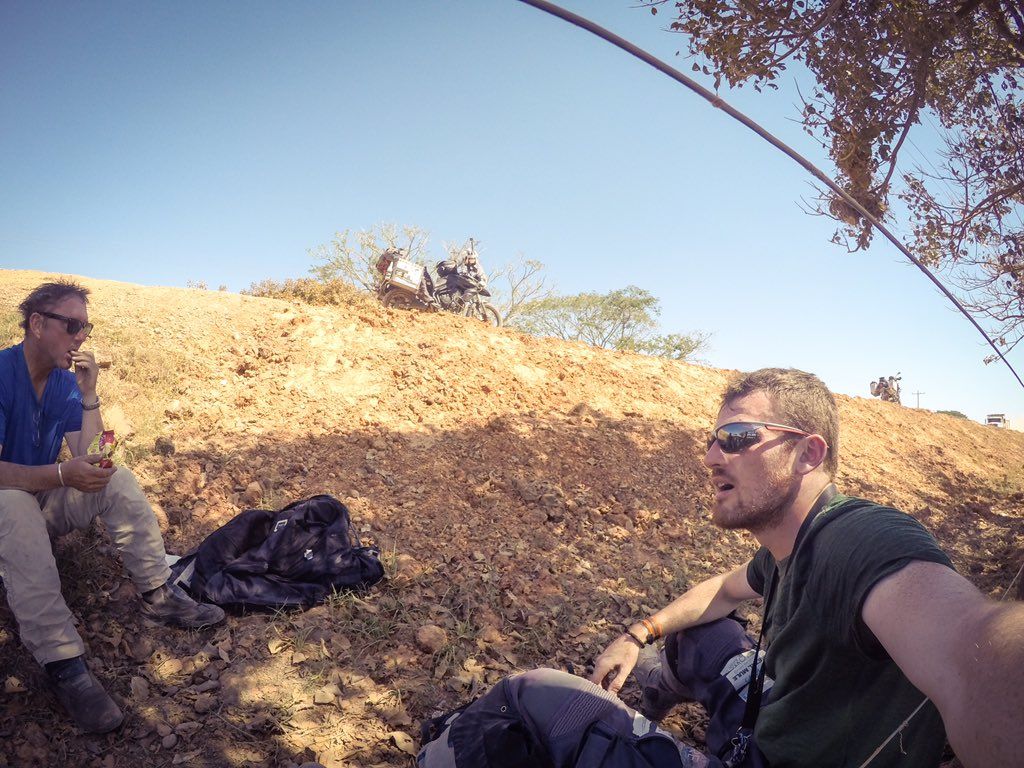 My dream riding destination is so hard to choose, with there being so many options in so many places. But picking one I would have to say, Colombia! Colombia is by far the easiest place to find epic roads because most of the main roads are good. With a true mix of mountain climbing with bends, to hilltop views, then there’s the northern coastal roads, and not to mention the hardcore gravel roads in the middle of the country, with some true riding and challenges. 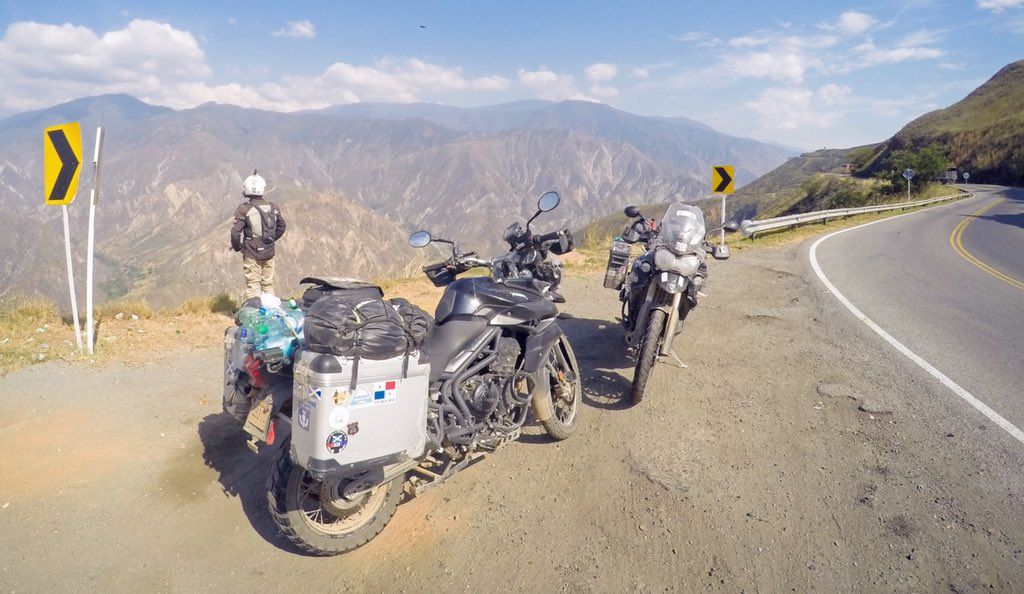 Colombia, I would go back to tomorrow. The riding, culture, scenery and, not to forget, the local people, who are the friendliest of them all. Colombia, not what the media portrays it to be, by way the complete opposite.

Guinness World Record holders (World’s Longest Motorcycle Journey by a Team), on their 14th year on the road, having ridden over 420,000 miles. Read more about their fascinating journey at www.2ridetheworld.com. 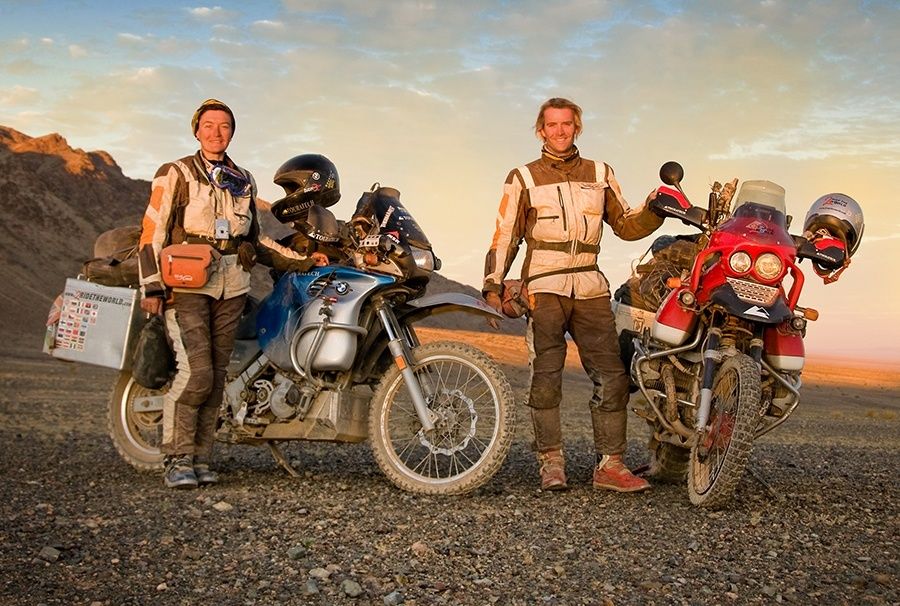 Despite all of the horror stories we’ve heard about riding in China and the well-known issues for foreigners wanting to ride their own bikes there, both Simon and I still desperately want to ride through this massive and diverse country. So many of the countries we have travelled through have pushed us out of our ‘comfort zone’. However, this is why we love to ride. It’s when we’re out of our comfort zone that we’re learning when we’re really living. 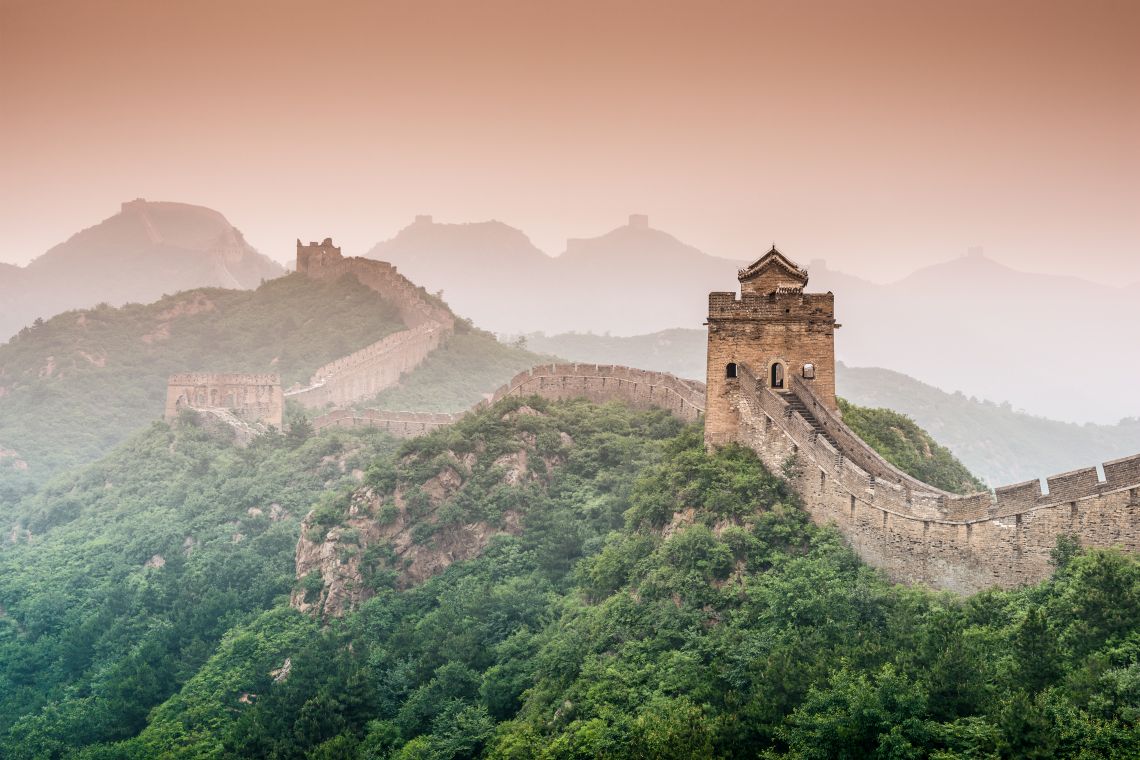 Not being quite sure of the rules adds (for us) to the element of excitement. It’s where the riding buzz begins. We’ve heard that China will push us to our limits physically, emotionally and culturally. It sounds like one hell of a ride. We all hear about the human rights violations, horrific pollution and crazy traffic, but by riding in China we’d experience for ourselves the amazing diversification of the people and landscapes. Wish us luck. 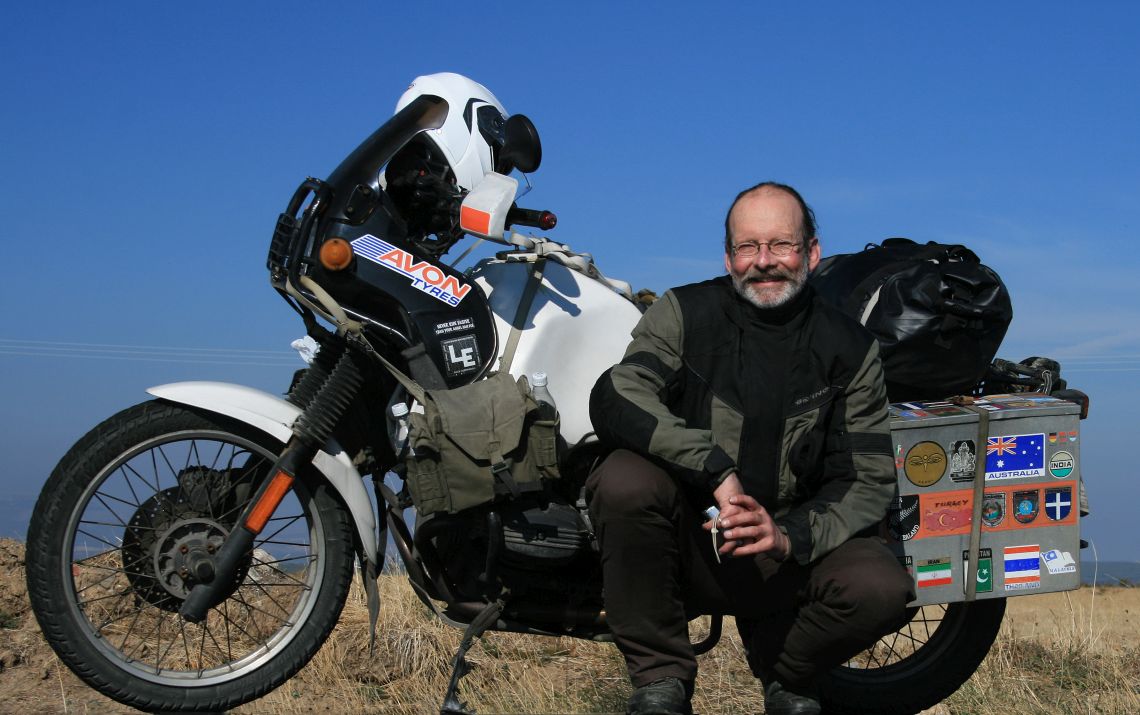 I’d like to explore a country that’s stood almost still in time, for generations. It’s a royal land whose King is known as the Thunder Dragon King, and for hundreds of years the country’s borders were closed to all but a select few. Even now entry is very difficult… This country holds just as much value for GNH as for GNP! GNH? That stands for Gross National Happiness. A country where people’s happiness is a prime reason for the way it’s governed? And yes, this is measured! 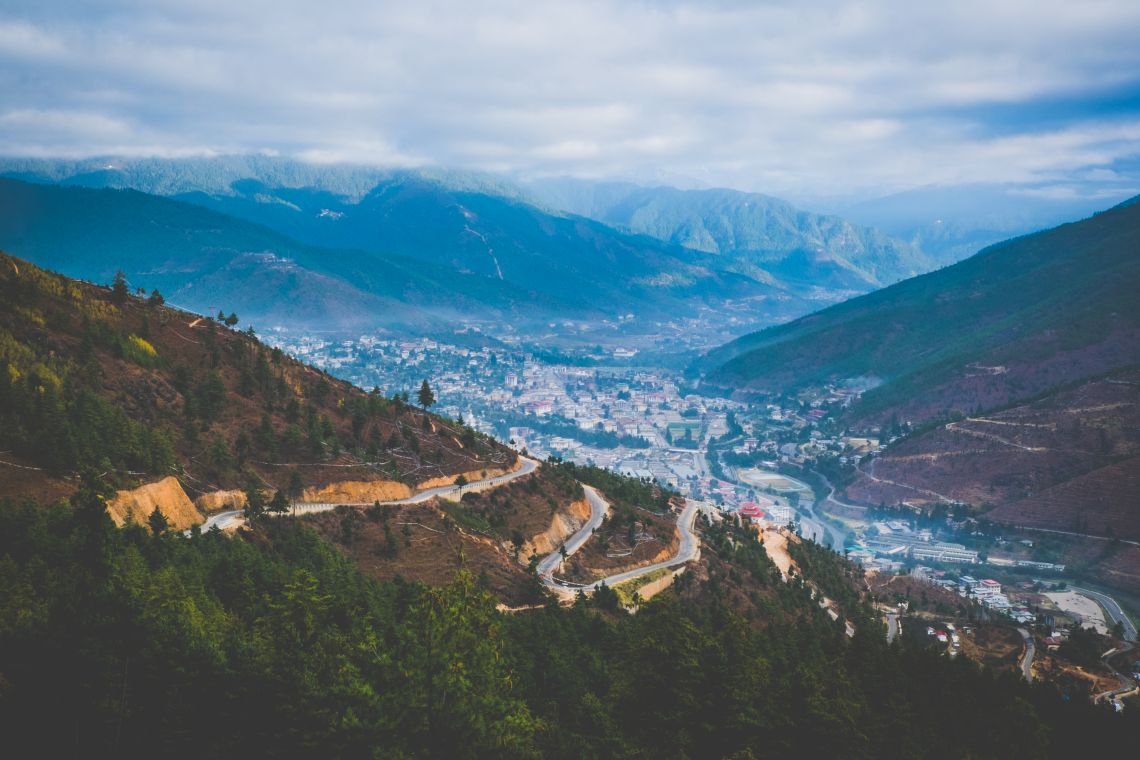 Bordered by just China and India, the geography is wonderfully diverse, with tropical forest and some of the highest and unclimbed mountains in the Himalayas. These are just a few of the pieces of this country’s jigsaw that make the Kingdom of Bhutan so fascinating. I want to go to a country where red hot chilli peppers are considered to be a vegetable and not a spice, where the penis is not something that’s discussed with medical mechanic speak or smut, and where the range of roads to ride look as if they will have me challenged, learning and riding in awe, every day. The perfect combination.

The answer to the dilemma is simple. For such a rare opportunity of four weeks off to ride a bike through unrivalled scenery, there is only one answer, it has to be New Zealand, the ultimate adventure riding country for most mortals. 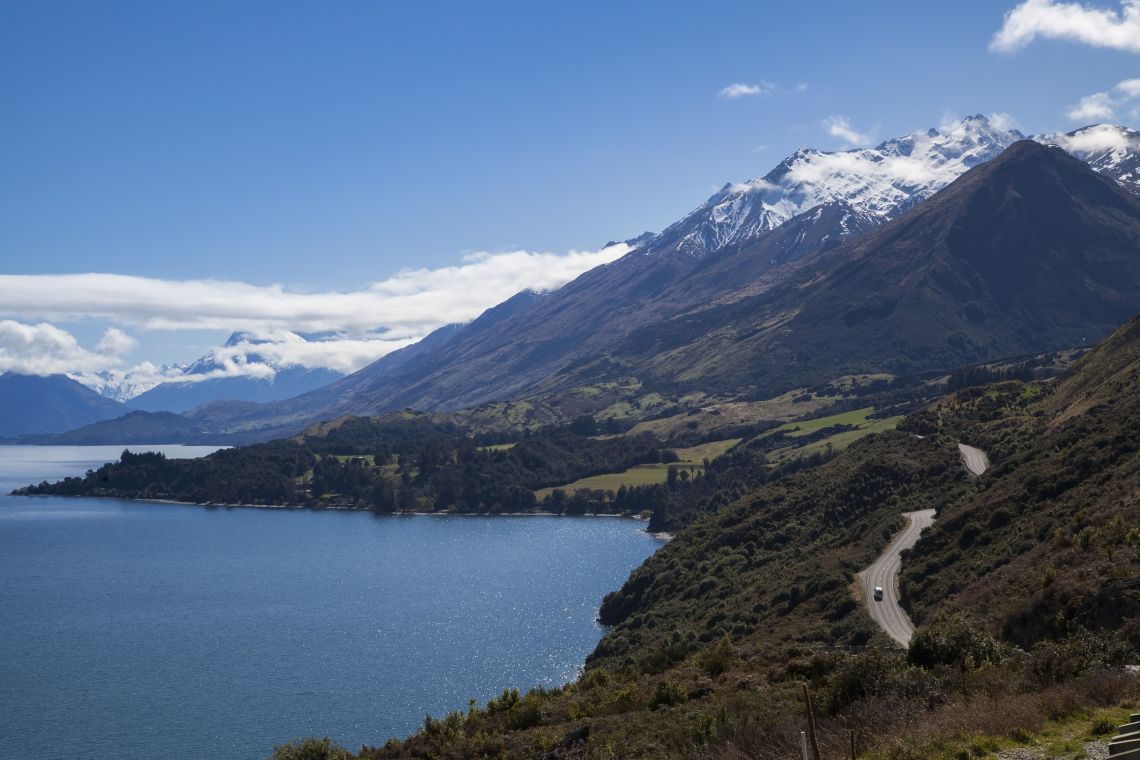 Firstly, buy a copy of the New Zealand Motorcycle Atlas by Peter Mitchell. Then…

Head back to Picton and get the ferry back to North Island. Oh, and finally make sure you get back on the plane as you can’t stop there…

Whatever you decide I hope you have a good trip.

Having just nicked this month’s edition of ‘Adventure Bike Rider’ off my wife, I note that one of your readers, Alan Perrins is looking for a four-week motorcycling adventure. 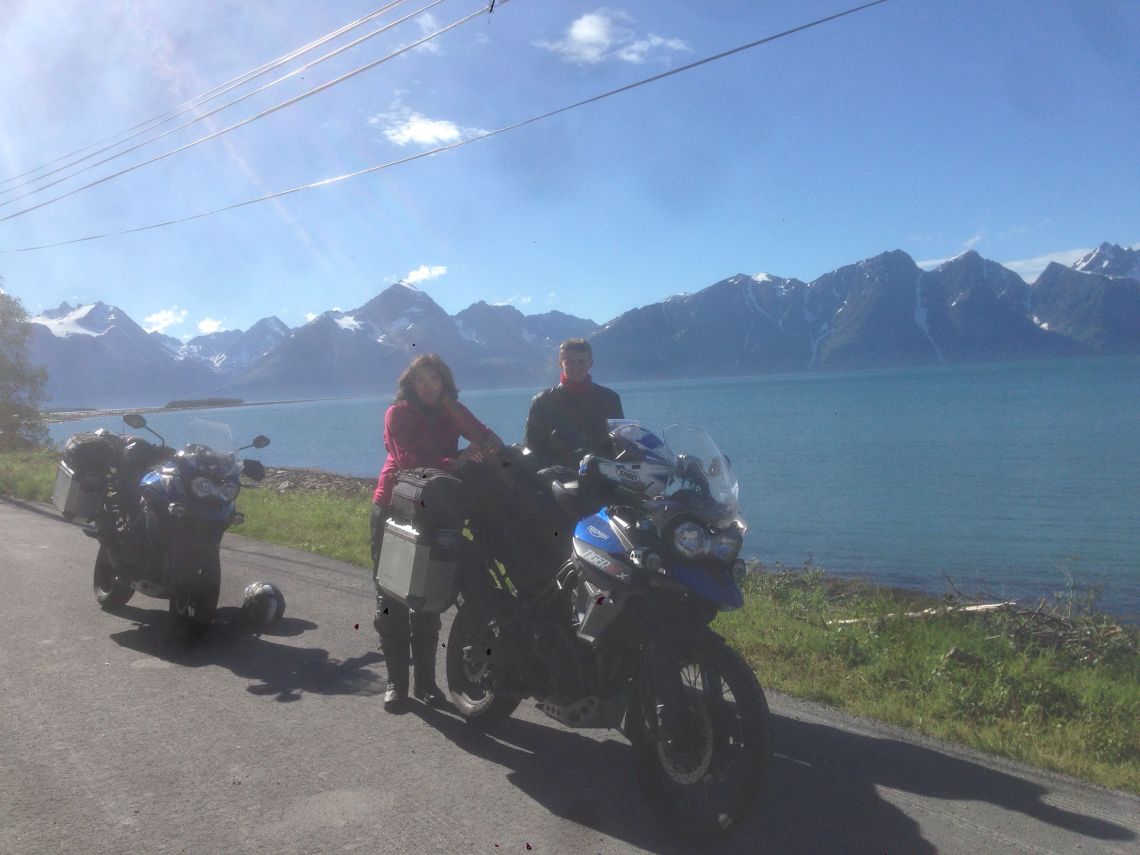 Obviously, everybody’s idea of adventure is different… However, I can heartily recommend the 5,300-mile trip my wife, my son and I did, for the four weeks of last July, to Norway’s North Cape, on two Triumphs.

(My wife, Melanie, and I regularly bike and camp in Norway but this was my son’s first trip to the far north.) 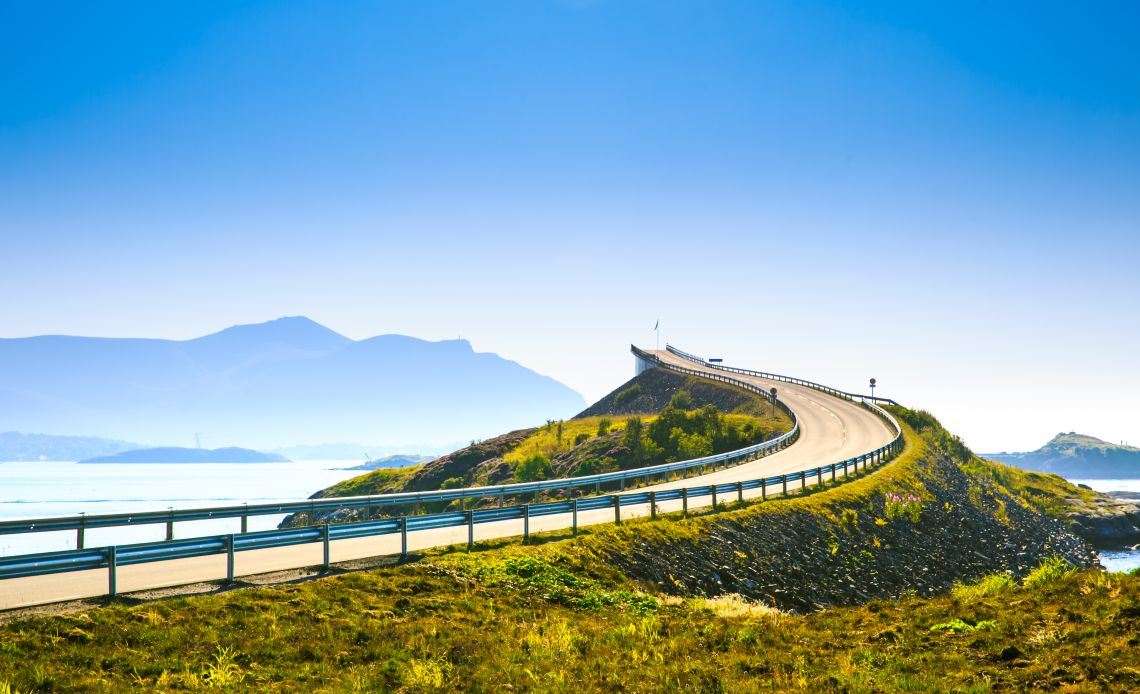 Last month’s edition of ABR rightly highlighted the Trollstigen; it is one of our favourites, but, if you’ve never been to Arctic Norway a treat awaits you…

This tour takes place in southern Africa, specifically South Africa, Namibia and Botswana. You could do this tour on your own, but I would recommend going with at least one other biker.

Fly to Cape Town in South Africa, hire a bike, probably a BMW R1200GS or similar, with panniers and top box and aim to stay at hotels, guest houses and B&Bs along the way. Best time for the tour would be either April/May or August/September. Days should be warm, dry and sunny, while nights could be cool. 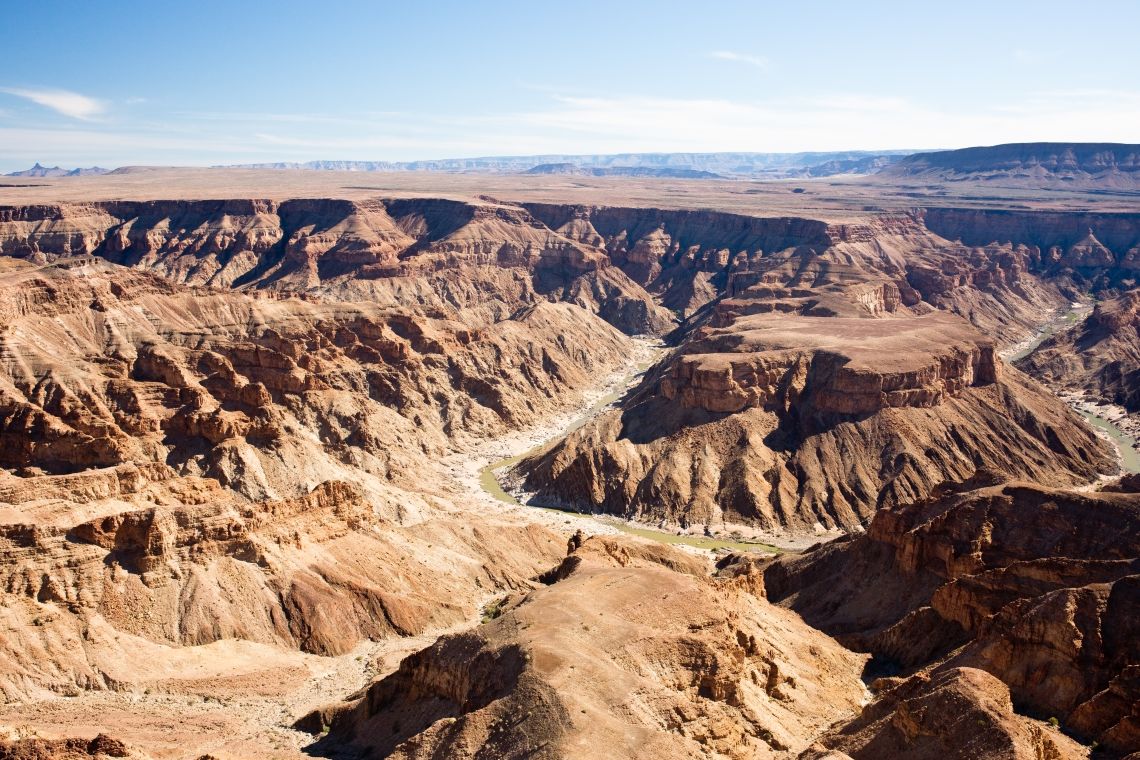 On the rest of the route, expect to see grasslands, coast, mountains, real African flora and fauna (the big five!), beautiful night skies and fascinating, ancient desert. Roads will vary from winding coastal to wide and open, and from busy to virtually deserted, with some smooth, easy gravel sections.

Most of the riding will be on very good tarred roads.

In response to the competition in the last issue of ABR about the dream trip, if I had four weeks off, I would suggest you ride a fantastic loop which takes in the best of California, Nevada and Arizona. 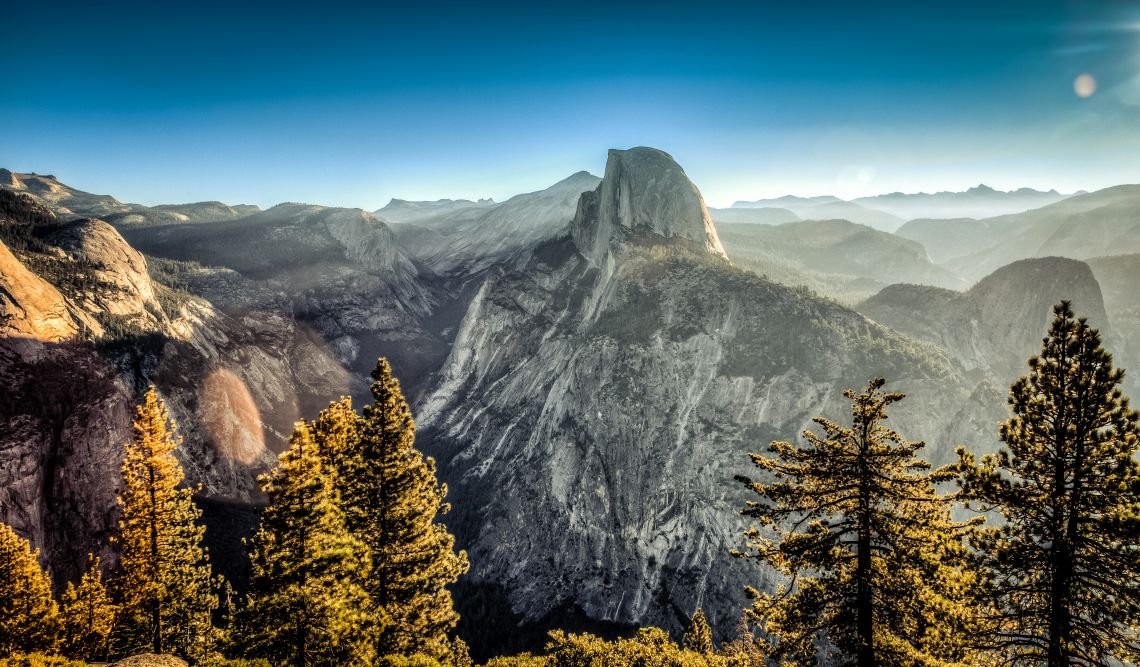 Starting from LA, ride Highway 1 up to San Francisco via Monterey/Carmel on Sea, the 17 Mile Drive and Santa Cruz. Spend some time in San Francisco seeing the sights then head east to Yosemite Valley.

Stay there for a hike or two in Camp Curry, then head down through Death Valley to Las Vegas. From Vegas, on to the Hoover Dam and onwards again to the Grand Canyon. Before you head back to LAX via Phoenix, Arizona. Best trip ever.

Here’s my route, a circle of the Med, including north Africa. 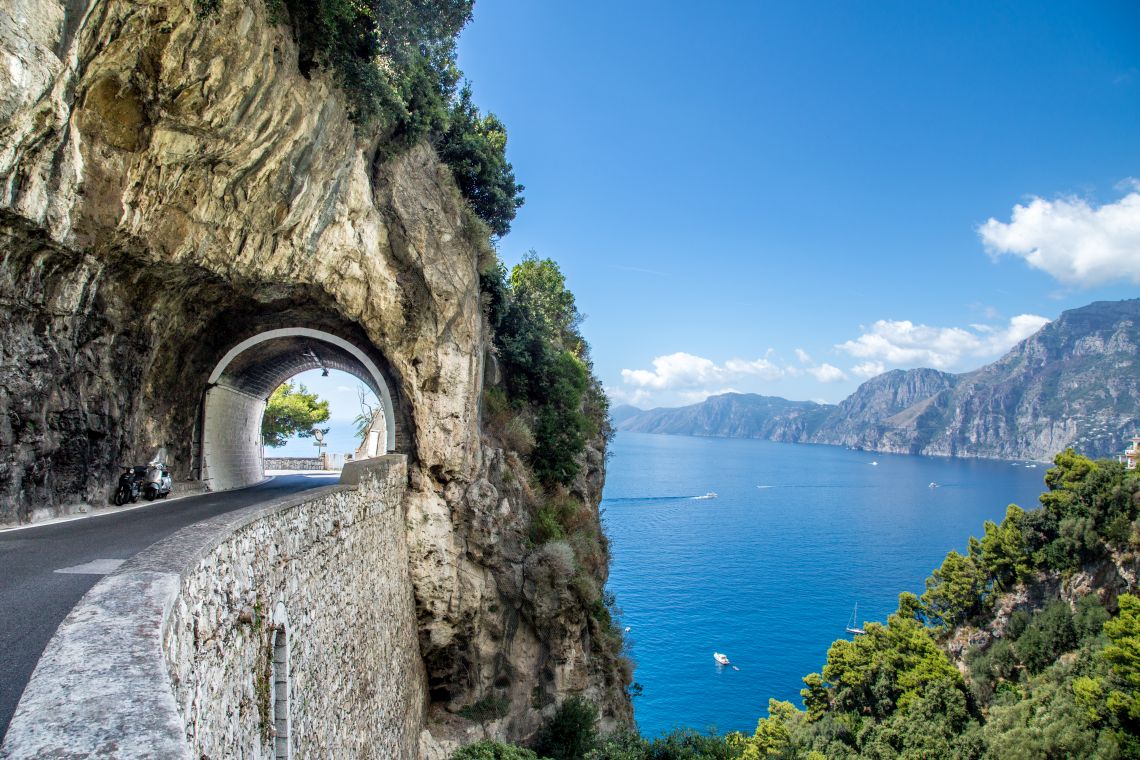 Alan says: There’s something about a circular route around a large body of water that must obviously appeal to me. I originally wanted to take four weeks to travel around the Baltic Sea, but as I will be leaving in September I can’t face the prospect of anything other than great weather! Well, it is supposed to be the trip of a lifetime…

So, with that in mind, the winner has to be Mike Sabola. A route around the Mediterranean via north Africa sounds like a real adventure.

It’s a lot of miles, and there are some, quite frankly, scary countries to cross, but the prospect of the daily changing scenery and cultures is the one that gets my heart pumping the most.

So, I will be leaving to ride Mike’s route this September!