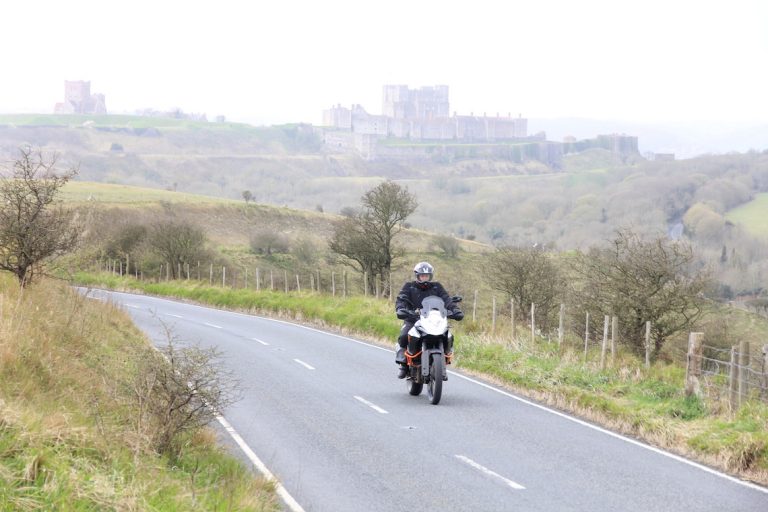 In the making of issue 34, I got the chance to feel a sense of excitement that I haven’t felt since I last opened a pack of Pokemon cards in primary school.

I had just picked up our long term KTM 1190 Adventure R and as I shuttled it from KTM’s headquarters to the ABR offices in the van that boyish anticipation grew stronger. When I picked up the bike it had 13 miles on it, but over the course of the last five weeks I’ve put over 700 more on the clock, and the smile on my face has got wider and wider.

Admittedly, despite the R being the more off-road biased version of the 1190 Adventure, I haven’t actually got round to taking it up anything more gnarly than a gentle gravel access trail.

All of my experience on the machine thus far has revolved around commuting, a few weekend road tours, and a couple of bimbles into the countryside with the missus on the back. Though that being said, if there’s any correlation between the bike’s on road performance and its off-road prowess, then I’m in for a treat when I finally get round to taking it green laning.

The first thing you notice when you stand next to the 1190 Adventure R is just how tall it is, the seat, which is unadjustable, sitting at 890mm tall. There’s no denying that you either have to have confidence in your balancing skills or the inside leg of Andre the Giant to be able to cope with the stop-start humdrum of town riding comfortably.

Couple that with the chunky width of the seat and the weight of 235kg and you’ll find that those first few junctions of the day will send your heart rushing to your mouth.

I may be over-dramatizing that a bit, but take it for a test ride and you’ll see what I mean. That said, when you’re going it’s a whole different game. The bike transforms into a streamlined, agile and playful machine that begs you to throw it into bends and crank the throttle.

When you do you get a taste of KTM’s ‘ready to race’ heritage as the engine, which is a re-tuned version of that found in the RC8 superbike, kicks into overdrive at about 4,000 revs and the bike takes off.

It all makes for a thrilling ride and the fact that the sitting position of the bike seems to be perfect for my 6’2 frame just about rounds the experience off. Of course, as this is the R version of the 1190, KTM has done away with the touring screen so I’ve been left with the short, stubby, adjustable jobby, though that seems to do the job fairly well.

My first month and a half of ownership has seen me warm to a bike that I initially was standoffish about. The aesthetics of the 1190 are growing on me, and everytime I look in my garage I get the desire to swing a leg over it. After all, isn’t that what biking is all about?

We’ll have more on the KTM 1190 Adventure R in the next issue of ABR.