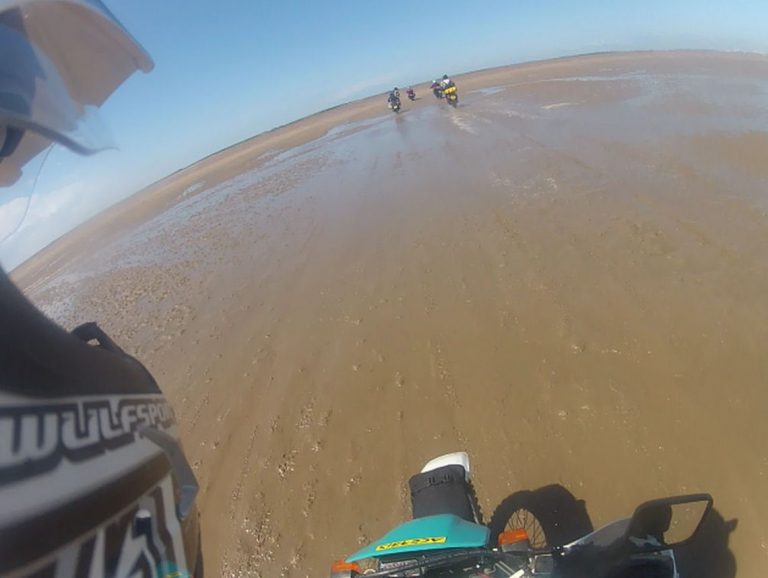 Situated on the tip of the Furness Peninsula, Piel Island is a jewel that the traveller can stumble across and be won over forever by this charming little fifty-acre island. It has a King, a castle and a pub, all steeped in history waiting to be discovered. Normal travellers can only get access to the island by the Piel Ferry that runs from Roa Island (north), or by walking across the sands from Snab point (south), and this can only be attempted at low tide (be aware that the tides flood the area very quickly). 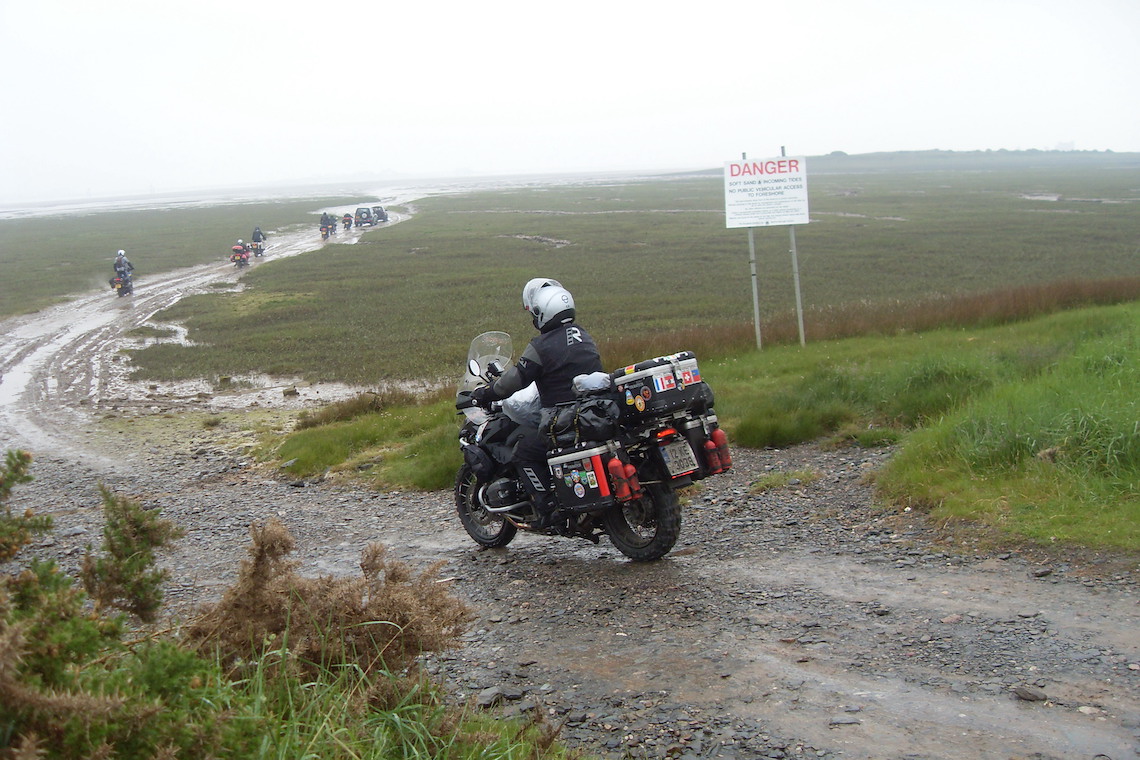 Under no circumstances should anyone try and cross in a vehicle without prior permission from the ‘King’ and then only with a guide from the island due to the treacherous nature and quicksands in the area. Many a vehicle has been lost to the sea after getting stuck. It is a privilege that ABR was given permission again from the King and I would like to thank Sheila and the crew from the island on everyone’s behalf for this opportunity. 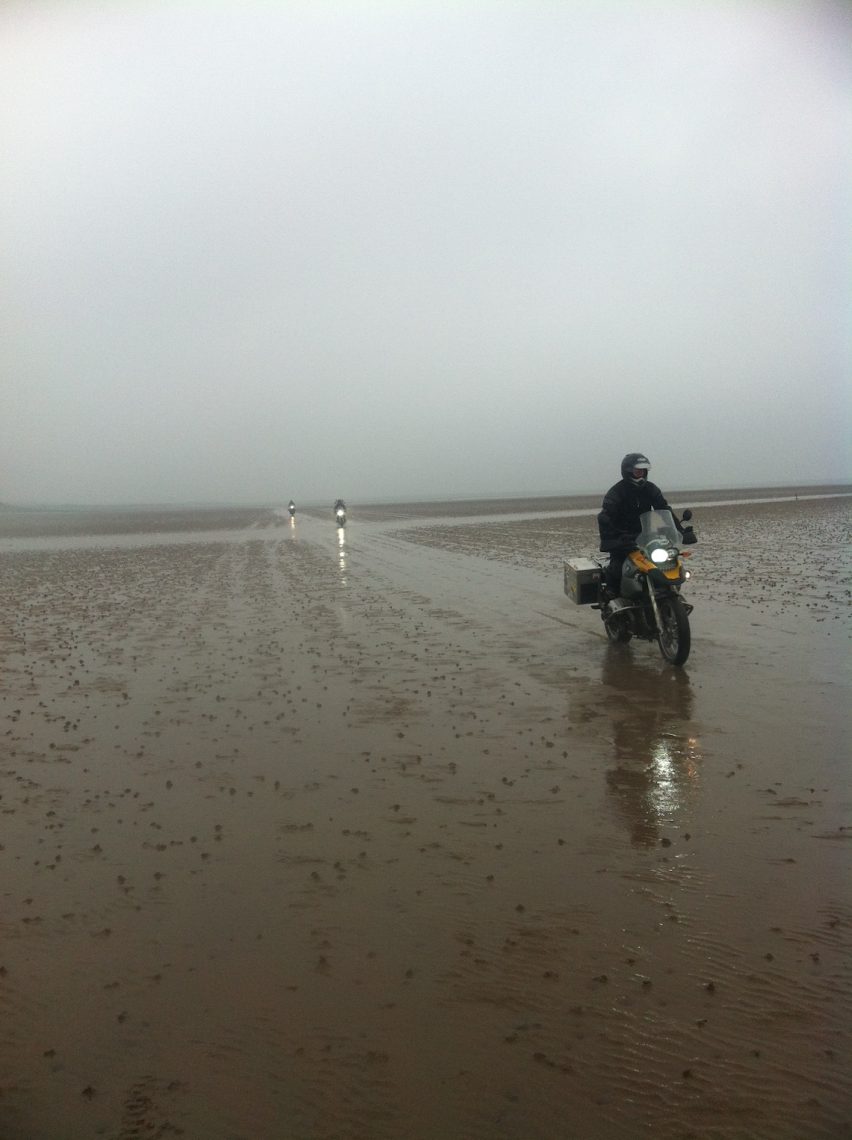 The second ABR Island Rally took place over the weekend of 6th – 8th June and was a fantastic event. Numbers were down on last year and this was probably down to a terrible weather forecast. Fortunately, it only rained for 2-3 hours on the Saturday and the rest of the time it was glorious sunshine. A few of us met on Friday night at Hoathwaite campsite, near Coniston in the Lake District. After pitching tents we proceeded to the local pub for a few drinks and the banter was great.

Saturday morning saw a couple more join at the campsite and eight of us set off for a trail ride to the crossing point, whilst the others took in a more leisurely morning and met up with us later in Barrow. The trail ride took in the best trails in the Lake District. Respect to all as they were not easy on big adventure bikes with lots of technical bits to keep things interesting. There were plenty of falls along the way and the ride ended on the Coastal Byway near Askam In Furness (Green Lane feature ABR Issue 20). 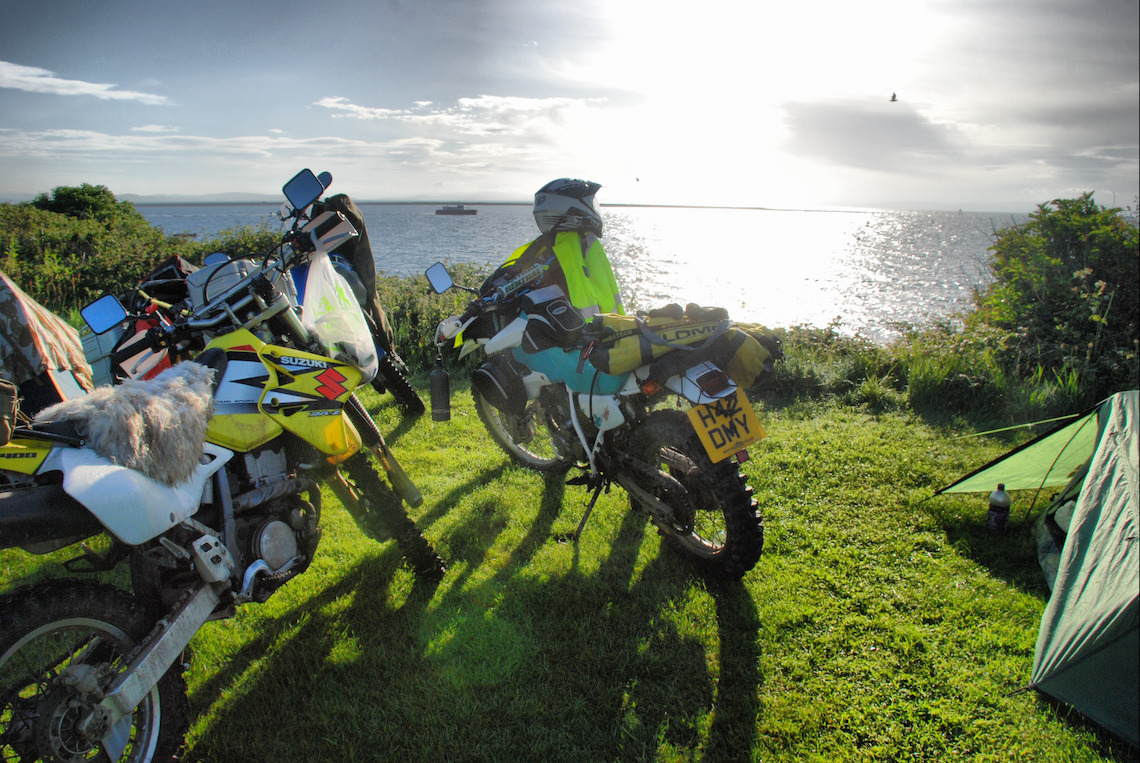 We met some others in the rain at Snab Point on Walney Island for the crossing. With a guide from Piel leading the way across the sands we all departed en mass. It was a great sight to see bikes inching down the foreshore, crossing the slippery salt marsh tracks and then onto the flat hard compacted sands for the approximate 1.5-mile crossing. There was one faller on the way there and two on the way back. Remember, some of the riders have never been off-road before so respect has to go out to everyone that attended, especially those with little or zero off-road experience.

On the island, we rode around to the camping field where tents were pitched. The rest of the afternoon and night was spent enjoying the remoteness of the island and having a great time in the island’s pub, The Ship Inn. The tide soon came in and we were effectively cut off from the rest of England. You can walk around Piel Island in about 15 minutes, a walk that some did several times. The weather in the late afternoon and evening was really good and all took the opportunity to dry out wet clothes from the earlier downpours. 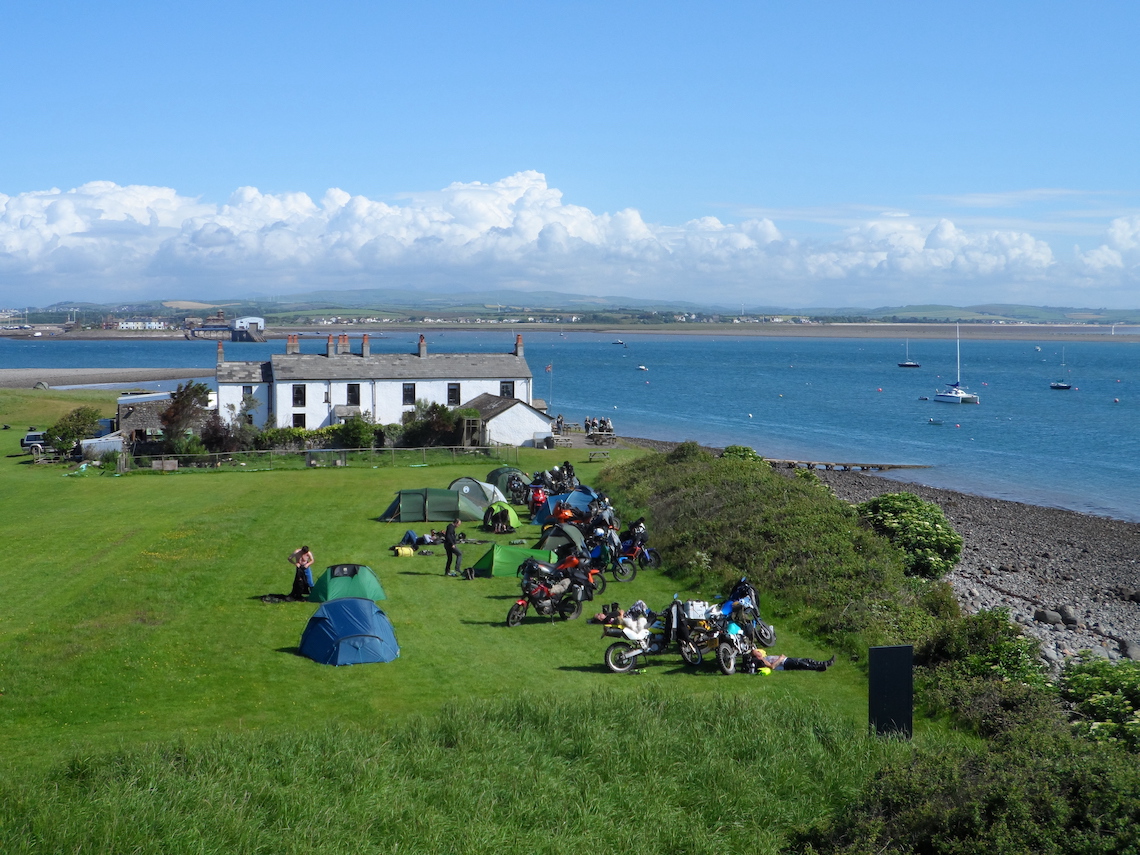 Sunday morning was a lazy slow start with many recovering from overindulgence the night before. After midday, it was time to depart and head back across the sands, before all going our separate ways for our journeys home.

Thanks have to go out to all that attended, without you there would be no ABR Island Rally. And an even bigger thanks to the King of Piel for allowing us to ride to the island, his wife Sheila and the crew from the Ship Inn for hosting the event.

Special mentions have to go to Tea007 for entertaining us with his many ‘offs’ during the trail ride, Coasty for completing the trail ride on a completely unsuitable GS1200 with a Tourance on the back, RobertG for crossing the sands to Piel on what can only be described as the ‘starship enterprise’ and MikeyBoy’s Dad for crossing on a Triumph 955 Sports bike proving that ‘adventure’ is a state of mind, not a bike.

Thanks to all for making it a great event and to those that travelled long distances to get there. Hope to see you on Piel next year.