Techniques: Looking through the corner 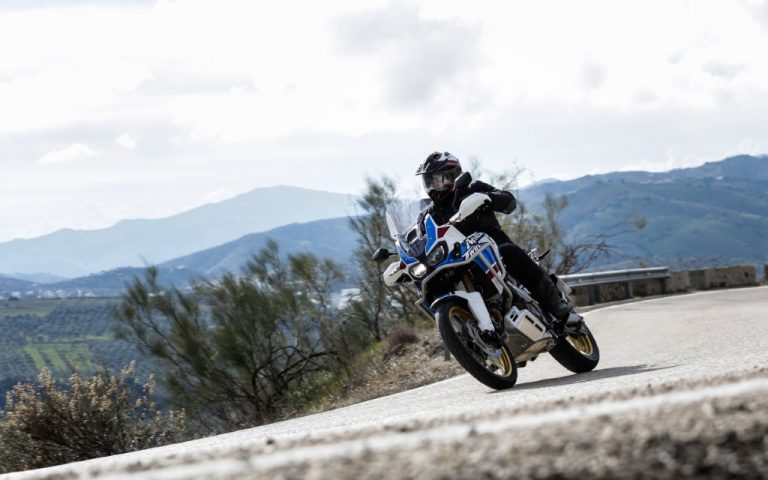 Misti Hurst explains where your focus should be when you’re cornering.

A general piece of advice that we have all heard at some point or another is that when riding we should always look through the corner. This is a pretty common statement that is widely accepted as truth, and while it is definitely good practice to look further through the corner and look ahead when riding, there is a sequence of visual actions that should happen in order to get the best possible outcome.

Has this ever happened to you? You’re riding a nice section of twisty roads and as you tip into a nice, sweeping corner you try and look all the way through it as far as you can see, as you’ve diligently been told? Part way through, you become uncertain of where you are mid-turn and have to flick your eyes back to the midpoint or apex of the corner to get located before moving your eyes back ahead of you once more.

Maybe you ran up on the inside of the turn or over the inside line or curb, maybe you had to make a few steering corrections to sort out your line, maybe your throttle rolled off a little bit or you had to move your eyes back and forth a few times before you felt like you knew where you were and where you were going. The point here is that you lost your mid-turn location and had to make adjustments to your line. The problem lies in trying to look too far ahead too soon.

We know that what you end up doing with the motorcycle is based on what you see. If you have rough data coming in with your eyes then you will end up having rough technical outputs, meaning you won’t be as smooth and controlled with things like the throttle, steering and brakes.

By adjusting the information that you are taking in with your eyes, you can sort out some of those mistakes. For example, at the California Superbike School (CSS) we talk about the worst-case scenario visually being target fixation or tunnel vision which can alter our sense of speed, cause us to lose confidence, or make us feel lost. Similar to target fixation would be rapidly flicking your eyes back and forth and searching or hunting around for where you want to be.

During some of our visual seminars at CSS we mention something called the saccadic suppression of image displacement which is ‘the phenomenon in visual perception where the brain selectively blocks visual processing during eye movements in such a way that large changes in object location in the visual scene during a saccade or blink are not detected.’ (from Wikipedia)

What this means is that each time you flick your eyes quickly back and forth, there is a moment where you can be visually blind. So, a better alternative would be to try and keep the visual awareness open wide and move the eyes in a flowing sweeping motion. The more specific you can get with picking places or areas to look at when riding, the better your visual flow will be.

Now, back to the original scenario of trying to look all the way through the corner. If you try and look to the exit or up the road as far as possible before you know that you are going to make the mid-point of the corner, you may have to make adjustments to your line, throttle, steering and readjust your eyes.

An alternative sequence would be to choose an area where you want to turn the bike, then look to the apex or mid-corner position where you want the bike to end up. Then, once you know for sure you are going to hit the correct mid-turn position, you would move your eyes up further ahead to spot the exit area of your corner.

It’s almost like connecting the dots. You want to know where to enter the turn, then where to be at the apex or middle of the corner and only then should you move your eyes ahead to look for the exit, while maintaining a wide peripheral view. This will ensure that you have the smoothest flow of information coming in and prevent mid-corner corrections. Ride Safe!