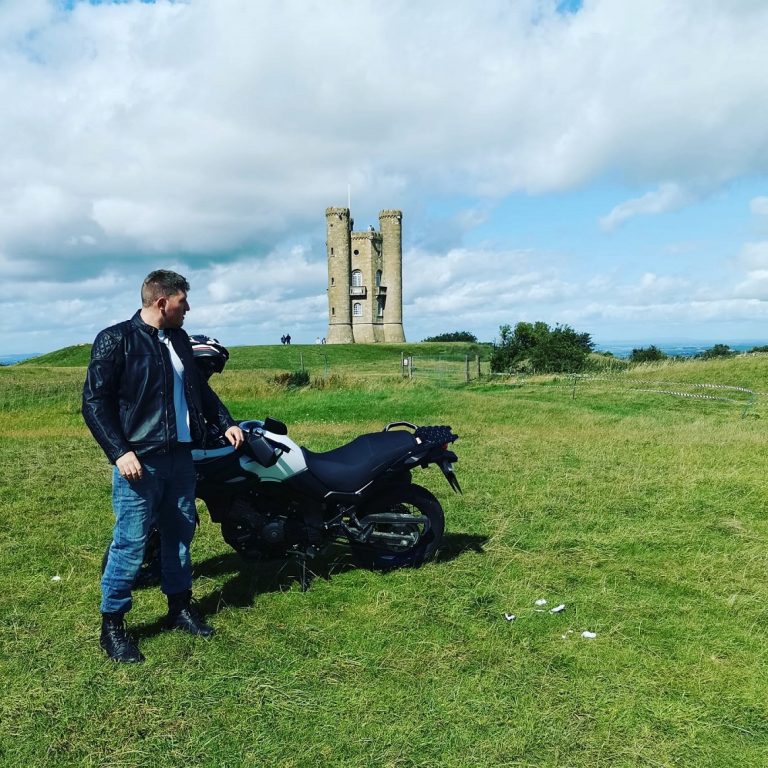 It finally happened! The 250 has gone home to Suzuki and I rode back from Milton Keynes on a shiny V-Strom 650. It was my first time on brand-new, extra-slippery tyres and I assured everyone I would be extraordinarily careful riding home.

I was, for the most part. I still opened it up at every chance I got, and my helmet hid the biggest grin I’ve had in a long time, all thanks to the power and acceleration that lacked so much on the baby V-Strom.

Other immediately obvious differences were the controls and interactive display; the wider, deeper and more comfortable seat; the more agreeable seating position that I am putting down to the increase in size, and a far prettier paint job than that Watford fan of a 250 had.

I’ll keep you updated with how these things influence me over the coming year, but I am without doubt that this upgrade will make plenty more possible and almost everything more enjoyable.

For now, I want to talk about one of the more terrifying lessons the 650 taught me very quickly. As you can imagine, I have been riding at every chance I get. Irrelevant of the weather conditions, unless I was giving friends lifts, I wanted to be on the bike.

The British summer being what it is meant I rode to work in glorious sunshine and left in torrential rain. Still, I was meeting an old friend for a catch up and I wanted to show off my new toy, so I rode the 30 miles and I started to wonder why everyone always advised me to be careful when riding in the rain.

It was fine, I had the traction control on its top setting, and everything felt as stable and safe as normal. Coming back was a different story.

Just after exiting a roundabout, the Suzuki Swift in front of me decided it wasn’t going to go down the same exit as me after all, and abruptly turned in the road. I applied both brakes but didn’t slow down quickly enough.

I could tell I wouldn’t stop in time and was going to go into the side of the car. Fortunately, I managed to swerve around the side of the metal box of doom and carried on unharmed, but it didn’t half send shivers up my spine.

That was all I could think about as I rode on. Did I leave enough stopping distance? Probably not. Was I going too fast? Probably yes. If I am honest, I was already thinking about when I would be able to overtake the fellow Suzuki before its driver had a drastic change of mind.

I was still worrying about what could have happened when I came off another roundabout. This time, as I leant left and accelerated out the turn the back end lost all traction and I thought I was going down.

Through luck more than skill the rear wheel found traction again and the bike pulled itself upright with a bit of a wobble. In the space of 10 minutes, I thought I was going to have two accidents, and I need to be far more careful.

The increase in power is what I have been craving these last few months, but, now I have it, I need to learn when to use it and when to refrain.

It’s a lesson I am looking forward to and the next stage of my biking career is looking like it’s going to get even better.