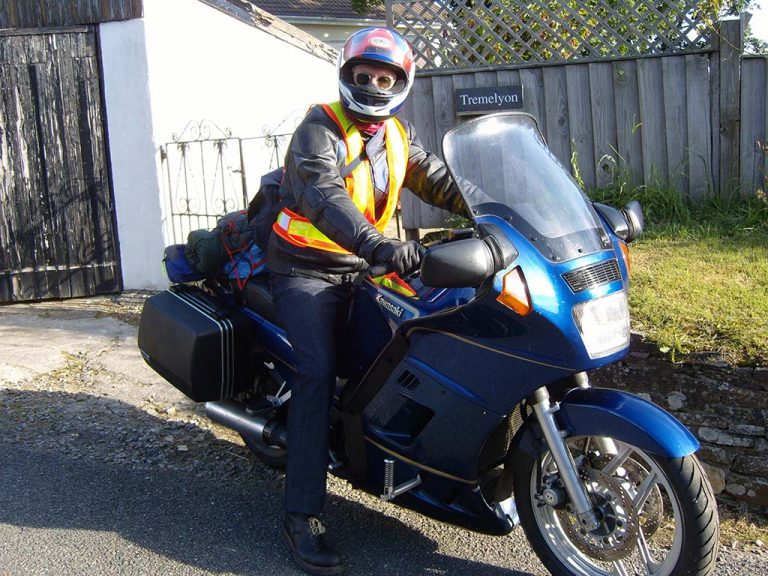 After leaving the ferry under sunny skies, I headed for the first little town on my map and a coffee, before hitting the N12 towards Rennes. The road was busy with holiday traffic, and as I rode, the sky darkened, and lightning flashed. Then came the thunder and a heaving downpour. I had no choice but to look for a budget hotel. ‘The camping will have to start tomorrow,’ I thought.

The next day, I hit the motorway to Bordeaux in heavy rain. Every kind of transport was piling down that motorway, but I was happy to keep my distance from the other traffic, crouched behind the big fairing on my old Kawasaki GTR, listening to the engine’s gentle roar. After a couple of hours, the sky lightened, and the sun came out.

I was impressed by Bordeaux and its terraces of light-coloured, regal buildings bathed in sunshine. I parked the bike and wandered leisurely around the city, eating as I went. It was getting hotter; time, I decided, to ­ and some water to sit by. I made tracks east and by teatime I was camped on a busy site alongside the Dordogne River.

I walked out of the campsite, and on a whim, followed the riverside path. The village was soon behind me as I passed fields of apple trees, ruined riverside shacks and abandoned boats. The trees camouflaged the habitat of orchids and other rare plants. It was all very peaceful and relaxing, all the time the Dordogne River flowed majestically past.

The next day saw me camped a few miles up the river where I enjoyed an unforgettable evening’s entertainment. A band had set up in the middle of an ancient village square, and before long, it was packed with people eating and drinking from the surrounding food stalls. Soon the square was ­ filled with dancing, partying people. It was a great night. 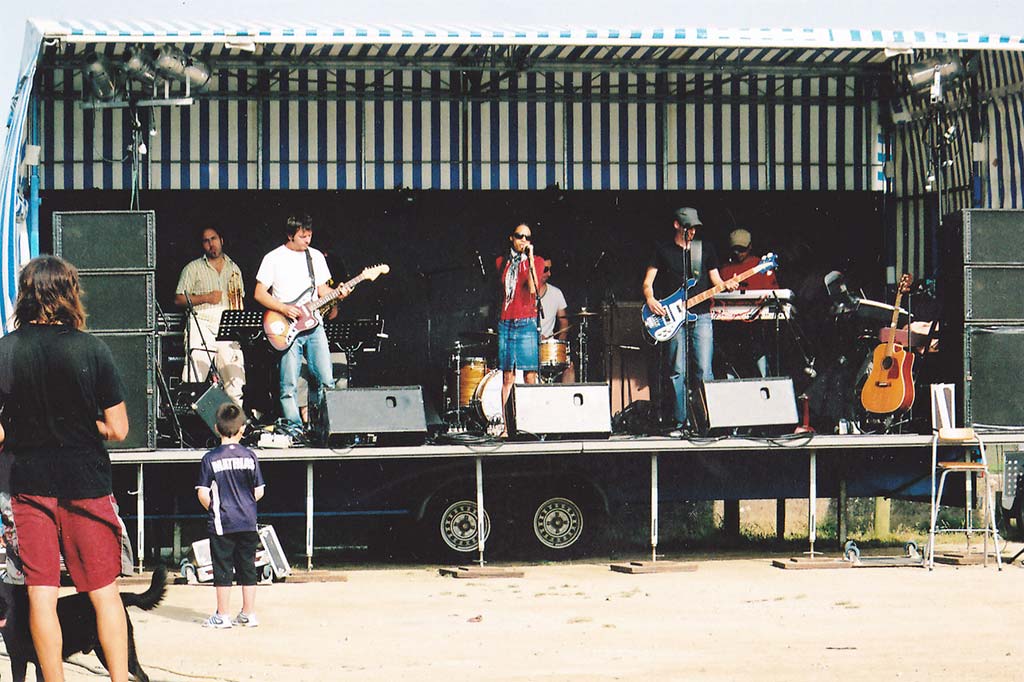 I had a brief look at beautiful Sarlat in the Dordogne Valley the next day. This ancient town is well known to people all over Europe, and so it’s busy and expensive. By coincidence, I picked up a magazine which contained an advert for a fete day at the Harley Davidson dealers in Poitiers. Fate indeed! I decided to go.

As I walked among the gleaming rows of Harleys, I admired the latest paint finishes, surrounded by row after row of shiny steel and sparkling, lustrous colours. From Poitiers I headed for another favourite river – the Loire. The ride up to Saumur was a good one, with little traffic. I left the bike and walked the two bridges, looking up and down this incredible river, before making my way back via Angers to Rennes and then the Brittany coast where I camped on a little beach site.

As the sun dipped, I reflected on my short break which was sadly coming to an end. Just then, I heard the opening bars of a very familiar classic ringing out on powerful ampli­fiers; another fete! I rushed across the bay to join the crowds of revellers who were eating, drinking and playing boules. The superb soul band made this a memorable last night on the beach. Then it was back to the ferry and home to the only slightly delayed commitments of house, family and work

Long adventure trips are not always an option, as the cost in time and money can be considerable. On this trip, I was reminded that you don’t need a year off and a sackful of cash to get away; just a bike, a tent and a ‘let’s go’ attitude.