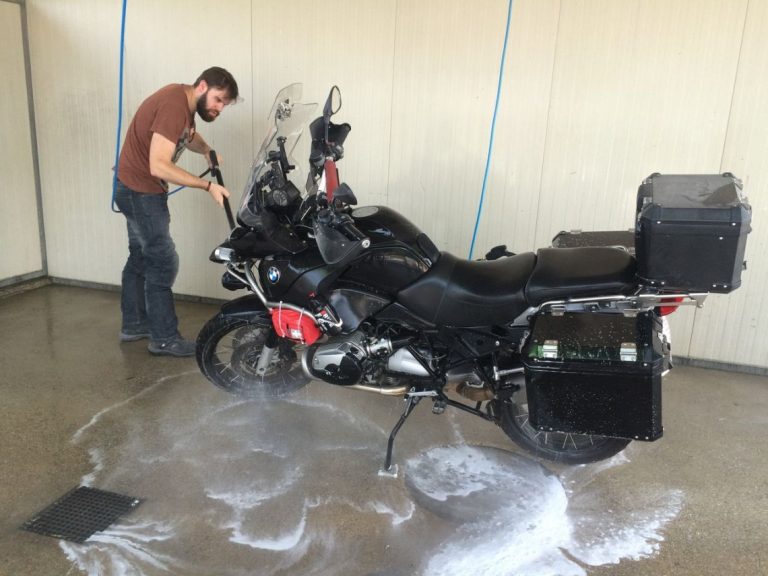 It always depends on the time I buy a new bike. For now, it still is my KTM.

My HeavyDuties panniers. They’re a lot cheaper than other panniers but great value!

Mountain passes, on and off-road.

Hotel, when travelling by bike.

To do whatever I think is OK. A bit like ‘do first, think later…’.

Descending the Stelvio Pass while I was in awful pain in my knee and back. It hurt that much that I thought about riding straight on instead of taking the hairpin.

During my last trip to Wales, my two-and-a-half-month-old little boy, Tiemen (and my wife, of course).

If you could meet any person, dead or alive, and ask them one question, who would it be and why?

Good question, I have no idea at all here!

I don’t know that many English jokes, but this is one I heard a couple of days ago: What did the sea say to the shore? Nothing, it just waved.

If you want to be a reader exposed in a future issue of Adventure Bike Rider, email: [email protected] and if we feature you you’ll get a free year’s subscription to the mag. You can’t say fairer than that, eh?