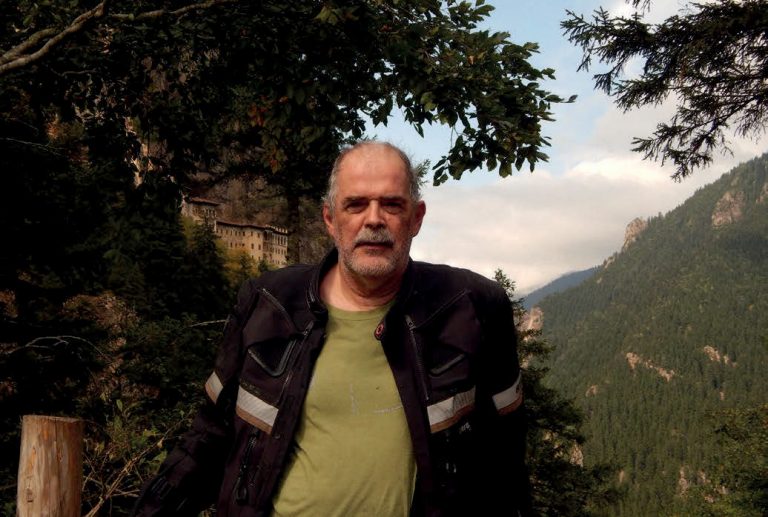 ■ Tarmac roads or gravel roads?
I would have said tarmac but I have just done Bayburt of Yolu in Turkey, one of the most dangerous roads in the world, with only about eight hours off-road experience. So, I would say both now.

■ Tent or hotel?
Hotel! A good shower and bed.

■ Ferry or Tunnel?
Ferry. After riding from Devon it’s good to have a rest and a meal on the ferry.

■ Lifelong ambition?
To carry on riding abroad when I can afford it, and to carry on from the last country I visited, which was Azerbaijan, and see how far I could go.

■ Most trying day ride?
Leaving Zaqatala in Azerbaijan at 6:00 am and riding through Georgia, Armenia and back into Georgia. I arrived at the hotel at 7:00 pm having ridden 270 miles, 115 of which were supposed be tarmac but were in fact gravel and potholed mud roads.

■ Most memorable moment?
Riding the Bayburt of Yolu, a gravel road with sheer drops and great scenery, with two friends.

■ What do you miss most when travelling?
Always looking forward to getting on the ferry at Calais to get a good cup of tea made with boiling water and fresh milk.