Photography: The Rule of Thirds 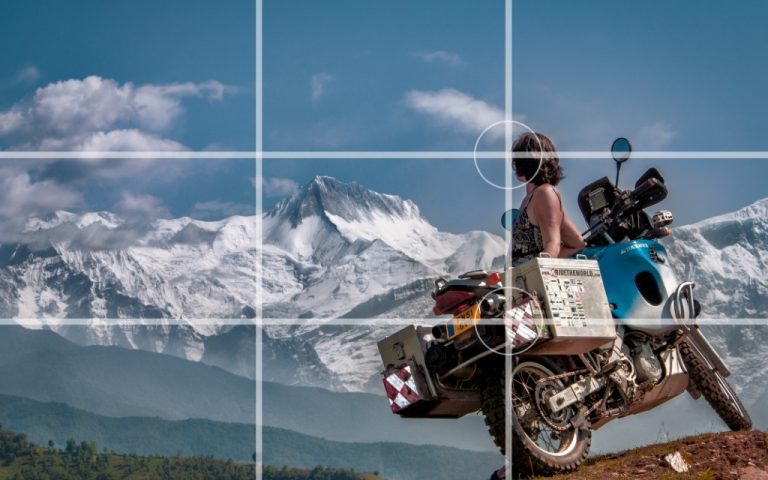 Rules are made to be broken, but the rule of thirds is one that you should adhere to if you want to take better photos, as Simon Thomas discusses.

Over the last few classes, we’ve covered a range of photographic techniques, but today’s class is all about getting back to basics. It doesn’t matter how expensive your camera is or how tack sharp your images are, if you don’t have a good composition then your photo will feel off and probably be headed straight to the trash folder when you get home.

A strong composition, whether it’s a riding shot, a portrait, or even a landscape, is the foundation on which most great photos are based.

One of the first lessons most would-be photographers are taught is the rule of thirds. This simple principle can help you create well-crafted and balanced images. Some rules are meant to be broken, but by drilling this into every photo that you shoot, you’ll put yourself on track to taking great-looking shots every time.

The rule of thirds works to create interesting images because it takes advantage of how our brains are programmed to view and interpret images. The idea is to imagine breaking down an image into thirds. Imagine drawing three imaginary lines vertically across your photo and then doing the same horizontally.

This breaks your photo into nine areas. This is such a keystone principal that many cameras actually have a rule of thirds grid option built into their display. If yours isn’t showing, have a poke around your camera’s viewfinder settings. It’s in there, I promise.

The rule of thirds grid is your starting point when you’re deciding where to put the important elements of your image or points of interest. Using the grid and, more importantly, where the grid lines intersect, is a great way of ensuring that your viewers are drawn to the parts of the photo that you think are interesting or important.

Look at the example image of Lisa standing in front of the Annapurna Massif in the Himalayas with her bike (and before you ask, that’s her dress, not mine, and she doesn’t ride in it). The green hills are in the lower third, the mountains sit in the middle area and the sky (the background) is in the top third. Lisa’s F650 is placed at the intersection of the left grid lines and her head is placed at the intersection of the upper and far right grid lines.

The theory is that by placing your photo’s key elements at the intersections of the grid lines, your photo becomes better balanced and viewers can navigate their way visually around your images more naturally. Bear in mind, this technique works equally as well on images shot in portrait mode. Hey, it’s not my rule, but I can tell you that it works. Try it on your next few images.

Good luck and have fun.