Photography – How to shoot in poor lighting conditions 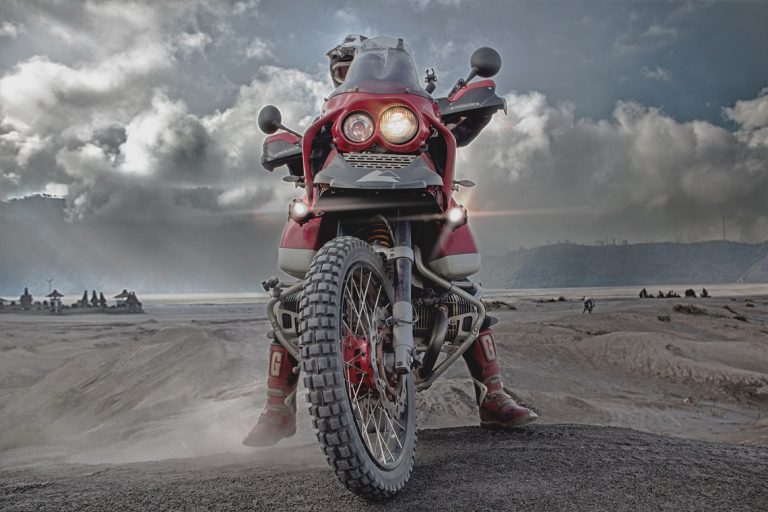 Finding the gold under a sky of grey can be a difficult task, Simon Thomas from 2 Ride the World explains how to get the most from your camera in overcast conditions

So, your camera’s stuffed into your panniers because you think that dull days produce dull photos? Think again! Believe it or not, grey is your friend. No matter how expensive the camera, it’s never going to be able to see or capture everything your eyes can. Strangely enough on bright days (the ones that you thought were ideal for taking cool action shots), your camera is going to struggle. Bright days mean high contrast. This is when your camera has to guess whether you want all the detail in the bright areas of the image (sky, high gloss areas of the bikes, shiny asphalt) or in the dark (engine in shadow, looming mountains etc.). The bottom line is, it can’t capture both. Shooting in duller conditions allows your camera to capture more detail.

We all want to capture sharp images and for that we want as much light to enter through the lens as possible. Set your camera to aperture mode, usually denoted by the letter ‘A’ on a dial or a button. Now go ahead and set your lens to f2.8, f4 or f5.6. Don’t worry, though you’re now controlling how wide the aperture on your lens is the camera’s still going to do all the other stuff to make sure your images turn out great.

‘What those f numbers’ you ask? Basically, the smaller the number you select, the wider the diaphragm on your lens will open. Think of a lens like the pupil of an eye. A pupil narrows when it’s bright and widens when it’s dark. In low light condition, we need the diaphragm of the lens to open wider.

It’s Not the Self Destruct Button!

Next, find the button that reads ISO and increase it to around 400-600. The ISO controls how light-sensitive your camera’s sensor is. The higher it is the more sensitive it becomes allowing us to take a faster exposure. The faster the exposure the more we’re able to freeze the moment. This is especially important if you’re photographing moving objects like motorcycles. TIP: There’s a price to be paid for increasing your camera’s ISO level. The higher it is the more you increase the chances of digital noise being introduced into your image.

Between a Rock and ‘Any’ Hard Place.

If you have a tripod get it out. On dull or low light days we want to minimize blur. By stabilizing your camera on a tripod, small bean bag or against something solid, we’re removing camera movement from the equation and increases the chance of capturing the moment perfectly. If there’s no way to stabilize then make sure that ‘VR’ (vibration reduction) is turned on.

If your camera has profiles (most do these days) select one that reads, ‘vivid’ or ‘high contrast’. Different manufacturers use different names for these profiles, so yes, you might have to read the manual or look it up on YouTube.

Selecting one of these allows your camera to make several changes to how it produces your photographs.

1. It’ll add more contrast to the image, ensuring it has some visual wallop.

2. The sharpening of the image will be increased in images taken.

3. A little extra saturation (colour) will be added to images taken. Put these three changes together and your images aren’t going to be dull. 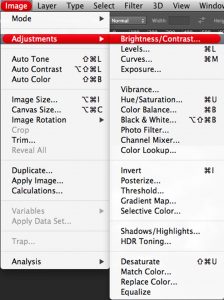 Almost every published image you see these days has had some minor adjustments and although your photo has some great detail, we still want to make sure it doesn’t look dull.

Almost any image-editing program will offer a ‘contrast adjustment’ feature.

So, open your image in your editing software, navigate to the image menu and choose ‘adjustments’, then choose ‘Brightness/contrast’.

(TIP: make sure the preview box is checked) Move the slider to the left, adding contrast until you’re happy with your image. 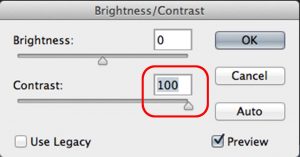 TIP: If your camera has the option to shoot in RAW mode then select it. Raw images are exactly what your camera saw through the lens while .jpg images are a compressed watered-down version.

Sure, the images are smaller but you lose detail, colour depth and impact. If you’re using a DSLR and shooting in .jpg mode, it’s a little like driving a Ferrari but fitting re-tread tyres and never changing out of first gear.