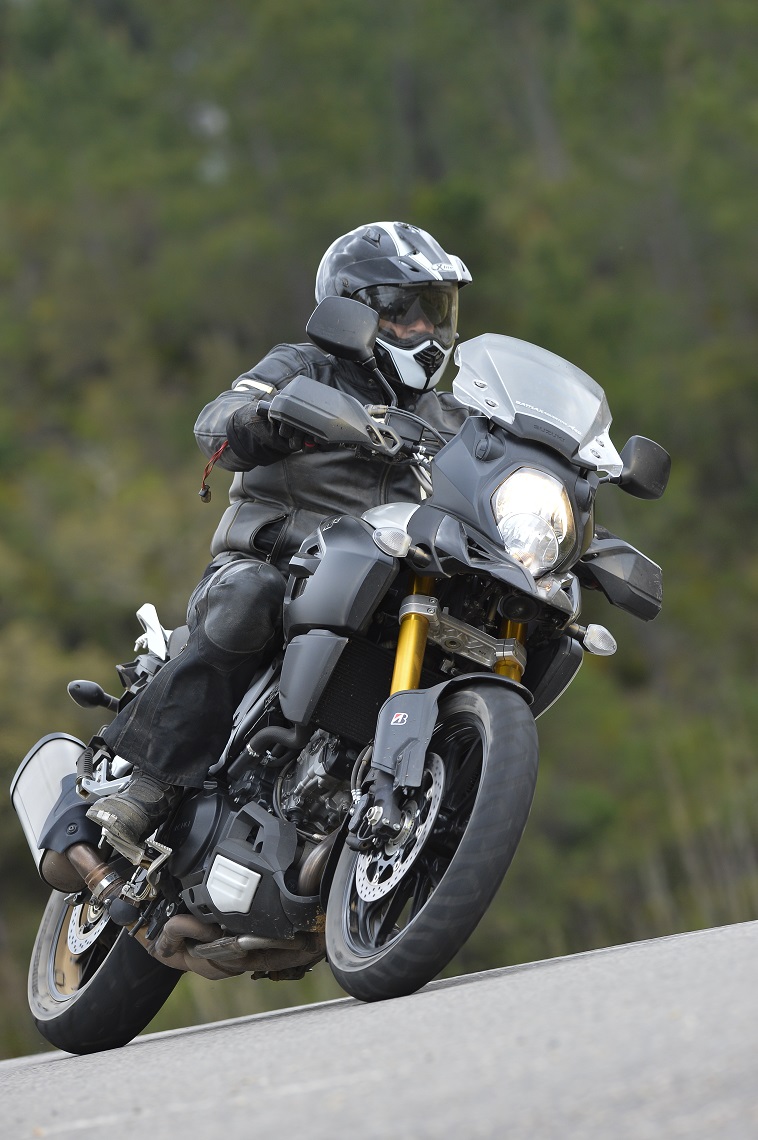 Alun Davies checks out the all-new Bridgestone Battlax Adventure A40 on the roads and trails of southern Portugal.

I doubt very much if the 41-year-old Shojiro Ishibashi built into his 1930 business plan the cost of buying a Welshman Piri Piri chicken in Lagos, Portugal in 2015. Generally speaking, I find such a lack of foresight a sloppy trait but in this case, I’m open to debate.

In Japanese ‘ishi’ means ‘stone’ and ‘bashi’ translates as ‘bridge’ and it doesn’t take much processing power to arrive at the world’s largest manufacturer of tyres. Bridgestone is a colossal company, employing just short of 140,000 people with an annual turnover of over 3.024 trillion yen – that’s over 16 billion pounds – and, for the purpose of understanding why I was scoffing spiced chicken in the Algarve, the company has just launched the new Battlax Adventure A40.

Aimed at the ever-growing adventure market the A40 is for the rider looking to spend far more time on tarmac than he is scooting around in the dirt. That said, the tyre has been designed with dry gravel and dust trails in mind, with the emphasis on the word ‘dry’ – the A40 is no off-road mud plugger.

For a tyre to be fit for purpose it must possess stability, traction, durability, shock absorption and a marketable price. Bridgestone’s aim with the A40 was to up the performance in these areas using the respected Battle Wing as a start point. More specifically, the focus was to improve the wet and dry traction without sacrificing stability and longevity whilst maintaining the price point set by the Battle Wing.

During the presentation, we were informed that tests proved a 20% increase in wear life and it was confirmed that prices would remain the same as the older tyre. The new A40 comes with larger contact areas at high lean angles offering more traction in corners, the tread blocks have been increased in size providing more stiffness and therefore stability. The revised tyre compound coupled with an all-new, wider groove pattern, assists with water clearance and wet weather riding performance whilst the mono-spiral belt construction improves shock absorption. On paper, the A40s sound perfect.

I was provided with a Suzuki V-Strom 1000 to run out the A40s and found nothing in practice that contradicted the Bridgestone theory. The tyres were exceptionally stable during high-speed motorway runs, the traction was firm and dependable on fast sweepers and blind hairpins at peg scraping lean angles even when subjected to unexpected mid-corner braking. In short, they were nothing other than sure-footed throughout.

On the dry, dust and gravel trails of southern Portugal, the A40s coped with ease. The dependable performance was just as I’d expect from a competent tyre when ridden off-road.

As we’ve just fitted a pair of A40s to the ABR 650 V-Strom, keep checking in for a longer-term review in a future issue.