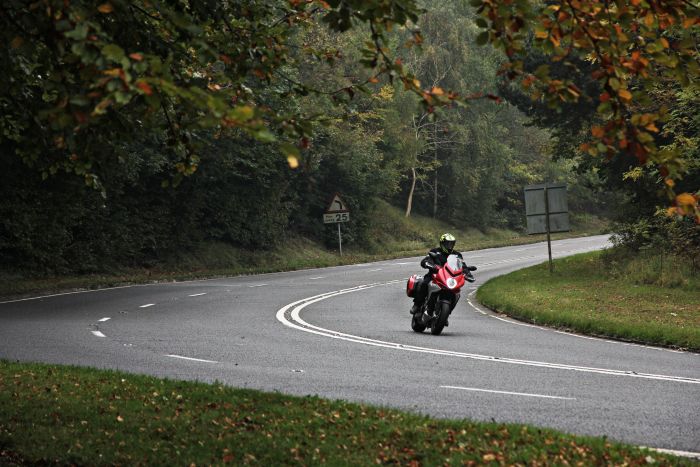 Way back at the tail end of 2013, famed Italian bike manufacturer MV Agusta announced the launch of the bike that would signal their first foray into the adventure bike sector, the Turismo Veloce 800. With classic Italian styling that the company has become so known for, it was highly anticipated by those who wanted to make the switch from sports bike to adventure tourer.

A £12,000 price tag established the Veloce at the premium end of the price scale, and with MV’s heritage in racing, you just knew the on-road performance was going to be there. Despite the bike being of the adventure ilk, there was no mention of off-road prowess, and rightly so, this isn’t something you’d ever want to throw down a green lane.

The Veloce was finally released to the public in the Spring of 2015 and MV Agusta CEO, Giovanni Castiglioni described the machine as “the bravest bike ever made by MV Agusta”. By that, of course, he was referring to how much the Veloce diverted from the company’s typical sports bike traditions. 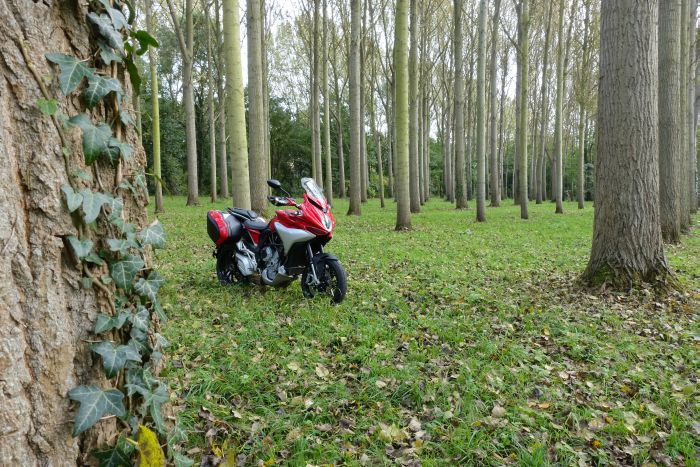 Sporting the same ferocious engine that can be found in the manufacturer’s F3 supersport bike, though detuned from 148bhp to 110bhp, the Turismo was promised to handle the performance and handling of a sports bike, but with the comfortable seating position that has made adventure bikes so popular since Ewan and Charley rode around the world.

By producing this machine, MV Agusta hoped to tap into an area of the market that has grown year on year, competing with the likes of the Triumph Tiger 800, Yamaha MT-09 Tracer and, to a lesser extent, the Ducati Multistrada 1200 and BMW S1000XR.

The Lusso version goes even further than that, adding a Garmin Zumo 390 SatNav, full-colour TFT dash, heated grips, a centre stand and Sachs semi-active suspension. The Sachs suspension is without a doubt the main selling point of opting for the Lusso over the standard, offering a sophisticated suspension system that uses a Skyhook algorithm specifically developed for the Turismo Veloce 800, to continually adjust to varying riding conditions. Such suspension can be found in the Ducati Multistrada and, based on our experience, it’s as good as it gets. 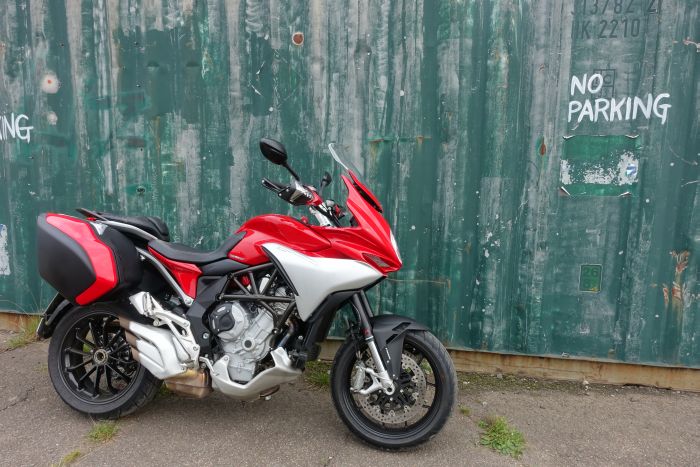 We tested the Veloce 800 back at the end of 2015, but we thought we’d get in touch with someone who’s actually had the pain of laying out their own hard-earned money to buy the machine, and so we got in touch with Shane Hargrave, who’s owned the bike for 12 months. Here are his thoughts:

Having owned the MV for over 12 months, as a road bike it’s an absolute lovely bike to ride. I opted for the standard version without the Sachs suspension, and it’s a fantastic ride, I find it spot on for solo riding.

The riding modes are perfect, though I’ve found that I mostly keep it in ‘sport’ mode. Rain mode drops the power but is perfect for motorway stints, and actually gives very good MPG at 75-80mph. All riding modes can also be interchanged on the fly and the mode button is the best I’ve used on any bike. The TFT screen is a joy to behold with loads of information being provided in a clear and concise fashion that’s easy to read.

The adjustable screen is a very simple to operate and also can be adjusted with the left hand while on the move, I keep mine at the lowest position and it does a good job at deflecting wind. In terms of comfort, it’s adequate for most riding and I can do a couple of hundred miles in pretty good comfort. The suspension is assuring and very compliant. 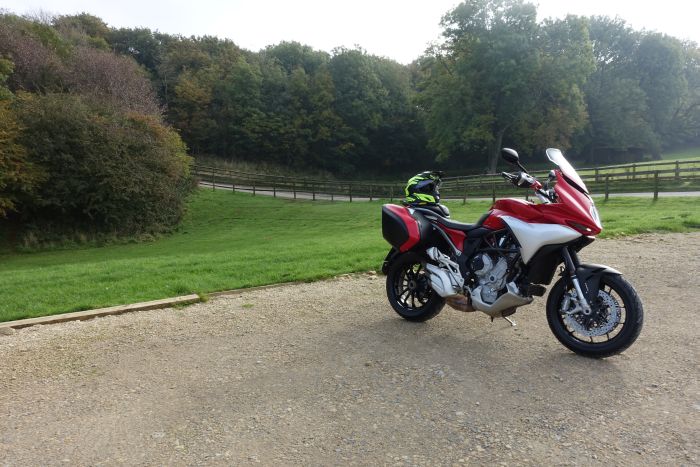 Reflecting MV’s racing heritage, the foot pegs are little on the racy side and set slightly high. Although removing the rubber cleats has helped lower them a good bit. The quick shifter up and down is absolute joy to use, and having never used one prior I’m hooked. It makes a lovely popping sound as the ignition cuts upon changing gear.

Attention to detail is typically MV. It’s a stunning bike in the flesh, the beautiful tank is perfection, the rear section is stunning and very slim and the trademark MV exhausts add to the overall aesthetics. Overall I love it, and am very happy with it. It’s nice to be unusual and not run of the mill. 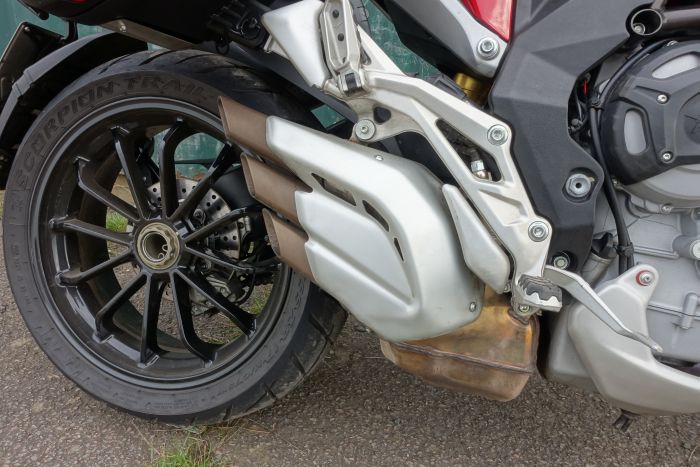 It gets good looks when it’s out and about, and it’s important to remember when buying that it’s not an off-road bike in any way and I’d never take it off the tarmac. It’s fun, quirky and typically Italian.

It’s not all sunshine and rainbows though. There’s no storage space under the seat at all, the steering lock is dire, and dealers are a little thin on the ground. When you do finally find one, though, they are helpful and do their best to help when needed.

If you’re looking for an adventure bike that offers the performance of a sports bike you’ve got to check out the MV Agusta Turismo Veloce 800. Go out and take one for a test ride, you will have a smile on your face, the whole time! Be different and go MV.