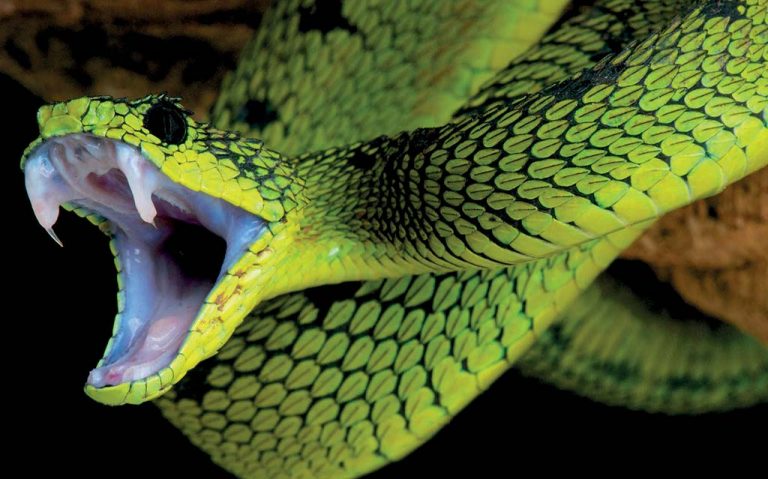 If you’re touring in an area that’s known to have venomous spiders or snakes, then knowing what to do if you’re bitten by one could save your life. Dr Alex Bamford gives us the rundown of how to administer first aid after the event

We are lucky to live in a country where there are relatively few indigenous creatures that have the potential to cause us harm through their toxic venom. Even the native adder, a species of viper, is a rather shy snake that only bites when threatened or alarmed.

For the most part, snakes and spiders across the globe have a similar temperament to that of the common adder; that is they tend to avoid human contact and just want to be left alone to go about their business. Inevitably though, when touring through warmer climates, exploring wild areas and sleeping in close proximity to the ground, the chance of interacting with venomous snakes and spiders will increase.

Although the whole “it’s more scared of you, than you are of it” cliché is probably true, the ophidiophobes and arachnophobes amongst us would perhaps beg to differ. Phobia or not, the prospect of a hissing black mamba rearing up within striking distance and showing the colour of its jet black palate would induce a palm-sweating, buttock clenching response in most sane individuals.

This article provides an overview of the common effects of snake and spider venom and the basic first aid that should be administered if you are unlucky enough to get bitten. Hopefully, this will allay some of the fears and mystery of any serpentine or arachnid encounters occurring on your next trip.

Prevention is always better than cure, particularly when you’re in a foreign country and several hours from the nearest medical facility. A few simple measures can easily reduce your chances of being bitten by a snake or spider. These points may seem like common sense but the majority of bites occur because these simple tips are not followed.

The bottom line is that you’re pretty unlucky if you do get bitten by a venomous snake or spider. Utilising the preventative measures above along with the knowledge of the basics of first aid for managing such a bite will help reduce the chances of being bitten as well as improving the medical outcome if it does happen.

It is very rare for a snake or spider bite to be immediately fatal and there is often a period of several hours during which the casualty can be extracted to the nearest medical facility. Employing the first aid techniques mentioned here will help ensure their survival in the hours following the bite.

Of course, the ultimate preventative measure would be to stay at home and not leave the house, but that’s not a story anyone would ever want to hear, and besides, where does one then get their sweaty-palmed, buttock clenching moments from?