A round up of the latest adventure books 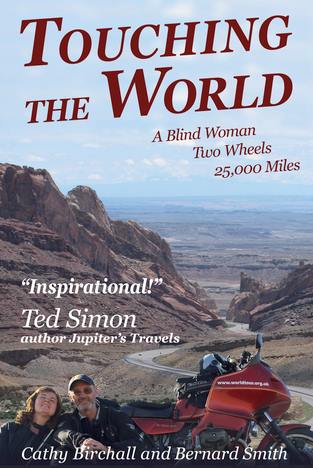 This issue’s round up of books… 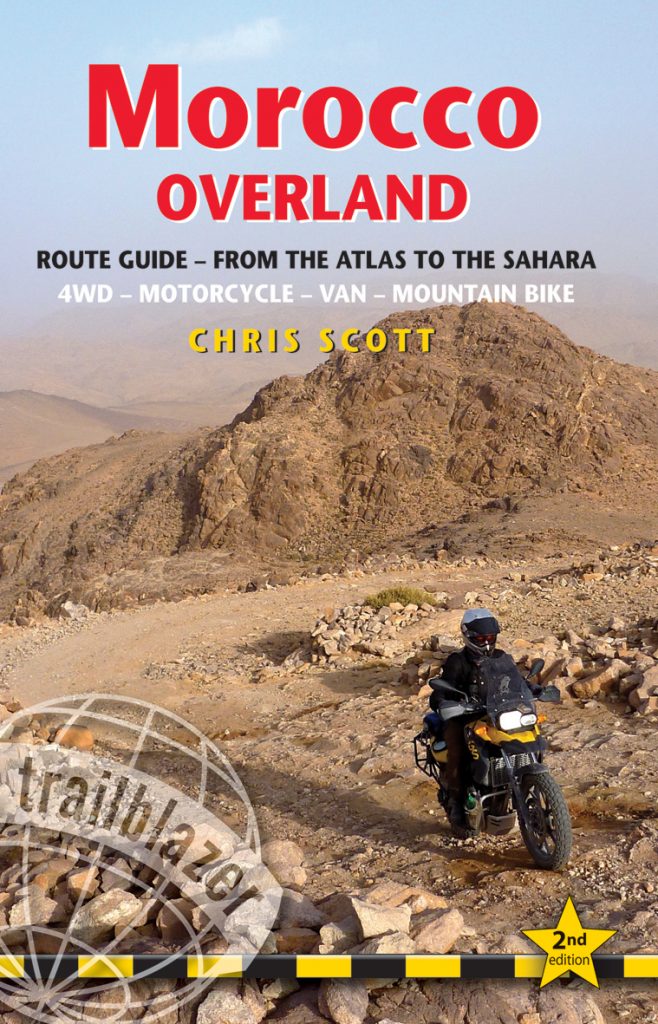 Chris Scott has been writing guide books for adventure bike travel for a while now and it’s difficult to find fault with them. This is the second edition of Morocco Overland, updated with eight new routes, GPS downloads with online content available, as well as a general tightening of content and layout. Debatable as to whether it’s worth upgrading if you already own the first as Morocco develops at such a pace it’s difficult to maintain a definitive guide as it is, but for anyone thinking, planning or about to embark on a trip to what has fast become a ‘must see’ country for adventure bike riders this is the book to buy. Chris also writes Sahara Overland and the Adventure Motorcycling Handbook, all published by Trailblazer.

The Real Way Around 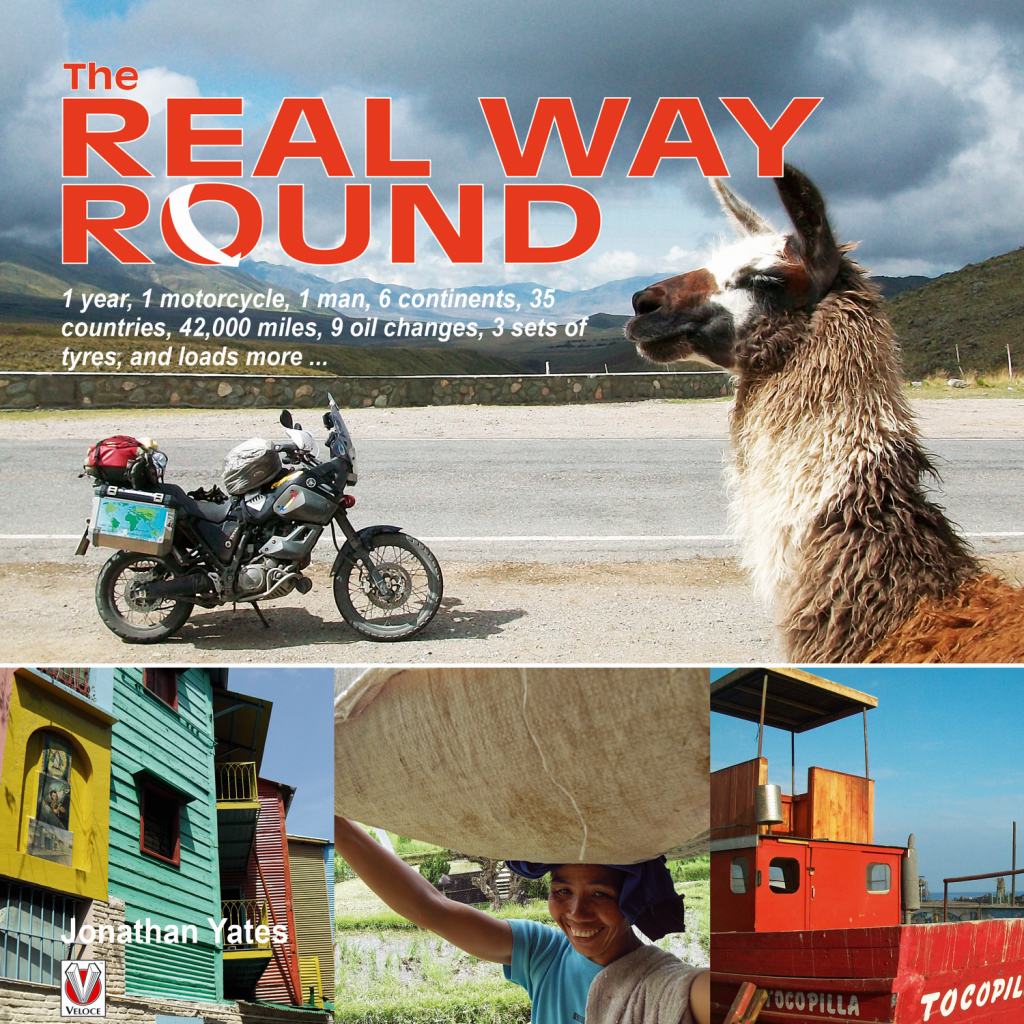 I met Jonathan in the midst of his trip around the world on a Tenere, the pair of us colliding somewhere in the middle of Kazakhstan. Four years later his book arrives in the office and what a professionally put together hard-back artefact of his trip it is. More a coffee table book (reflected in the price tag) than an out and out narrative, the book is loaded with fantastic images and breakouts of all the places visited. Captions on some of the images would have helped explain what was happening, but as stated, this isn’t a fictionalized narrative as some books of this genre tend to be, it’s a straight-forward, ‘this is my trip, these are my pictures, this is what happened,’ kind of book, and it’s all the better for it. Get it on Amazon, or buy direct from Veloce to help out the author.

One Man and His Bike 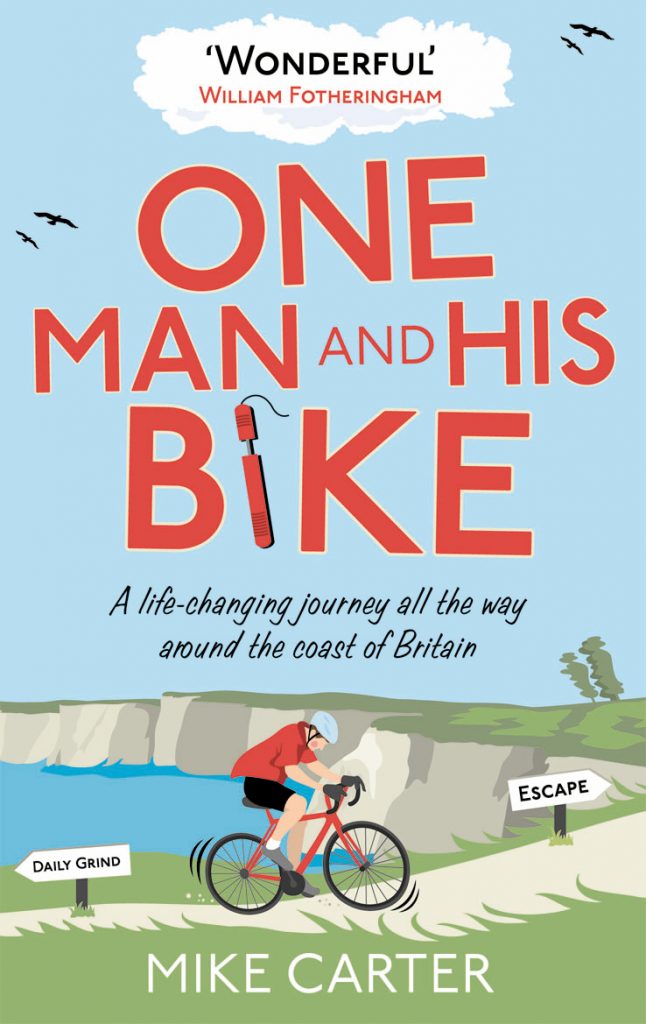 Not a motorcycling book per se, but in being a follow up to Mike’s hugely successful Uneasy Rider, we thought it worth the read. And what a good read it is. Far more open and warm than his first book, you really get the sense of the position Mike’s in when he realises his life’s not going the way he wants it to do and rather than take off (as he usually does at such times) to some exotic far-off location, he instead decides to pedal his way around the coast of Britain, illuminating as he goes just what great scenery and fascinating people we have on this tiny island. Like most trips, there’s a tendency to rush to the end – reflected in the text – but on the whole, for anyone currently wondering what else is out there, this is a great piece of uplift.

A book we somehow managed to overlook upon its release, but one certainly in need of mention. Touching the World tells the story of Cathy and Bernard’s remarkable journey around the world, a story made all the more fascinating by the fact that Cathy, as pillion, was blind. It’s a good, honest account of the realities of doing such a trip with what some might see as an impairment, but to Cathy was just another perspective on life. Sadly Cathy is no longer with us, losing her battle with cancer earlier in the year. She was a remarkable woman, who together with Bernard conducted a remarkable trip. The book doesn’t need sympathy to sell it however. It’s one of those books that reminds you to get out and do things whilst you still can. NM

Jonathan Yates The Real Way Around

How long did it take to write?

It took about one and a half years to complete, some months I’d do nothing, some weeks work on it most nights for a couple of hours. It depended on so many things – working on a bike book isn’t much fun if the weather is good and the alternative is getting out on the bike itself.

How did the book deal come about?

When I got back to the UK I took the Tenere for a service at Colin Appleyards, the mechanics were impressed with the state of the bike after its 42,000mile journey. We chatted about the trip, they suggested the book and a few contacts, and Veloce was suggested after a chat with someone at MCN – the rest is history.

Was it harder than you imagined?

Yes, and I was lucky, I’d kept a log on a dictaphone whilst riding and a friend from work helped by typing it up, this was then edited down into the book. Editing, tidying text, arranging the photos (and captions), working out mileage, spelling of place names etc.

Was it worth it?

Yes, the finished product exceeded my expectations. The quality of print, layout, content and hardback format make it a good read for all – makes a great gi . I was nervous about the £40 price, but as it’s on Amazon for £24 it’s just amazing value.

Any advice to others wanting to write a book?

Make sure you are happy to sacrifice other hobbies/pastimes. You will need the help of others to sanity check personal ramblings, second eye text and challenge what’s been written – this really helps improve the copy. How does it feel to see your story in print?

Fabulous – I was very happy when I received the early copies of the book. Lots of positive feedback from friends, family, bikers, travellers and strangers (on Amazon).

Could you make a living off it?

Not sure I could, it would be a brave move to give up the day job to push the book full time and not one I’d risk. I think exposure is so important to get the sales up and there are lots of alternatives – hopefully the quality of the book and images will create lots of recommendations and some long term sales.

Any plans to write a sequel/do another trip?

Do another trip: YES, since returning I spent two weeks in Northern Vietnam on a little 125 hybrid thing (convinced it was about three bikes rolled into one) and more recently three weeks in Morocco on the Tenere (yes she’s still going – fab). Write a sequel, not sure…. one more lap…. why not… I’d have a go but would love to get round Africa, India, Nepal etc, so might take a different route.