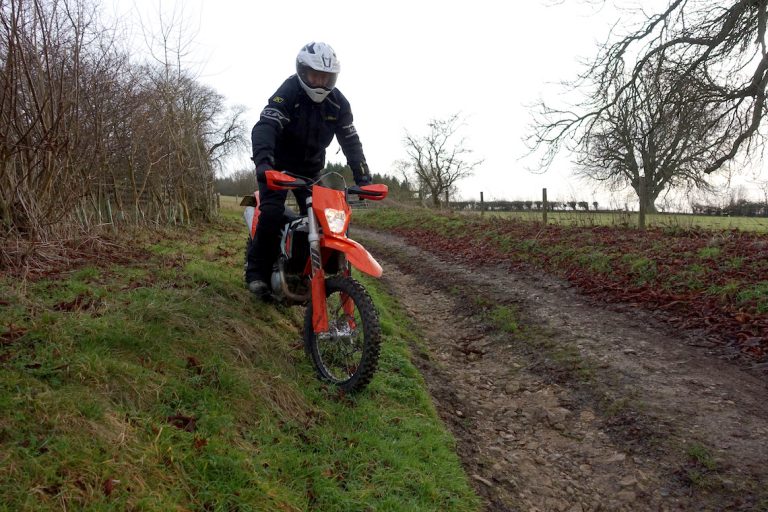 Missing the power-loving everything else, Alun Davies gives his thoughts on our long-term KTM 250 EXC

After six years of ownership, I decided to sell my Suzuki DRZ400E. There was a compelling reason; park it up for more than 10 days or so without draining the carbs, and I’d end up spending more time faffing around getting the bike to start than I would riding it.

I’d re-tuned the carb, changed everything in the carb and eventually fitted a new carb, but the result was the same, anything more than 10 days stood idle and the engine would not fire up until the standing petrol was drained and replaced with new fuel. “Ride it more often,” I hear you say. I wish.

I don’t know about you but I’m at a time in my life when all I want to do is ride, I just want a bike that’ll start when I ask it too and, to put it bluntly, I’m done with faffing.

I’m no expert on the matter but from what I’ve been led to believe the ethanol which is added to modern-day petrol is a major problem for older carburettor-equipped motorcycles and cars.

Essentially, ethanol absorbs water and attracts moisture, thus causing corrosion of metal parts (including carbs), degradation of plastic and rubber components, and reduced engine life. It also affects ‘starting’ and for that reason alone the DRZ had to go.

The good news is that modern-day fuel-injected bikes are ethanol proof. The bad news is they are a lot more expensive than an old DRZ. However, getting out on the trails is a big part of my life, it’s also a very enjoyable part so with that in mind I was on the point of biting a £7,000 bullet when an email came through to the office from KTM. ‘How would you like a long-term trial of a 250EXC’? Of course, I turned them down.

The bike was delivered, I rode it around the garden then disappeared on a two-week family holiday fearing the worst. Fifteen days later I nervously walked into the garage pressed the ignition and hallelujah…it started on the first press.

Anyway, I’ve been out on a short and easy first ride around the green lanes of the Cotswolds and completed the running-in oil change. My initial impressions are thus; it’s very light, the suspension is in a different league to what I’ve been used too and it’s instantly made me a better rider. On the other hand, I miss the power of the DRZ for the road sections. Right, that’s it, I’m off to Mid Wales.