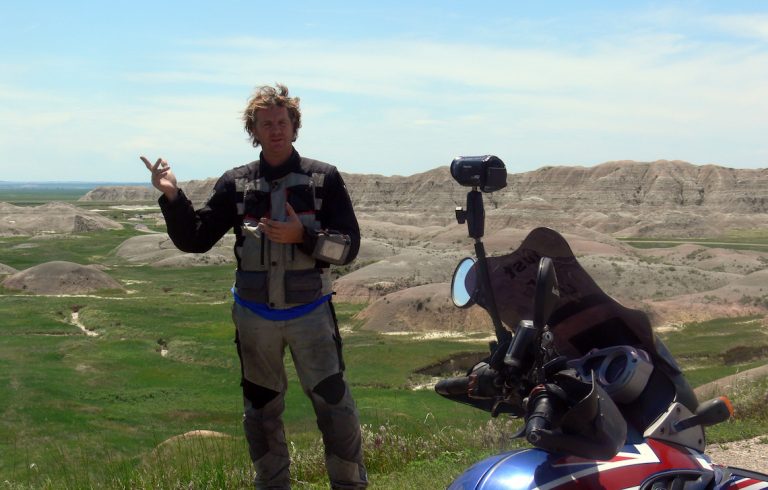 In the concluding part of this series, ABR and creator of YouTube’s awesome Brainrotting motorcycle flicks, Graham Styles, discloses some top shooting techniques and promotional tips for budding travel-film makers

I’ve been riding and recording my motorcycle adventure Brainrotting (www.brainrotting.com) for the past three years. Having had no previous video-making experience I think it’s fair to say that my learning curve has been steep. If you have the time and inclination, view one of my earlier videos and compare it with one of my later attempts. At the risk of appearing a little immodest, I hope you’ll see a marked improvement. In this concluding article I’ll be sharing some of my shooting techniques, top tips on how to make a good travel video, and how to go about promoting your video on YouTube once it’s all finished.

My singular favourite accessory is my monopod. It has many uses; I wouldn’t be without it. Not only is it lightweight and portable, it’s far more stable than a tripod and easier to use, delivering smoother pan and zoom shots.

I have an eight-inch flexible arm attached to my handle bars via a RAM mount (www.ram-mount.co.uk). This allows me to use the motorcycle as a tripod when out on the road. In a matter of seconds I can get off the motorcycle, attach a camera and start shooting. You can experiment with adding more RAM mounts to your motorcycle, but remember that engine vibration will most likely make moving video shots unwatchable.

I also carry a tripod with me, which is great for recording interviews with people on the road. These on-camera chats often deliver interesting sound bites for use in my videos. A trpiod is also necessary if you’re travelling solo and want to set up shots riding your motorcycle towards the camera.

If you’re using a point of view (POV) camera, the best place to mount it is on your body as it naturally absorbs vibra- tions and this will produce the clearest video image. POV shots work well when there’s a point of reference in the image, such as your wind shield, a mirror, or your helmet visor. I brought a Velcro arm band with me on the road (the kind used by joggers to secure an iPod to their arms) and I particularly like the effect of strapping the camera to my ankle with it. This gives a great view not only of the road ahead but also of the bike’s front wheel bouncing along. The GoPro helmet camera (www.gopro.com) comes with a good variety of durable mounting options which should allow you to get creative with your POV camera shots. 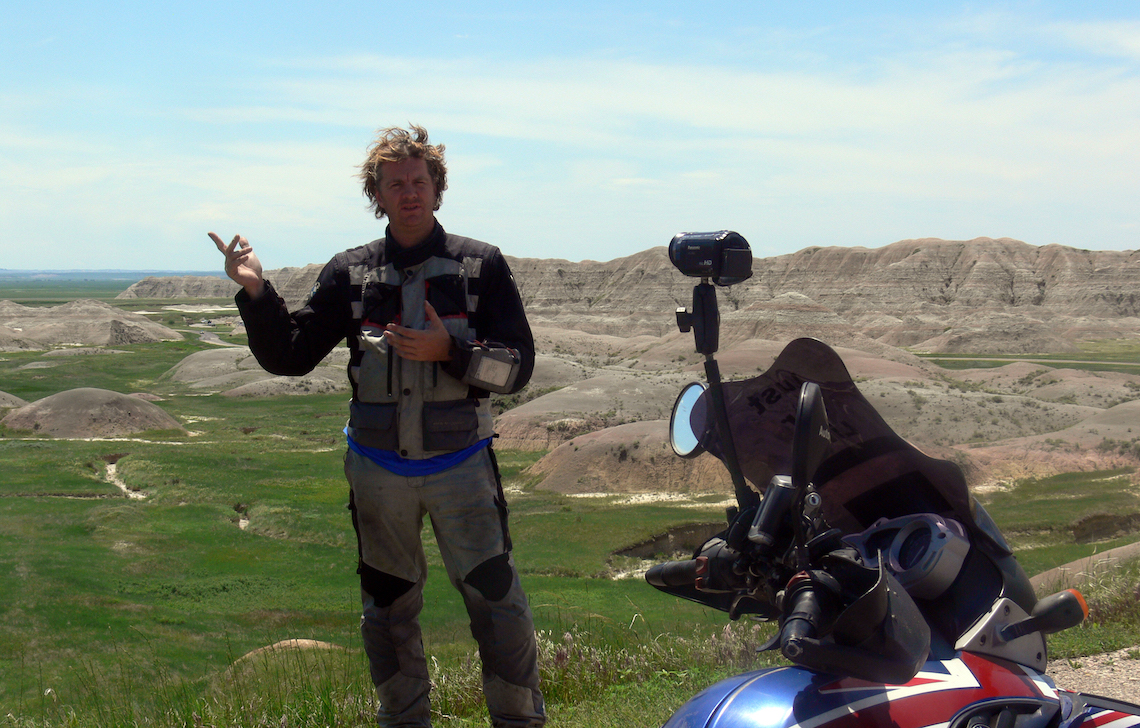 I’ve received a lot of help with Brainrotting while travelling, often from professionals who took time to watch my videos and give constructive criticism. Here’s the essence of their advice, mixed in with a few hard-earned pearls of my own wisdom 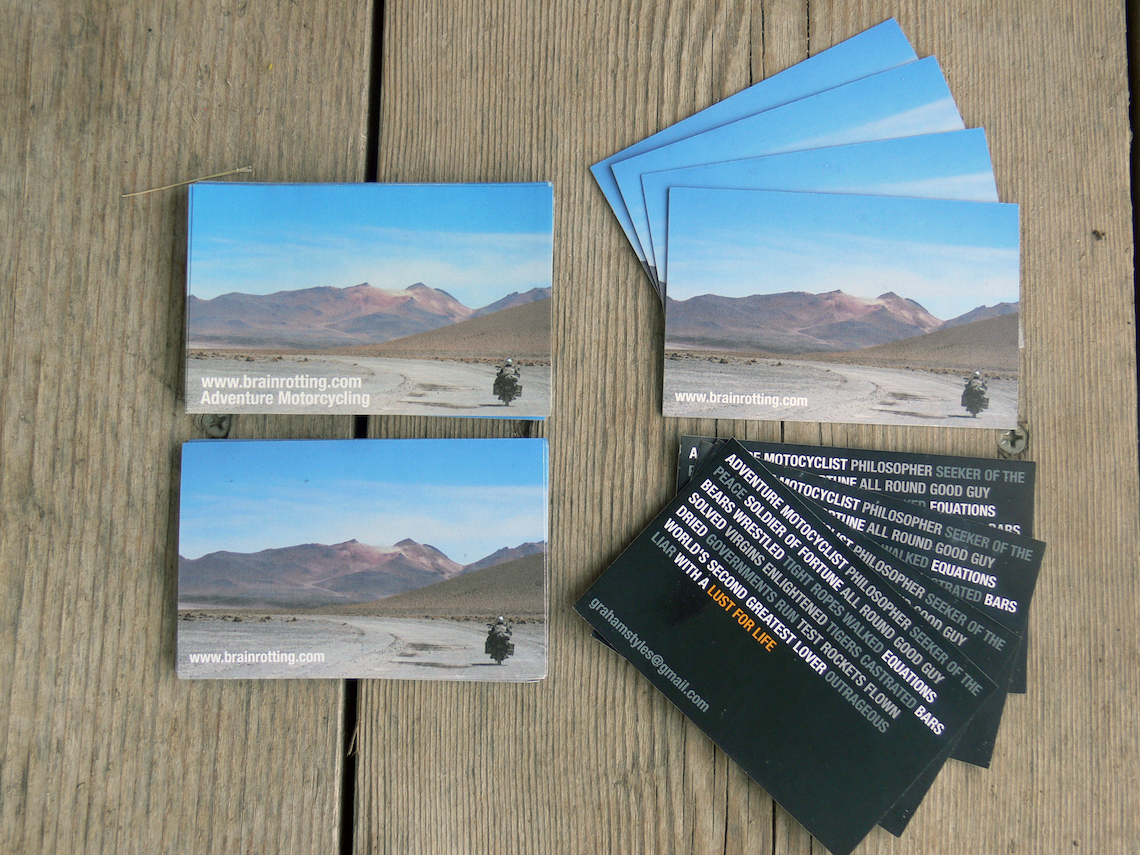 It’s one thing to make a video that people want to watch, but how will they find it among the thousands of videos being uploaded to YouTube every hour? 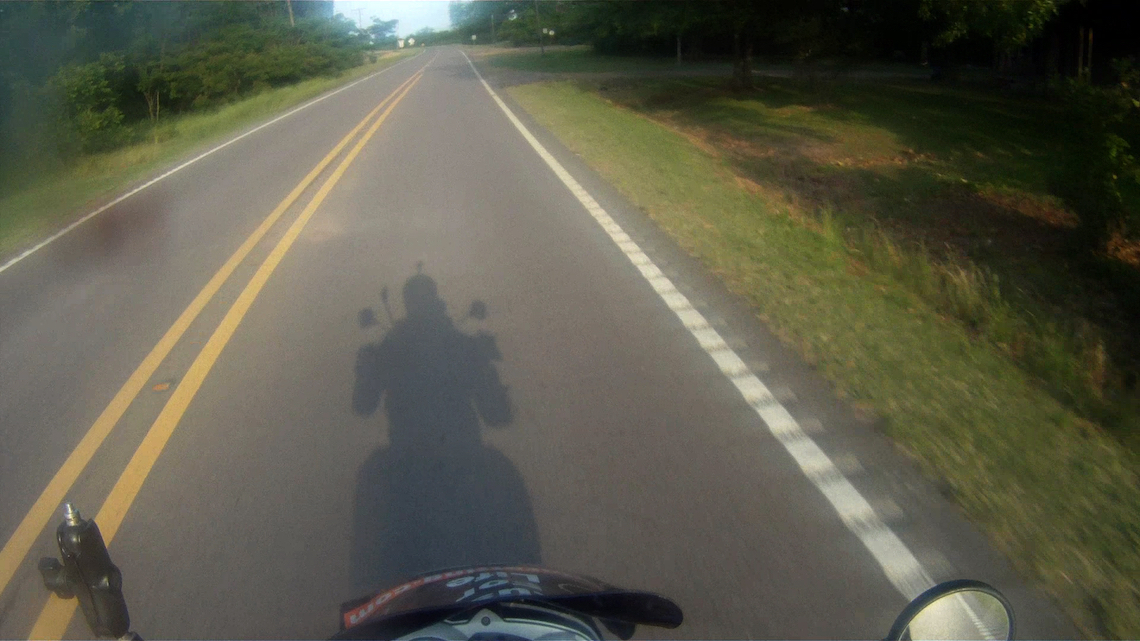 I hope you’ve enjoyed this three-part journey along my video-editing learning curve, and it’s encouraged you to take the plunge and enter the world of travel-film making. Who knows, if you get really good at it you could even submit your film to
be shown at Austin Vince and Lois Pryce’s The Adventure Travel Film Festival? (www.adventuretravelfilmfestival.com).

Your average YouTube viewer typically likes watching videos under two minutes in length. If your audience will watch a five-minute video they’ll probably watch a 15-minute video, so don’t obsess with making short snappy videos, unless that’s what you want to achieve