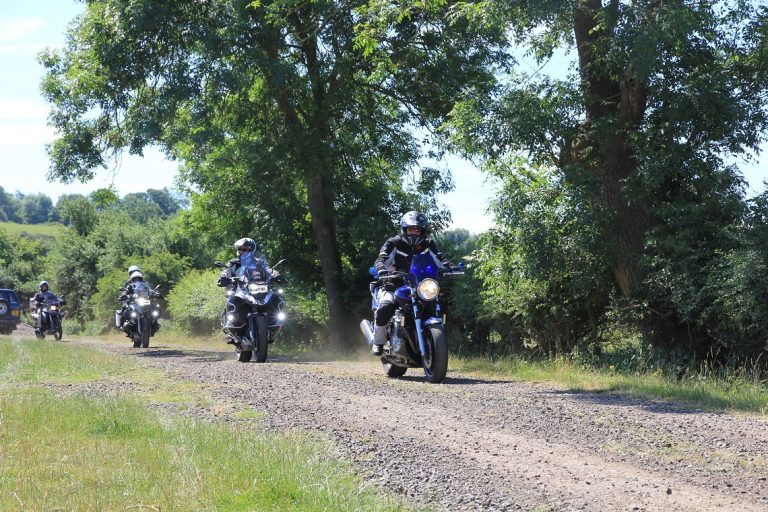 Should you be concerned of the legalities when leading a ride? Andrew Dalton delves into the subject…

I occasionally lead or tail-end Charlie TRF rides over in my patch of the Chilterns. Most ride leaders cheerfully lead and are entirely unconcerned of the legalities of leading a ride, and they are right to be untroubled. The legal duties of a ride leader are pretty minimal and you don’t need to be a qualified lawyer with 25 years of experience to use a bit of common sense.

However, there have been a couple of cases and a fundamentally misconceived prosecution that has created some largely unnecessary concern amongst ride leaders.

Whether you lead for the TRF, organised a mixed ability run on blacktop or green lanes, or get a couple of mates to follow you because you know some nice roads, you need to have a few points in your head. As a volunteer ride leader, so long as you are not getting paid, which gives contractual remedies, your duties are pretty modest.

There was one infamous case, wrongly decided by a circuit judge, therefore a judge of the first instance (whose decisions set no precedent), where a lead rider travelling at 83mph was sentenced on the basis that the rider catching up by doing 103mph was “forced” to travel at this speed.

This case entered biking folk law but, at its bluntest, the judge was just having a bad day. I do not speculate as to why. It sometimes happens, but the judge got his sentencing wrong. I suspect the riders ran out of money or energy for an appeal.

The law was rather more correctly applied by another circuit judge, also a judge of the first instance, when a group of riders were tearing along and one of them died. The Crown tried “death by dangerous driving” on the basis that the consequence of excessive speed was that somebody trying to ride at that pace might die.

The judge directed the jury that the prosecution must fail on that basis. The fast boys were certainly riding dangerously fast and were sentenced on that basis, but they were not convicted of causing the death of the motorcyclist who died as a result of his own decision to ride so quickly.

So when I lead a ride, what do I do? As a matter of basic courtesy, check the other riders are OK with the pace. You do not have to do this as a matter of law, but it does mean that some poor rider is not riding like their hair is on fire just to keep up with the fast boys and girls.

Your basic duty is to ride properly and prudently, so slamming your brakes on during a tricky, slimy descent knowing somebody is behind you is daft, for daft read negligent and from negligence a claim arises.

Likewise, potentially, so does criminal liability, but the chances of the police turning up to start writing people up for driving without due care on some rocky lane in the middle of the Peaks is pretty slim.

A group rider, riding in a group owes exactly the same duties as they owe riding on their own. So when I lead a ride I do not get anyone to sign a disclaimer. I do try not to ride like an arse, which does not always come naturally, and I keep any group small with a trusted tail-end Charlie. I check that the terrain and pace are OK with the riders fairly frequently, and as a cautious lawyer I have never felt the need to get any more legal than that.