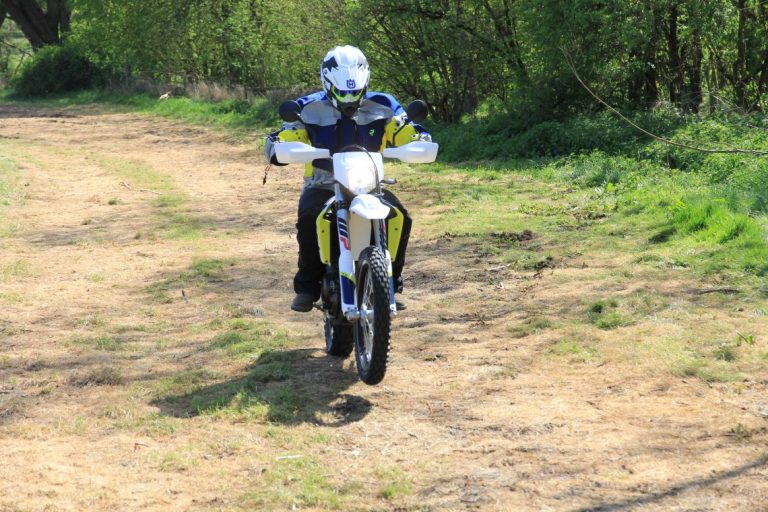 Just the other day I stepped out of the house and paused for a spot of motorcycle love reflection. Ten minutes later and I was still there, taking in the seductive form of the Husqvarna 701 Enduro.

I’d spent a few weeks riding the previous 2016 version, during which I found myself walking around the bike admiring the colour scheme and engineering and wondering how I could ride it off-road without messing it up with mud and grime. Such is my fondness for the 701, I feel guilt when riding in the dirt.

You know, I can’t mention the 701 without starting off with a quick nod to the looks of this bike, to the point where I’m starting to sound like an echo chamber rather than someone who earns a living reviewing motorcycles.

So, I’ll have to ask you to excuse the odd ‘oooh’ and ‘arrrgh’ cropping up every now and again as I get to know this bike over the next year.

Anyway, the new 701 looks remarkably similar to the old 701, and that’s because most of the changes have been carried out under the covers. The 2017 version is now Euro 4 compliment and, in the process of upgrading, the Husky comes with increased power (74bhp), torque (52ftlb), revs (extra 1,000rpm of usable power), reduced vibrations, and 6,000-mile service intervals. And when you consider it weighs in at only 145kg it’s pretty much in a class of one.

As a motorcycle for the lightweight, solo adventurer with an advanced case of iron butt and a longing to tackle the tougher routes, I’d be prepared to go on record as saying there is nothing currently in production to challenge the 701.

If you can live without all the trappings of modern-day touring (like spare undies and socks etc.) and are happy living out of a kit bag bungeed to the back of this bike then the world truly is within your grasp.

The 701 has undoubted off-road pedigree, is powerful enough for long-distance road work, though comes up short in comfort and carrying capacity. My intention over the course of 2017 is to go back to my lightweight roots and, hopefully, get to love riding the 701 as much as I like looking at it.