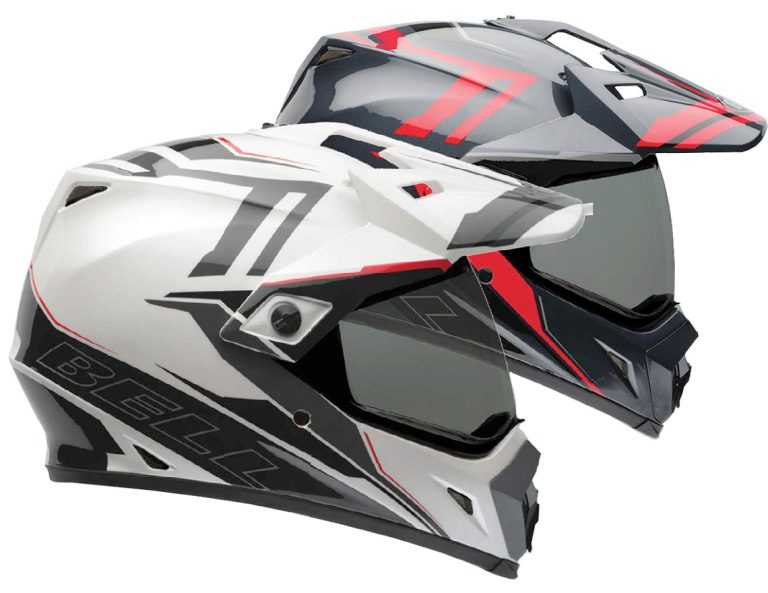 The latest and greatest biking kit

The MX-9 Adventure, which was new for 2015, is Bell’s entry-level adventure-style helmet, offering a fully removable peak and extended chin-guard for under £150. It’s available in three shell sizes and the helmet complies to the ECE22.05 standards and it’s been given the ACU Gold approval. A look on the marketplace will show that the MX-9 Adventure has placed itself on the upper end of the ‘budget’ limit, facing competition from the lower-priced Stealth HD009 and Spada Intrepid Adventure.

Out of the box, there’s no denying that the MX-9 Adventure is a nice looking lid. The decals, the peak and the chin-guard all come together to embody the ‘adventure’ image and as it’s available in no less than seven different colour schemes you’re bound to find one you like. 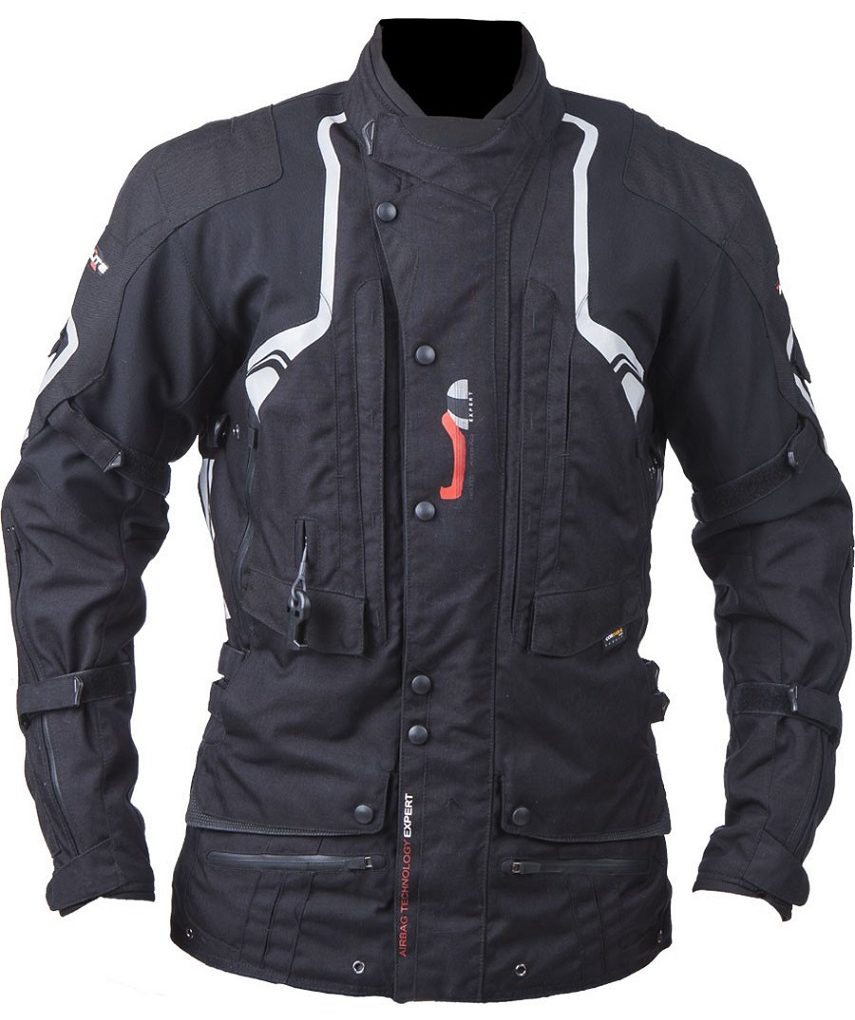 A few issues ago we tested the Helite Airbag Vest, an inflatable gilet that’s designed to give you more protection and support in the event of a fall. The whole idea behind the vest was great but our biggest concerns were that it was a tad heavy and a bit cumbersome to wear at all times. So when we were presented with the opportunity to give the Helite Touring Jacket a go we were excited. The Touring Jacket provides all of the protective benefits of the Airbag Vest, however it’s packaged into a great looking, comfortable to wear, three-in-one textile jacket.

As a standalone jacket it’s good, the fit is spot on, the styling attractive and there’s a nice amount of ventilation and adjustment throughout. The outer of the jacket is made from Cordura and a series of reflective panels

help make you more visible in low light conditions. When you consider that the inflatable technology has been integrated so seamlessly then you have to applaud Helite for doing so.

£650 might seem a bit expensive, but when you consider that standard Airbag Vest costs £475 alone, it starts to seem more reasonable as you’re essentially paying an extra £175 for a good textile jacket. You also have to see the value of the protection on offer, with the inflatable Turtle Technology Back Protection capable of reducing the force transmitted to the back, neck and spine by up to 40 times.

£300ish (Depending on make and model of motorcycle) – www.dynojet.co.uk 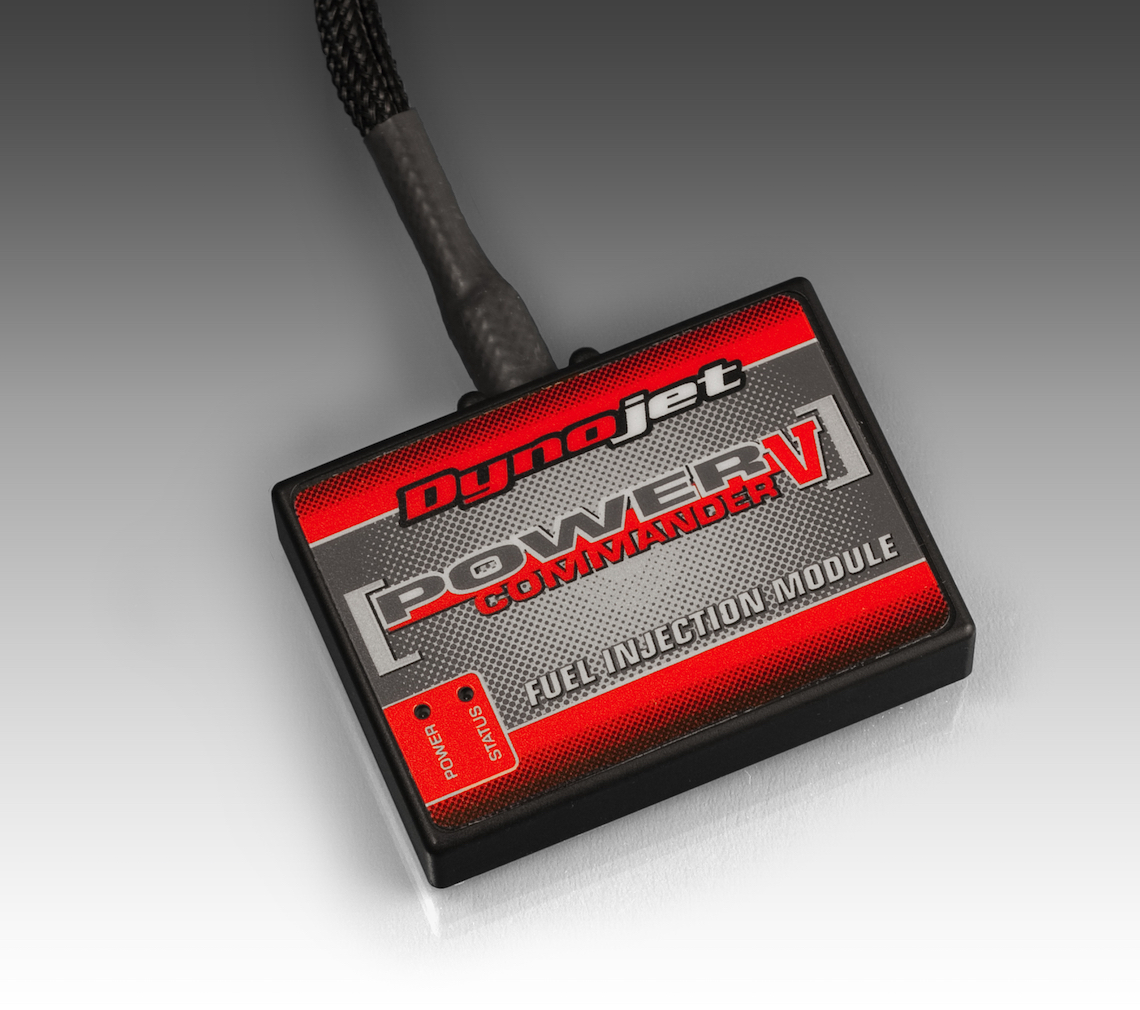 Ask any Yamaha 660 Ténéré owner to summarise the factory-set fuelling and you’re likely to get a single four-letter answer beginning with ‘c’ ending in ‘p’. That same Ténéré owner will probably have heard of the ‘Kev Mod’, a simple electronic device which fools the bike into thinking it’s running at a different temperature. The result, so I’m told, is better than the factory tune.

Whilst the ‘Kev Mod’ is a basic, low spec solution the high-tec precision answer for optimum performance is to fit a Power Commander and have the bike precision-tuned on a dyno. The objective is to have the motor set up for performance and efficient fuel consumption at every point on the rev range.

When Frank Jnr at Dynojet ran the initial dyno reading it confirmed what every owner knows; it runs lean, it runs rich, but it never quite runs right. The next 60 minutes were spent fine tuning the Ténéré for all points on the rev range. 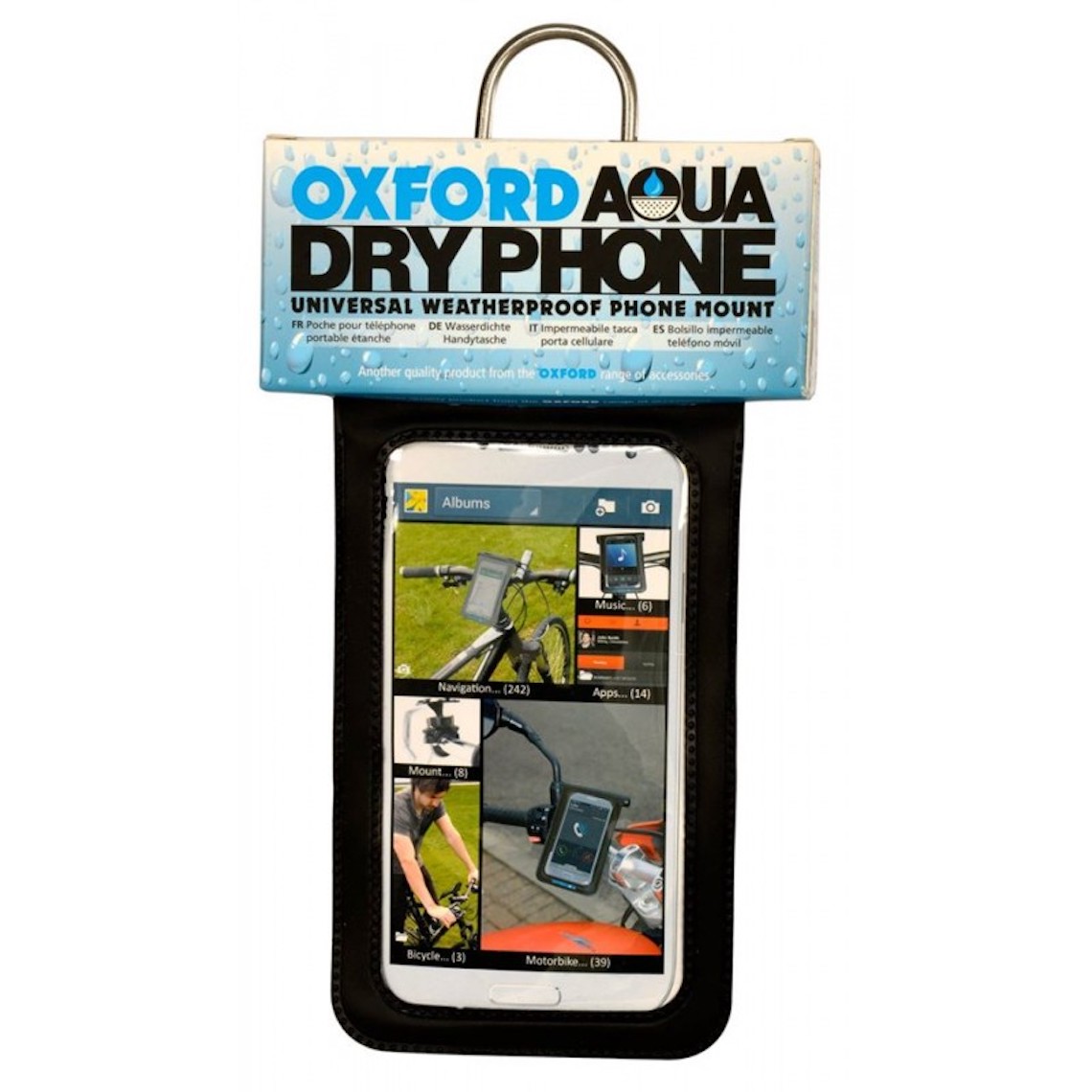 This universal weatherproof phone mount is perfect for those that want to use the functionality of their mobile phones whilst on the bike. The mount is suitable for any handlebars and two brackets are supplied. The mount is adjustable meaning the phone can be positioned at different angles.

The case works by creating a watertight seal around the phone and while this works well, there is a downside in the fact that it’s not possible to charge the phone or attach a set of headphones once the case is sealed. It is also a bit of a faff to undo the two fasteners which attach the case to the bike, but in my experience its better for it to be too hard to get off than too easy!

The case is 950mm wide, 1610mm high and is suitable for most mobile phones. As with all smartphones, the touchscreen functionality will not work with gloves, so a useful addition to this product is the Daytona Smartphone Controller. 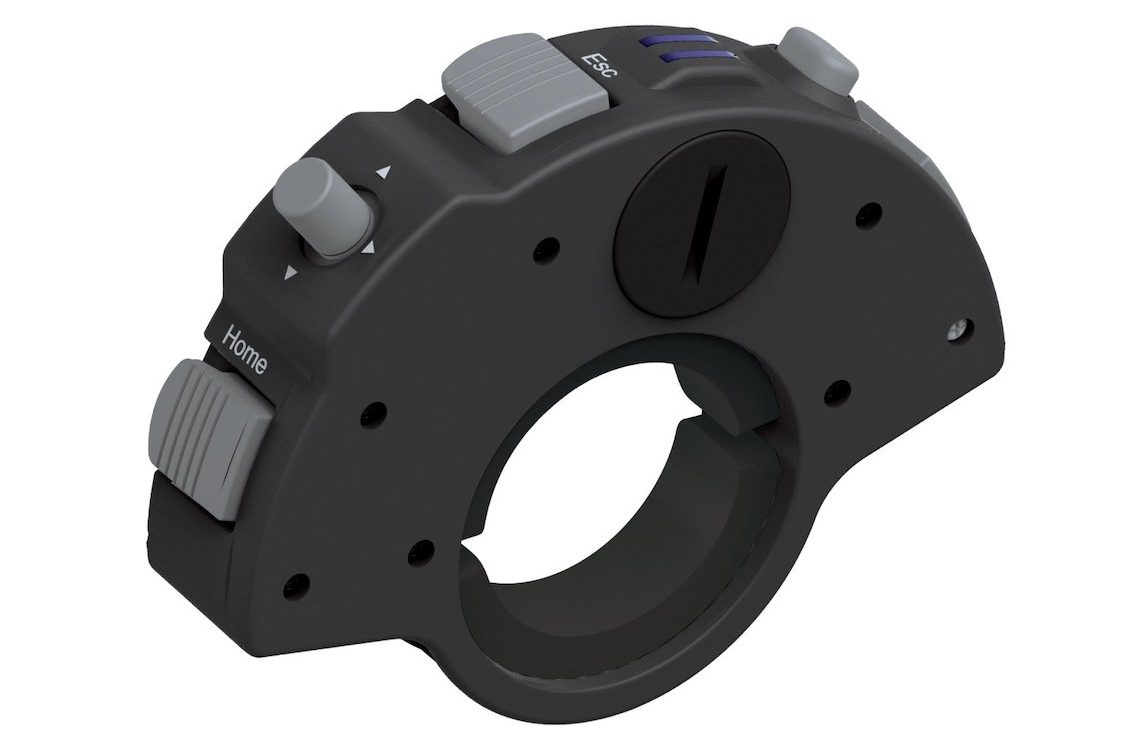 Daytona is a global manufacturer based in Japan and is well known for gauges and digital speedometers. The Smartphone Controller is a new addition to the range and it’s a waterproof, wireless smartphone controller that fits onto your handlebars and allows easy control of your device while in the saddle.

Now you can receive calls, text, control music, use mapping software etc. all without having to take your hands off the handlebars. You may think that smartphone operation is easy, but put a pair of gloves on and the screen functions will no longer work, even when the device is in its ‘glove mode’. The smartphone controller can easily be used with gloves.

The unit can be directly mounted onto 22.2mm and 25.4mm handlebars – or directly onto a 38mm handlebar grip. The standalone unit has a battery life of approximately 40 hours and can be easily recharged via micro USB when needed.

It is very simple to use, there are only four buttons (on/off, enter, exit and home) and a small joystick for navigation. It connects to many different smartphones using iOS (iPhone) or Android operating systems (see www.digital-speedos.co.uk for the full list of compatible devices).

The controller is easy to mount, although I suggest you place it as close as possible to your left hand to save excessive movement, it’s even more accessible if you mount on your grips. The instructions supplied are very clear and you can be up and running in a matter of minutes. Once Bluetooth connection has been made each time you return to your bike connection automatically occurs.

The password functionality on your phone has to be disabled as the controller has no functionality to unlock passwords, or whatever other security mechanism you may have setup.

I used the controller on a recent ten-day Euro trip and it performed very well, and was still working after hundreds of miles on the trails, several bike drops, rain and excessive heat. The only downside I found was that the ‘Enter’ button is a bit tricky to hit, it would be far better positioned next to the joystick controller.

For the person that wants to use their smartphone whilst on the bike this product is definitely for you.