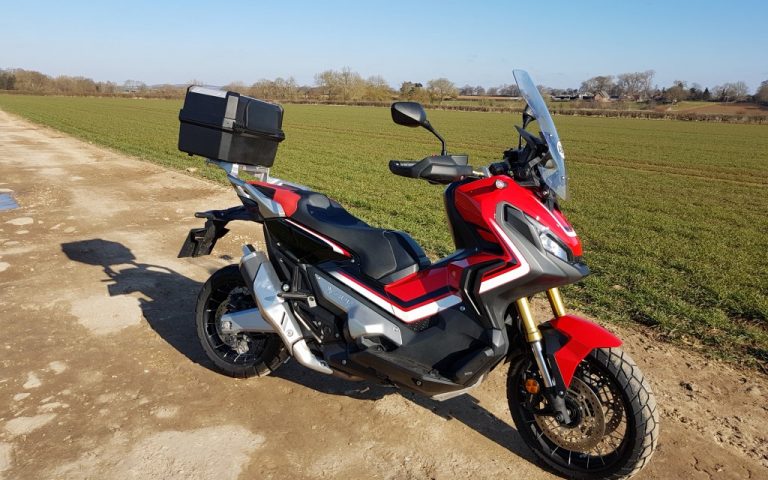 After a year of asking “is it a scooter or motorcycle?”, Alun Davies has come to a conclusion.

I’m sitting here writing this whilst glancing at a second screen showing rolling weather patterns over the next seven days. By the looks of it we’re in for a visit from the Beast From The East, otherwise known as ultra-cold air from Siberia.

Of course, you’ll be reading this after the event and if the excited claims of the Armageddon-influenced weather fanatics come true, then both you and I could well have lost a couple of limbs to frostbite. On the other hand (pun intended) it may just turn out to be one of those predictable grey and wet starts to a British spring.

I’m also saying farewell to the longterm Honda X-ADV we’ve had on test over the past six months and considering if I can now provide a firm answer to the question I’ve been most asked when out and about; is it a scooter or motorcycle?

After spending some time on the machine and hour upon hour pondering the permutations, I’ve finally come to a conclusion. The X-ADV is neither a scooter nor a motorcycle it is a genuine hybrid possessing features of both and its own distinct character.

From the off I’ve always viewed the X-ADV as a very brave and risky business move by Honda, certainly when viewed from the UK market perspective.

We are undoubtedly a motorcycle nation unlike our European brethren who tend to go straight from the womb and onto a scooter and therefore may be more inclined to ride a bike that certainly looks like a scooter.

And then there’s the £9,959 price. The X-ADV is far from being a value product like the more conventional £6,860 NC750x with which it shares an engine. In fact, on a cash basis it’s closer to the £11,575 Africa Twin which has undoubted appeal in the adventure bike sector and a defined target rider.

By contrast I’ve been struggling to pinpoint just who is the target rider for the X-ADV. For who does it solve a problem or fulfil a need? It’s certainly different and quirky and that will appeal to select riders who want something out of the ordinary. I’ve also been surprised by the number of bikers who’ve walked over and not just kicked the proverbial tyre but asked genuine, inquisitive questions.

I’m of a mind that the X-ADV is not disliked, personal experience has shown me that. It’s just not understood and accepted in the same conventional way that a traditional motorcycle is. In other words, while Honda has told us that the X-ADV is a ‘genuine novelty and a sales success’, with over 7,500 units sold in 2017, the UK rider is still at the point of asking the question ‘why would I want one’?

Well I can tell you this; it’s all day comfortable, offers great protection from the elements, offers low running costs, is superbly stable at motorway speeds, performs ok on gravel trails, is a buzz around town, has user friendly storage and word from the pillion is that it’s very comfy even on long trips. Perhaps the best advice I can give is go take a test ride and experience a genuine hybrid.