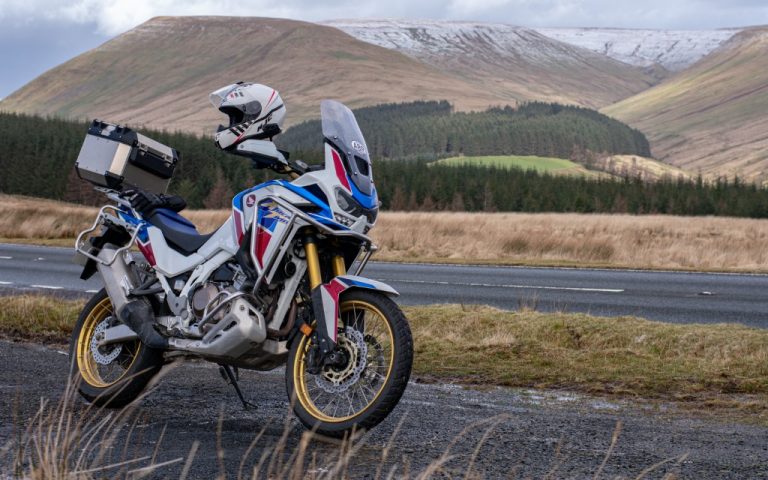 The Honda CRF1100L Africa Twin Adventure Sports features enough letters in its name to make Carol Vorderman giddy, so I’ll apologise in advance for suggesting a couple more: GT, or Grand Tour. My reasoning is simple. The big adventure bike has proven to be a brilliant road tourer over the past couple of months.

So, what makes it so good? Well, the bike wafts along at motorway speed in a statesmanlike way, sitting planted on the road in a manner quite unlike any motorcycle I’ve ever ridden. It’s undeterred by crosswinds or the turbulent air off lorries, and the huge 25l fuel tank allows for a 300 mile plus range, making covering big miles a hassle-free affair.

The sitting position (or throne, as Assistant Editor James called it after a blast down to Cornwall) is spot on for a six-footer such as myself and, combined with decent weather protection, helps make it the most comfortable bike I’ve ridden to date. The technology on the Adventure Sports also adds to the over all touring package on offer. While the words ‘Apple CarPlay’ will have purist’s eyes rolling, it has been a revelation for me. By syncing the bike with my phone and Bluetooth headset, I can ride along listening to the cricket on the radio before flicking over to some music when the inevitable England batting collapse happens. Meanwhile, Google Maps appears as if by magic on the bike’s large TFT screen to help me find my way. 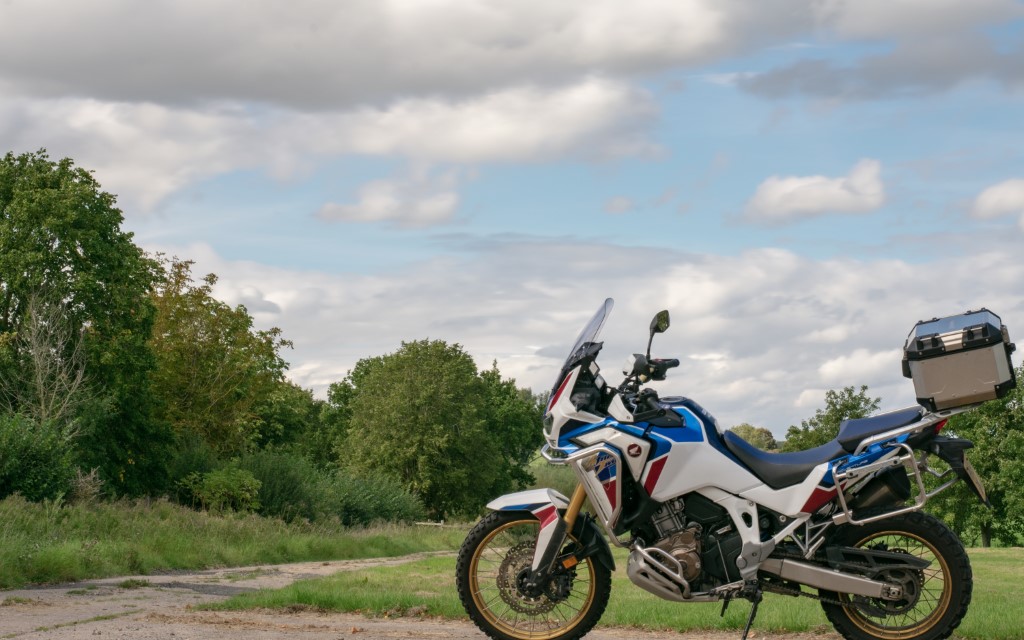 Ok, I realise all this sounds rather distracting but it’s not as bad as you might think. Once you get used to the initially daunting number of buttons on the left-hand switchgear, it actually becomes very intuitive and allows you to control all this technology with the flick of a thumb, without diverting much of my attention away from the road.

Is there anything I’d changed on the Adventure Sports to make an excellent long-distance touring bike even better? I’ve got my eye on an after-market comfort seat as the stock perch is a bit on the firm side for my liking. I’d also like a wider screen as I get a fair amount of turbulent air blowing onto my arms and shoulders. That’s about it.
Ultimately, when it comes to tackling long distances, the Adventure Sports is up there as one of the most capable bikes around. So, apologies to the easily tongue tied out there because the Honda CRF1100L Africa Twin Adventure Sports Grand Tour is here. 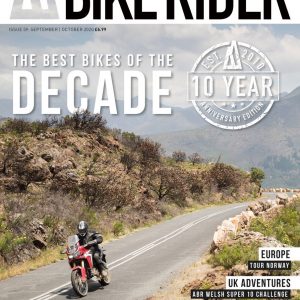