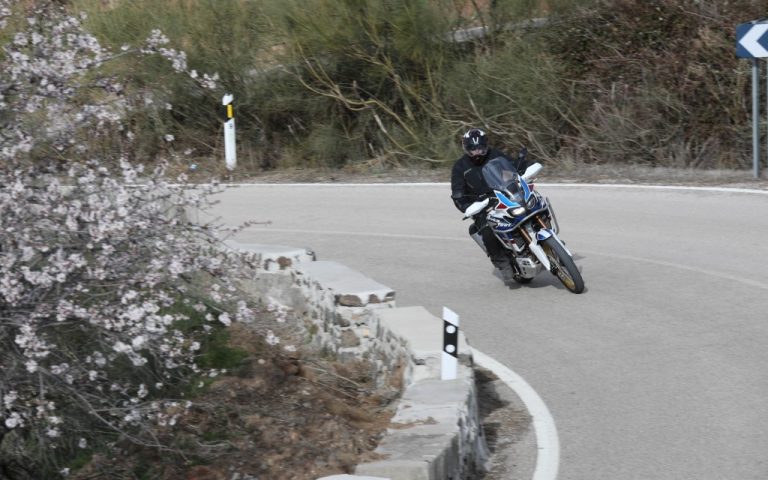 The time has come for us to hand our CRF1000L Africa Twin Adventure Sports back, but what’s it been like to live with the bike for the past six months?

For the first four months of its life with us, our long term CRF1000L Africa Twin Adventure Sports was ridden by regular Adventure Bike Rider contributor, Dave, and he wrote about it with enthusiasm over the past two issues of the magazine. At the turn of the new year, I prised it from his hands as I had to take it back to Honda for a bit of work on a recall.

It seems as though any Honda Africa Twin Adventure Sports with an OEM centrestand fitted is part of this recall, and it concerns a defective circlip that can cause the centrestand to detach. Not to worry, the remedy is a simple fix that took the lads at Honda a few minutes to right, and then I was able to ride on with no bother.

Now that the bike was in my hands, it only seemed fair that I got to use it for a while – I attended the launch of the Adventure Sports back in February 2018, and I’d found myself drooling over the bike on that occasion. For me, the best thing about it is that, at the risk of sounding a little bit odd, it satisfies my emotional needs as a biker. Press the ignition and it roars to life, the redesigned exhaust emitting a note that’s deep and fierce. Twist the throttle and it only gets better; it’s almost impossible to stifle the smile that it brings to your face. And the throb of the bike between your legs, well, let’s just say Honda specifically designed it to please (ooh err!).

What’s a bike if it fails to touch on the emotional side of riding? With the Adventure Sports, after parking up, you’ll find yourself turning around and checking it out as you walk away, its glorious paint job glistening in the sunlight. It has a big bike feel about it, and it has an impressively commanding road presence. Yep, go and test ride one of these bad boys and you’ll understand the enthusiasm.

If, after that test ride, you do decide to buy there’s one choice that’s bound to be thrown your way; that of manual or DCT. DCT is essentially an automatic gearbox, which turns the Africa Twin into a big twist and go. The one we’ve been riding for the past six months was the DCT model, and the question of whether we’d prefer this one over a manual is a divisive one.

Having lived with it for the past two months while commuting etc. I have to say, given the choice I’d personally opt for manual.

For me, the gear selection of the DCT model, in a lot of situations, seems wrong. Often, I’ll enter a roundabout in third gear, only to have the bike take me up to fifth as I’m making my way around it, leaving me with little power to pull away. Similarly, overtaking other traffic has proved to be uncomfortable, even if I use sport mode (which holds gears longer) or manually shift down (the system soon takes over an changes up anyway).

If there’s one area of the Adventure Sports that’s dissapointed, it’s been the quality of finish on some of the bike’s components, most notably the crash bars, which are looking well-worn already.