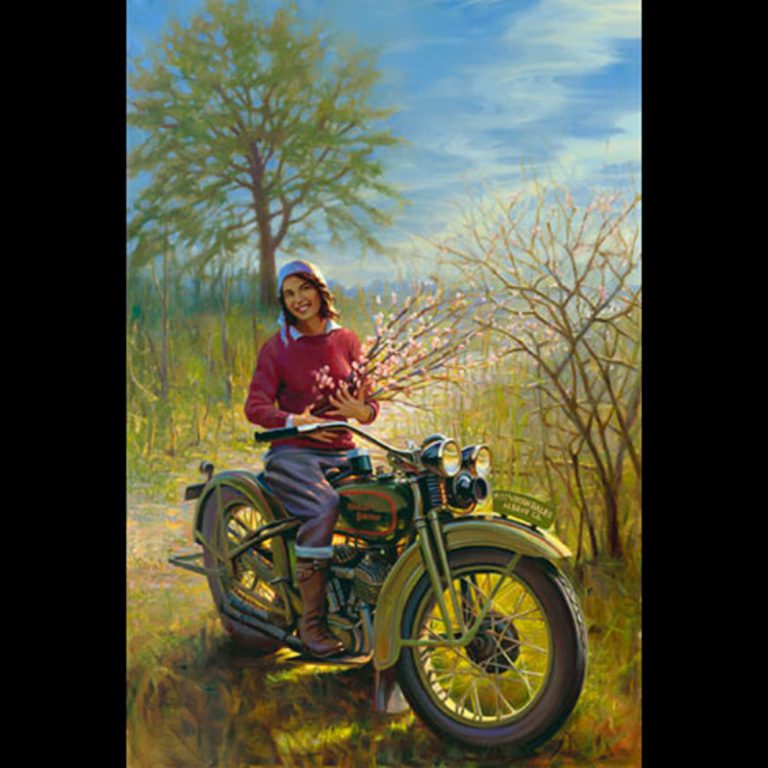 Meet the late Vivian Bales (1909 – 2001), a girl with a passion for adventure from Albany, USA, who became the first motorcycle cover girl and one of the first female long distance riders. In 1926, shortly after graduating from high school, Vivian bought a Model B single Harley-Davidson and, after teaching herself how to ride, she made her first ‘big trip’, riding over 300 miles. The local Harley dealer caught news of her journey and, in fascination of her adventure, arranged for it to be featured in the Atlanta Journal.

Her 300 mile ride must have given her the adventure bug because in 1929 she traded in her single for a 45 Twin D (Harley-Davidson’s first 740cc motorcycle) and went off on a 5,000 mile journey around the US. On her 78 day ride she met up with Harley dealers around the country who provided her with accommodation, fuel and food, and, as she passed through Washington D.C, she even met President Herbert Hoover. 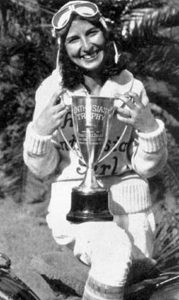 Following her 5,000 mile adventure she became the first motorcycle cover girl on the May and November 1929 editions of The Harley-Davidson Enthusiast, a magazine that’s still in publication today, and went on to become a stunt rider in Florida.

In 2001, 72 years after her inspiring ride, the road finally ran out for Vivian as she passed away, her funeral honoured by a procession of Harley-Davidsons.

So this one’s for Vivian, an adventure bike rider who stuck two fingers up to the constraints of society and provided inspiration for motorcyclists, male and female alike, all that time ago. 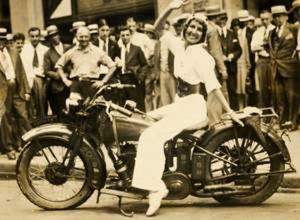