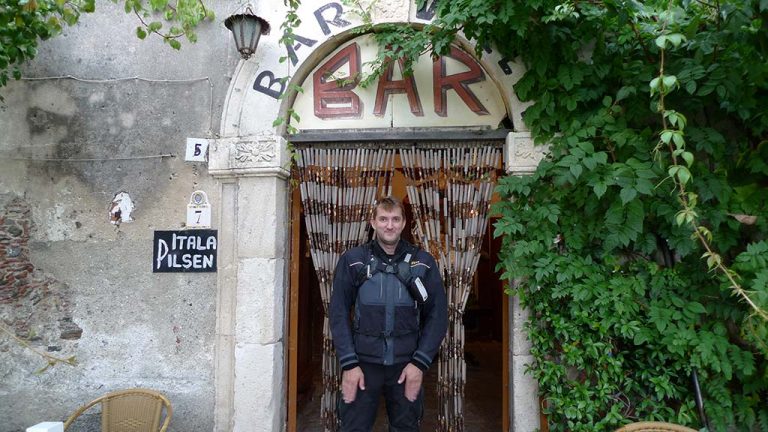 Imagine being given 12 months’ free reign to ride wherever you want. Money and time are no objects, and neither is the boss… Paul Dutton, this is your grown-up Gap Year

There are two parts to my imaginary grownup Gap Year trip – Africa and the Silk Road crossing from China to Europe.

The Africa part of the trip would start with a ride down to Morocco, into Algeria and then down to Reggane, the southernmost town of the Tuat desert region of Central Algeria. From here I’d take the Tanzrouft (also known as the ‘land of thirst’) track which heads south across the Sahara to Mali and the famous historical trading town of Timbuktu – a stop that’s definitely not to be missed!

Heading back into Algeria and over the Hoggar Mountains through the city of Tamanrasset, I’d make the most of the awesome tracks which I’m sure must run across the mountain range. This would bring me into Niger and the Tenere Desert. Crossing Chad, I’d skirt past Lake Chad through the Sudan into Kenya and the famous Masai Mara game reserve. After soaking up the wildlife, I’d then head south to Tanzania with its Ngorongoro Conservation area and see the world’s largest unbroken, unflooded volcanic caldera.

I’d then ride on to Zambia and Zimbabwe where the Zambezi River plunges into the gorge below Victoria Falls. The next stop would be Botswana and the edge of the Okavango delta (or swamp). The last leg of the journey would be down into South Africa and through the Kruger National park, before heading down the coast and taking in some of the ‘Garden Route’.

The second half of my Gap Year would be spent exploring China’s Silk Road, which isn’t really a road at all but a collection of related trade routes. The journey could start anywhere in Europe or China; the two ‘ends’ of the the historic Silk Route are Xian and Istanbul. I’d choose to ride out from Hong Kong under the ever-expanding skyline. I’d head for the Hunan province and interior countryside of the primeval forests, mountains and hills – the perfect starting point from which to take in China and all its splendour.

I’d travel north to Xian, the eastern terminus of the Silk Road, where traders from far and wide brought goods for sale and returned to their native lands with merchandise and inspiration. You can’t visit Xian without taking a look at the famed Terracotta Warriors, so after a visit to the Qin Shi Huang Mausoleum, I’d then head west along the Silk Road to another major trade destination – Lanzhou, located on the shores of the Yellow River. Riding northwards, I’d head along the Hexi corridor to Dunhuang. This part of the route can often be closed because of washouts in river canyons or landslides and I’d relish the challenge of tackling it! 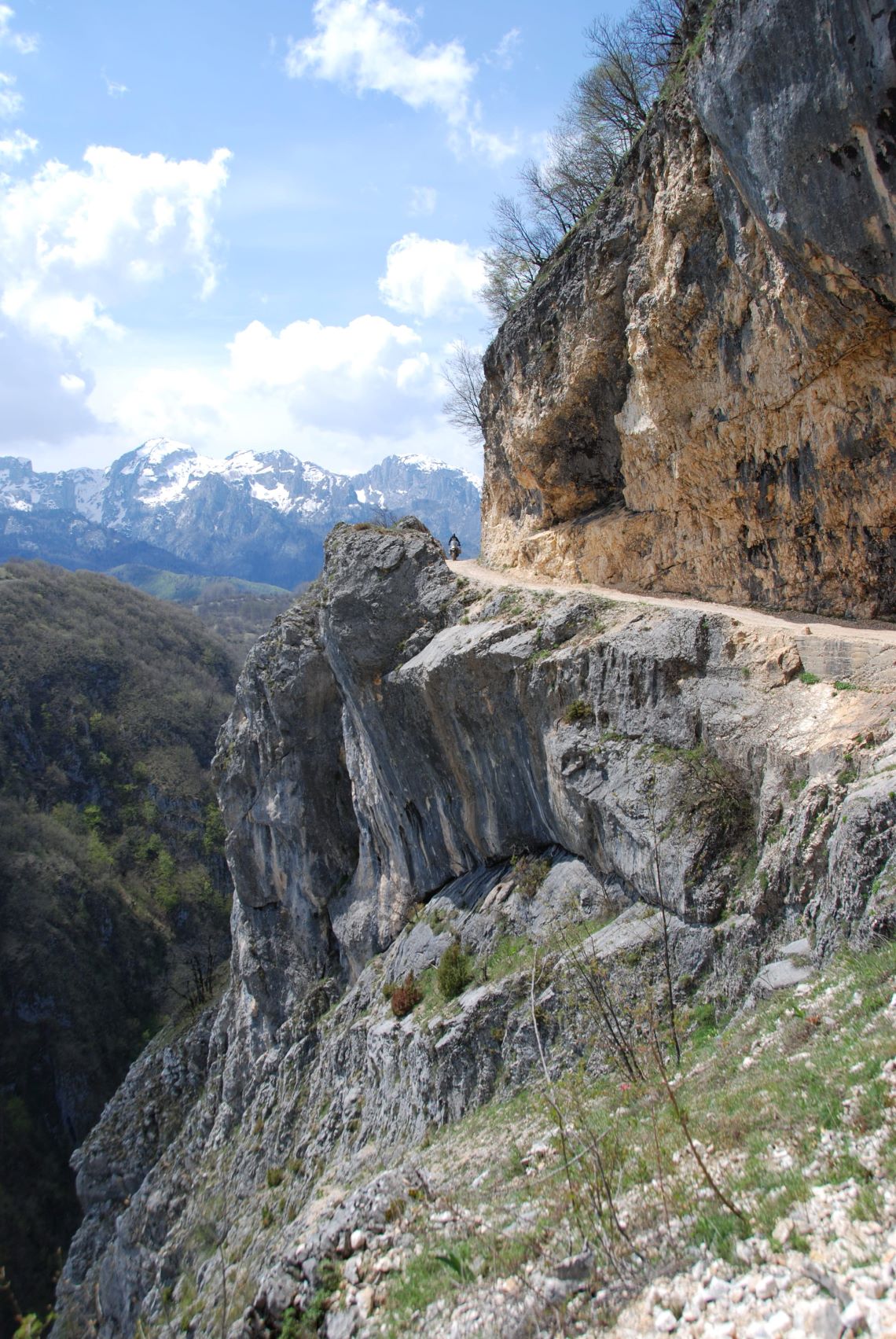 The road then splits to go around the Taklimakan Desert. I’d take the middle route and head for Cherchen, an oasis town along the south-eastern rim of the Taklamakon. Sandstorms, or as locals call them, ‘the breath of the yellow dragon’ are likely to be a problem here, especially in spring. I’ll be investing in some good goggles. Then I’d push on through Korla, another ancient city on the Silk Road, and Kashager in the extreme west of China, which is still an important trade centre today.

Kashager is on a junction of the Silk Road. I would take the main route heading north-west into Central Asia (home of the Stans) over the pass to Kyrgystan and on towards Tashkent, capital of Uzbekestan. I’d then travel to Samarkand which literally means ‘stone fort’ or ‘rock town’. Samarkand is in the valley of the river Zarafshan and had a central position on the Silk Road. The architecture there is incredible with mixed influences from Iranian, Indian, Mongolian and a bit of the Western and Eastern cultures.

I’d then ride on into Bokhara and southwest through Turkmenistan which has a coast on the Caspian Sea; the other 80% of the country is considered part of the Karakum Desert. I’d then travel through Iran (formerly Persia), west to Baghdad. After Iraq I’d head for Damascus, capital of Syria, claimed to be the oldest continuously inhabited city in the world, before riding to Istanbul to soak up the delights of Turkey. 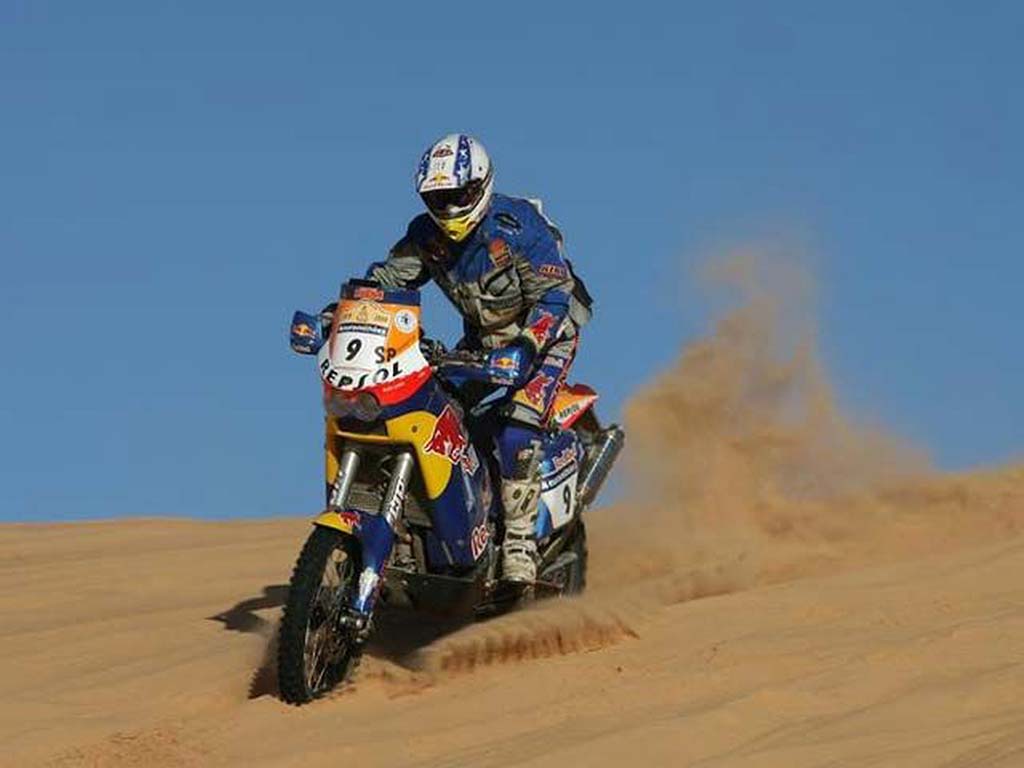 I’ve planned this route because I get as much, if not more, pleasure from riding to places as actually visiting the must-see tourist destinations; I really enjoy the satisfaction of completing a challenging ride. I’ve had a taste of riding in North Africa and would love to see the many varied places on this vast continent. As a child, I always thought Timbuktu was a mythical place and since I found out it actually existed I’ve had a hankering to go there. The big game reserves would be amazing, if not a little daunting, which would add to the thrill.

China ticks a lot of the boxes when it comes to adventure riding with all its history, culture and diverse terrain. I’d love to visit the Great Wall of China and see the Terracotta Army; I’m sure you wouldn’t have to venture too far from the tourist track before finding other wondrous sights which are perhaps a little quieter.

I’d like to do the trip with my wife Nicky. She has three bikes currently and would ride herself, not travel as pillion. We’ve made a few trips together already and Nicky has the right spirit of adventure – to take each day as it comes. Also, if she wasn’t invited I wouldn’t be allowed out to play.

Also in the group would be Bear Grylls – not an obvious choice of companion for a motorcycle adventure (although his bushcraft skill could come in handy) but it’s not his survival programmes that have inspired me to invite him. It’s his attitude when he paraglided around Everest at a height of 8,990m (29,494ft). I was impressed to say the least.

This has to be one of the most discussed topics in the bar over a beer or on adventure biking forums. I tend to look at the bike rather than the badge. There are two at the top of my list for this trip, both rally bikes. The KTM660 is an awesome beast. I doubt that any other single-cylinder engine bike can rival its ability.

I don’t believe in always going for the easiest option, sometimes it’s better to follow your heart rather than your head. So my other bike of choice would be a BMW R900RR rally bike with its twin cylinder boxer engine. The bike was developed by HPN, a specialist company which built the winning BMW bikes back in the 1980s. This is a bit of a Marmite bike – you either love it or you hate it. For me, the R900RR’s always been a dream bike, which is probably why I’ve found myself owning a HP2, as it’s the closest modern alternative without the rally fairing and bodywork.