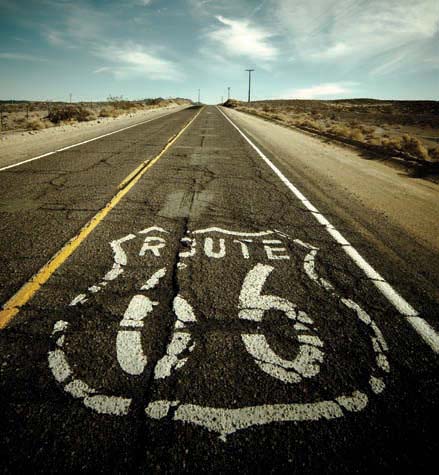 Imagine being given 12 months’ free reign to ride wherever you want. Money and time are no objects, and neither is the boss. Daniel Storey, this is your…

If I was given a year o­ work to go riding, I’d head straight for one country: America. Ever since my first taster session at my local bike training school it’s been my dream to ride through North America, taking in Route 66 and being part of a country where biking is embraced and flourishes.

I’d start my trip at San Francisco’s Golden Gate Bridge before heading south along the coastal road towards Los Angeles. I’d pass by the glitz and glamour of LA and head east towards Phoenix. From here, I’d ride to the Grand Canyon, stopping en route in Flagsta­ . After a helicopter flight around the canyon, I’d get back on solid ground and head north to the infamous ‘Sin City’.

I’d blow some dollars on Vegas’ tables and slots, then head north through the Rocky Mountains towards Salt Lake City. I’d go east to Denver next and then south to Oklahoma City, picking up Route 66 in Amarillo. I’d take in as much of Middle America as I could along Route 66, stopping in Spring‑ eld, St Louis, and Chicago. From Chicago, I’d head a few miles north to the city of Rochester, to see how it compares with the Rochester where I live in the UK.

My next destination would be De Moines, the birthplace of popular travel writer Bill Bryson, before heading east to Indianapolis for some Indy Car racing, arriving just in time for the MotoGP at the American

Once I’d had my fill of two-and four wheel racing I’d head back south through the states of Kentucky, Tennessee, and Mississippi. Along the way I’d take in a boat trip up the mighty Mississippi River, sample the culture of Memphis, and see what the likes of Louisville and Nashville had to o­ er to a biker on his dream trip. Continuing further into the Deep South, I’d ride through Birmingham, Alabama, Columbus, Jacksonville, Daytona Beach and Miami.

Refreshed from my stay in Florida, I’d head back north for the final part of my ride, up the east coast of America, taking in the Carolinas, Washington DC and Philadelphia. I’d visit the White House and the Vietnam Wall and pay my respects to the many young Americans who died in the rice paddies and ‑ elds of Vietnam. I’d  finish my dream ride by crossing the Hudson River into New York City, giving the Statue of Liberty a wave as I rode by.

My Yamaha FZS 600 would more than do the job and still leave me with a big grin on my face. If I was given the opportunity, though, I’d love to complete the trip on a Yamaha XT 1200 Z Super Tenere, as it’s a dedicated long-distance tourer, has o­ -road ability, and if it can take Nick Sanders 51,000 miles up and down the Americas, it will do for little old me.

As I’m currently a single lad and my dream destination is America, I’d enjoy the company of either Kim Kasswell or Audrey Bingham from the American hit TV sitcoms Drop Dead Diva and Rules of Engagement

respectively. If neither of those ‑ ne women was free, I’d settle for riding alongside my all-time biking hero, Henry Cole.

Riding a motorbike is about the here and now; it’s about being part of the landscape you’re riding through, taking in the sights, sounds, and smells. For me, it’s the ultimate means of adventure travel. I picked North

America as my destination because the roads are wide and long, the skies are big and often blue, and its people and places have a history and culture that inspire me. So then, boss, can I have a year off? ­ 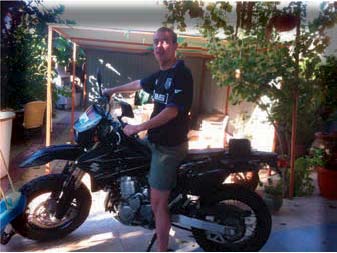