Win a Set of Michelin Tyres 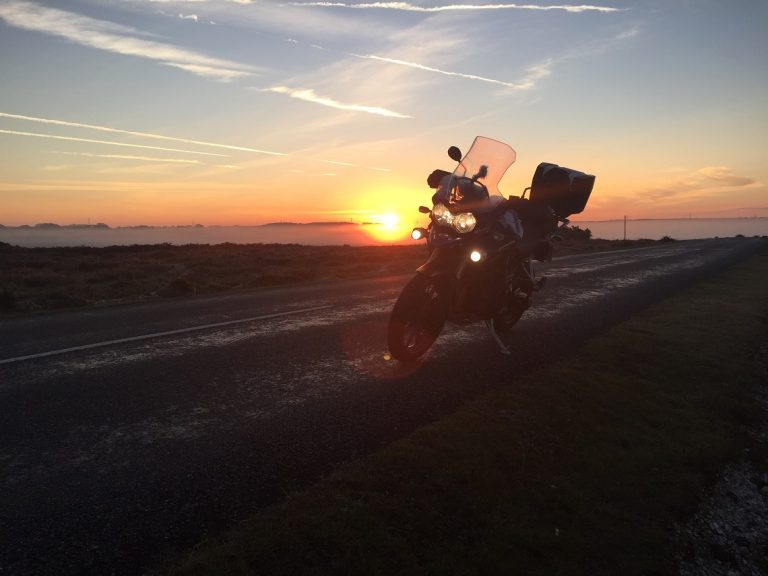 ABR has teamed up with Michelin to offer you the chance to win a set of Michelin tyres of your choice! All you had to do was get in touch and tell us about your adventures, here’s some of our favourite letters…

In the footsteps of Easy Company (Star letter)

I am planning a trip based on the campaign fought by the Band of Brothers during WW2, following Easy Company’s route through Europe.

Starting in Normandy I will be travelling through the villages and towns that saw Easy Company’s first fight with Germans. Then through France into Holland, where they took the bridge in operation Market Garden and also rescued many thousands of British Paratroopers.

From Holland into Belgium, Ardennes region where the men held Bastogne against heavy opposition during the Battle of the Bulge. Visiting the many museums of the area and taking in the scenery.

After Belgium I’ll head down into France and the Alsace region on the German Border. From Alsace, I’ll head into Austria and the area near Hitler’s Eagles Nest in the mountains, which Easy Company captured. Finally into Germany and the Bavarian region where Easy Company ended their war.

I am looking for others to come along on the ride for company and share interests. Taking my KTM 990SM and planning to camp where I can and then motels when required.

ABR: Sounds like it’ll be an awesome trip Jeremy and ever since watching Band of Brothers a few years ago I’ve wanted to follow in Easy Company’s footsteps as well… Perhaps I’ll join you! Anyway, a pair of new Michelin tyres will come in handy for the ride! Congratulations.

Europe with the Mrs.

Having read the mag since its first issue, thought it was time to drop you a line. Since you started I’ve been through a few bikes, a BMW GSA, a K75, Ducati Multistrada, Moto Guzzi Breva 1100 and my latest adventure bike a BMW K1600.

Okay I can’t take it off-road or on gravel trails, but then I never took the GSA off-road, I don’t have the required skill set to do so anyway.

I have taken bikes all over Europe including Holland, Germany, Spain, Austria, Italy, Slovakia, Hungary, Poland, Slovenia, and Switzerland.

This year’s three week trip with Mrs. H on her 1200GS will see us taking the ferry to Rotterdam and riding into Belgium and France for the first stop. Germany for the B500 and onto Grindelwald, Switzerland, then onto Garmish and into the Czech Republic, onto Slovakia and into Poland back via Germany.

We usually plan it but this year, other than booking a couple of nights, we’re going to try the suck it and see approach. Whilst not the greatest ever motorcycle trip it’s what we work for! All the best.

My adventure for 2016 is to fly my Triumph Tiger Explorer over from the UK to the US and over a twelve-week period, I’ll be riding through all 49 mainland States. I’ve already taken the bike to Poland and Hungary, as well as the Arctic Circle, so a jaunt round the US of A will be a piece of cake, and I’ll be having a few of those along the way too!

Your website said easiest ever subscription, try it, I did and you were right, saves me going into town to buy the magazine now.

I thought I’d send you a local picture of my bike, a Triumph Tiger Explorer, on the way home at sunrise a couple of days ago. About 5.54 am after a night shift, coming across the New Forest, temperatures had dropped to just 5C. The sun was just coming up over the mist.

We’d love to hear what our readers are up to, where you’re going, where you’ve been and what you’re planning so get in touch and send your letters to [email protected].

If your message is chosen as ‘Star Letter’ in the next issue then you’ll win a year’s subscription to Adventure Bike Rider magazine!