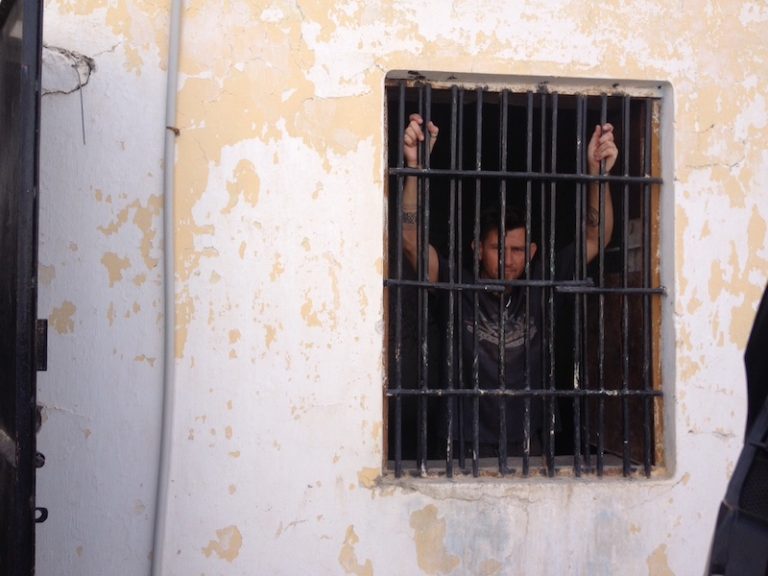 After living his dream and travelling around the world on two wheels for 18 months, Dan Skeates inevitably had to return home. Here he reveals what it’s like when your dream ends and you find yourself back in the ‘real’ world dealing with post-trip blues…

I had ridden into Iraq, up the Karakoram Highway through Pakistan to the Chinese border, over the Himalayas on the highest navigable road in the world and from coast to coast in Australia. I travelled through 37 countries and covered over 32,000 miles and then, before I realised what was happening, it was a cold and wet Tuesday morning at home and I had to put the wheelie bin out before 7am. 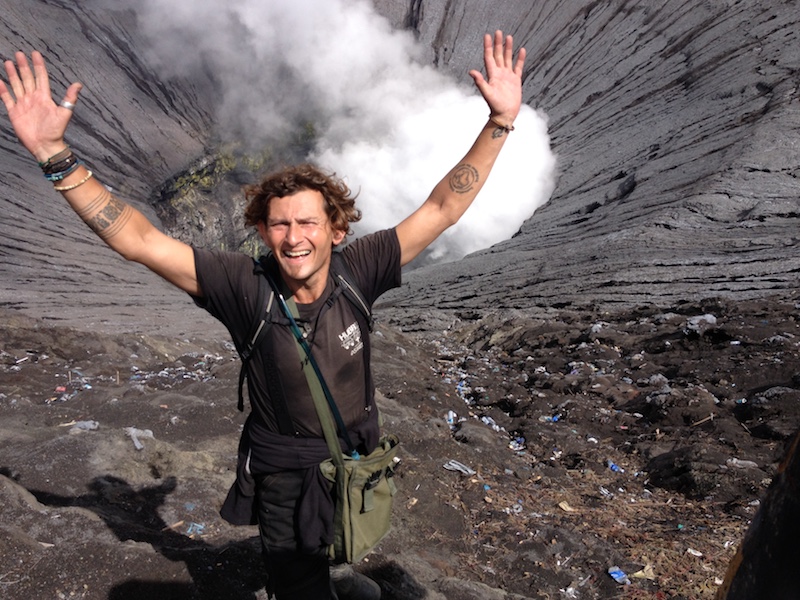 For just under 18 months I really was ‘living the dream’ and whilst I kept in touch with friends and family using social media and spoke with my grown-up kids throughout my journey, I was planning day by day, hour by hour, meeting people along the way and living in a bubble of wonder and amazement. The world is beautiful and the friendliness of the people wherever I went filled me with joy. On rare occasions, I had thoughts about returning home but they were too scary and frightening to ponder so I pushed them away, turned another corner and marvelled again at our wonderful world.

I had so many amazing experiences. I’ll never forget the day I crossed from Iran to Pakistan with two other bikers, a German and Canadian. We spent over eight hours travelling just 30 miles having to stop many times at military checkpoints. It was late afternoon when we passed through the rusty gates and into Pakistan.

We had arrived in the town of Taftan and after we had completed the paperwork we were escorted to Taftan Jail. The steel gates with barbed wire on top were locked and armed guards protected us and ensured the prisoners stayed in their cells. Taftan is no place for adventure bikers, with bombings and kidnapping a reality. I felt safe and secure in jail that night. 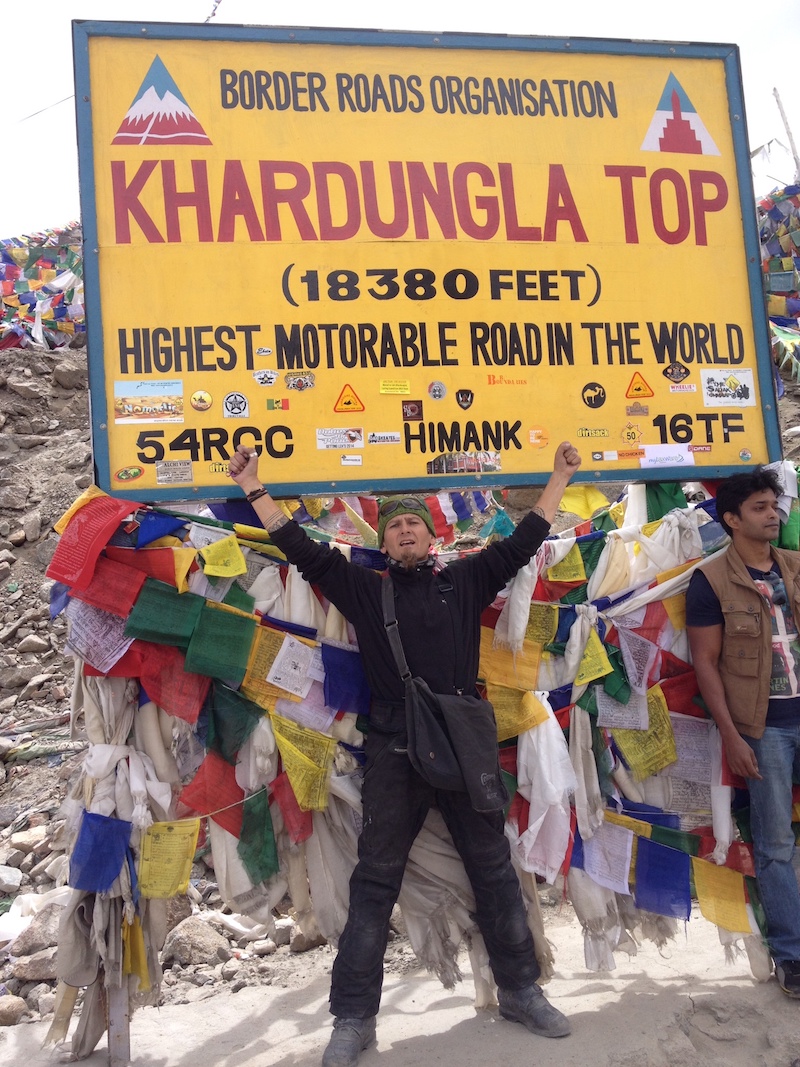 I’m a planner, I listen to my feelings and thoughts and act upon them, it’s in my nature. I chose not to start putting my life back together until I arrived back home. What I did do was decide, rather than flying myself and bike straight back from Sydney to London, I would fly to Moscow and slowly ease myself home. 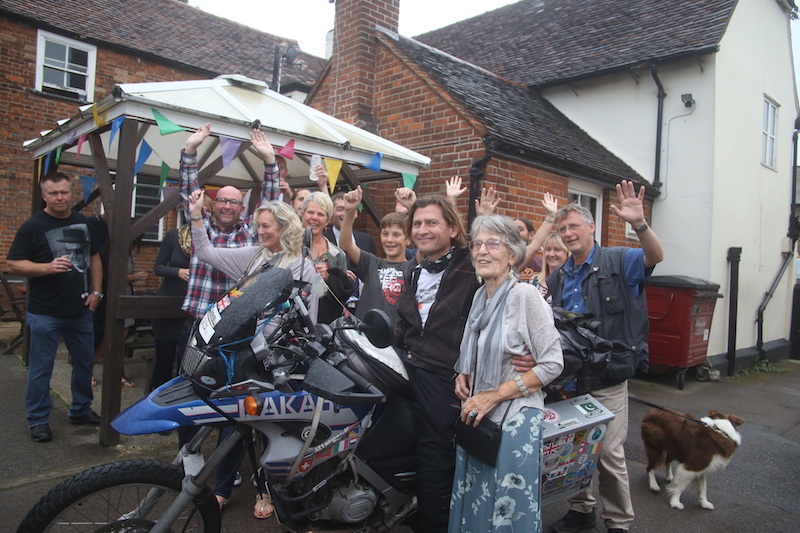 Life wasn’t bad, I’m a positive person and plan my life so I kept myself busy looking forward and not dwelling upon the past. There were so many things to consider. Where would I live? What about a job? But Tuesday morning arrived, it was raining and my mum asked me to make sure the wheelie bin was outside before 7 am.

Don’t underestimate the comedown. Giving your life up and riding a motorbike around the world is easy, rebuilding it isn’t. The fact is that the dream is over, the mortgage needs paying and the wheelie bin does need to be outside by 7 am. 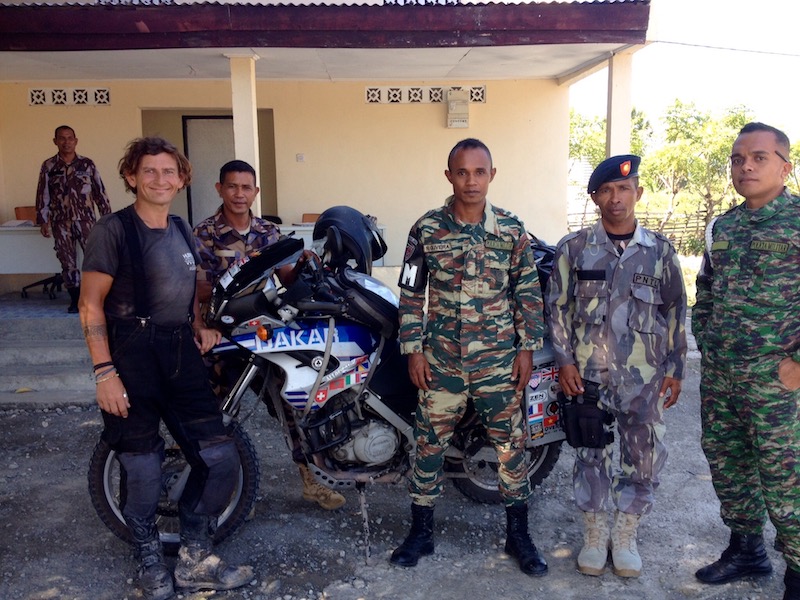 On 17th August 2015, 10 days before I got I home I blogged “Travelling across borders and going into the unknown is familiar and comfortable, I love the unknown. I’m going home now and it’s scary and uncomfortable…”

I had enough ‘get up and go’ to follow my dream before, so ‘get focused’ and start ‘living a new dream,’ I told myself. I kept meeting friends who made me smile and reflect on parts of my adventure as they asked many questions, but they always left and I had to deal with the mundane. Arranging insurance for my bike was easy but then I had to confirm my address. The woman on the phone said I needed to show evidence of my address, I told her that at the age of 49 I was living back with my mum, she repeated herself, “a utility bill, photo driving license….”, the change of address on the driving license was easy but the utility bill wasn’t!

I found a flat to rent and they asked where I was working and could they have references from a previous landlord. Of course, I resolved everything but this is the typical minutiae of what I had to overcome for the following weeks. 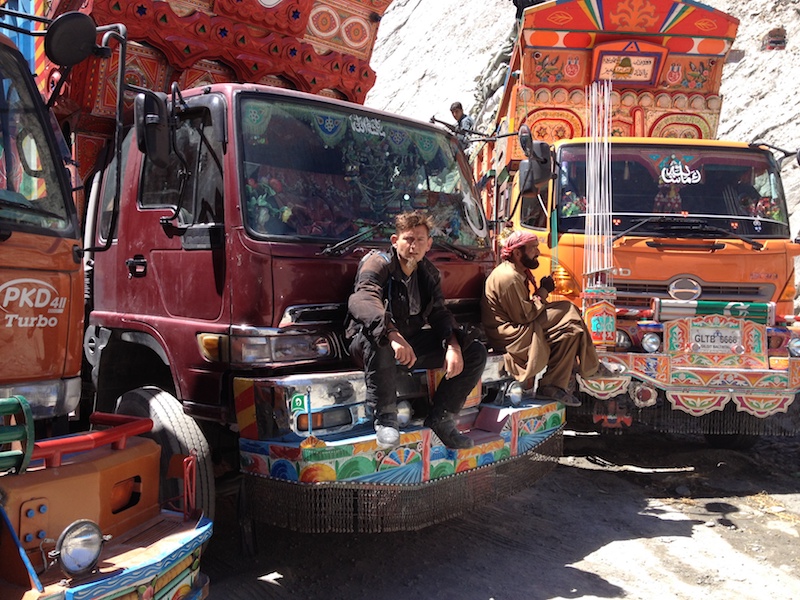 I moved into a flat a few days ago, slowly, slowly, small steps. I’ve arranged to visit a friend in Iceland in a month and am planning my 50th birthday for two months’ time. I have a lot of friends, I’m very lucky, if only there were enough days in the week to spend time with them all. 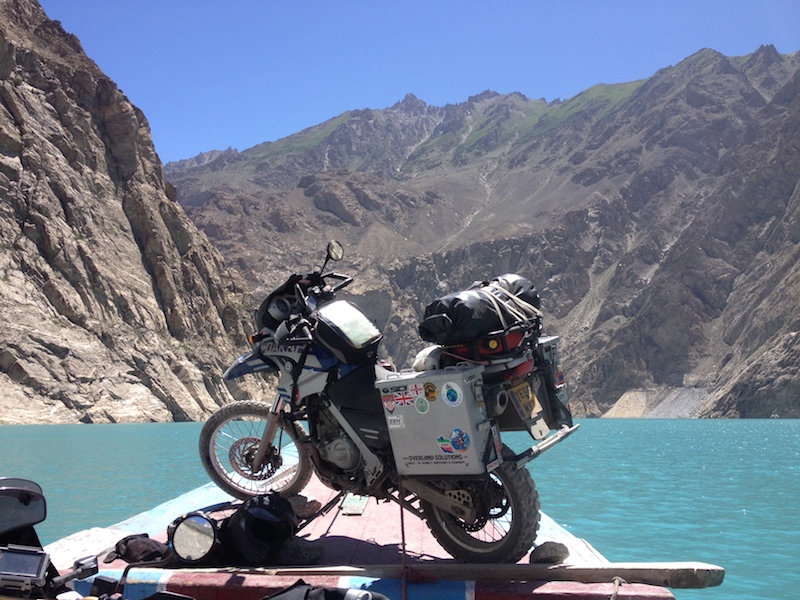 The media contacted me asking for radio interviews and magazine articles, which I really enjoy.

Keeping busy is the answer but there are times when I wonder what to do at that moment. I would have wandered around wherever I was staying, trying local food and talking to people. I really don’t want to turn the TV on having not watched it for the last 18 months. So, I’m left alone with my thoughts and at times I wonder what I’m doing back home.

I have no doubt I want to be with my family but that doesn’t fill all day every day. My thoughts drift back to my motorbike, the people I met, the amazing places I’ve seen, riding across deserts, over mountains and through jungles. I want to go again. I don’t want to put the wheelie bin out.