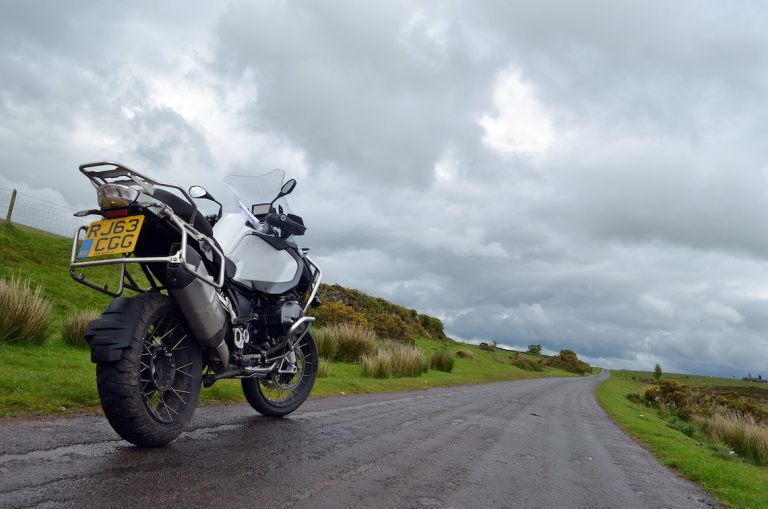 Still putting the big BMW through its paces

Given that we’ve been riding the V-Strom 1000 so much the GSA has been left idle more than it should have been. That’s a shame, because when you do get back on the GSA you’re immediately reminded of just what a great piece of engineering and design it is; from the riding position to the intuitive suspension controls and integrated sat-nav. The engine too is immediately impressive and the handling belies the sheer size of the thing; I’m sure the bike shrinks every time you ride it.

Where we did ride it too was Wales for the launch of the new Continental TKC70s, where, on the back lanes to the venue up at Lake Vyrnwy, the bike really came into its own. Lumpy tarmac, unsighted corners, short straights to power down, and without any metal panniers (just a dry bag strapped to the back), the GSA simply shone.

What we still don’t like so much on the bike is the wobbly screen, the hard to read instrument cluster (easier to take speed readings from the sat-nav), and what we’ve concluded to be tyre roar at motorway speeds, though that will hopefully be verified at a later date with a change of rubber (perhaps to the TKC70s).

Stepping off our bike and onto the handful of GSAs Continental had lined up for us revealed two things; that the bike in the midnight blue colour looks the best out of all of them, and that the aftermarket Akrapovic silencer sounds tremendous (a real rasping farty noise), but to some ears would grow tiring after a while. It didn’t seem to give the bike that much extra shove either.

On the TKC70s I did find there was more grip in the wet than with the Michelin Anakee IIIs we have fitted to our bike, though without a direct back-to-back comparison it’s hard to say for definite. The TKC70s also suited the bike off-road, as you can see in the lead photo to the helmet test, with one of the American journalists really shifting the bike along on the fire trails.

The tyre test in Wales also gave us good opportunity to ride the GSA alongside the regular GS (as they had some fitted with TKC70s as well); a bike we’ve suggested in previous issues is the better ‘adventure’ bike of the two; simply because it’s slimmer and more manageable, especially off-road.

This point was reaffirmed in Wales, as the second you step off the GSA and on to the GS you are hit by the nimbleness and lightness of the thing. You’re also hit by just how good the basic bike is.

Some subscribers to the forum might enjoy a bit of BMW bashing, but riding the standard GS here, against pretty much all the competitors, you can see why it has become an obvious choice for so many consumers and a sector almost within its own right. The GS is simply a better ‘step on and ride’ package; from the engine to the handling, to the feel and look of the bike. 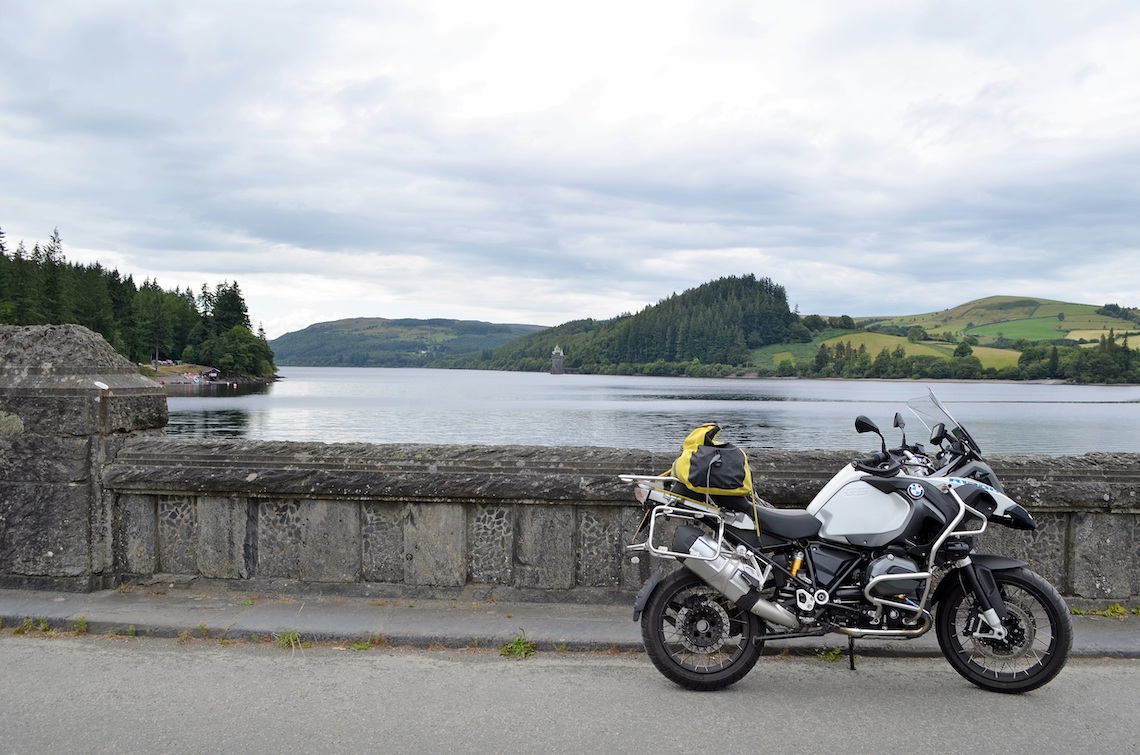 Off-road it’s also so much more sweetly balanced than the others (for the novice at least). Part of the off-road course involved a technical section around a very tight set of cones. Such is the GS’s low centre of gravity, precise power delivery and clutch operation that it was the only bike that managed to get round cleanly. By comparison, the V-Strom – as much as we love it – was a bit of a dog, with far less crawling pace finesse than the BMW. The KTM was too top-heavy, and the Ténéré didn’t even get close.

one is difficult. The purist in me would go for the standard model (a red one) every time, perhaps adding spoked wheels to make it just right. I know it would offer more thrills for less money than the GSA and I would be happy with my choice. But then I would see an Adventure on the road and I know I would immediately regret not having the tank range, nor the extra front end presence and clout of the more costly bike.

Daft as it sounds, but the GSA does make you feel tough; it does make you feel more manly. Psychologically the bike is better for the ego than the GS, which is a rather shallow thing to say, but the crux of it is that many of us are quite shallow, with there no better way of telling the world you’re doing well in life than turning up on a GSA. Even my 92-year old grandmother noticed I’d turned up on such an ‘impressive’ machine the last time I went to see her on it. So probably, given the choice, I’d buy a GSA as well.

BMW has also done the decent thing and made the bike more accessible for those shorter in the leg, with next year’s model available with a lowering kit, and the slimmer seat from the standard GS. The result is a potential seat height of just 840mm (down from a current low of 890mm) far widening the appeal of the bike and giving some hope to those who can’t quite reach the floor. This is a step in the right direction. A new HP2 would be the next one.