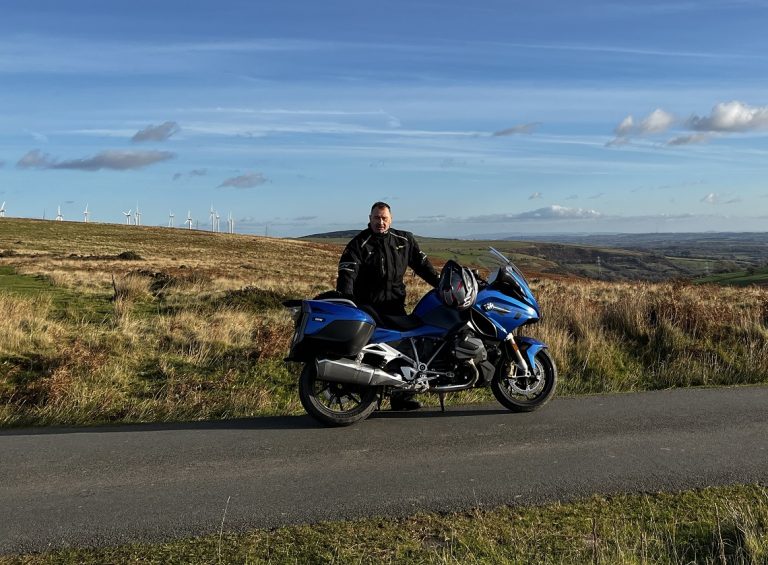 Cold rider? Not when you’re on a BMW RT says Alun Davies

In the winter of 2010/11, temperatures dropped severely and were the coldest since the Met Office bought their first pencil and paper and made note of what the conditions were like outside. With that in mind, I thought I’d go for a ride somewhere warmer and promptly set off on a 1,800 mile ride across Europe.

I thought it a good year to check out the Elephant Rally which takes place every January in South East Germany, near the border with the Czech Republic. The Elephant Rally is a winter bike meet where 5,000 frozen souls have a fantastic long weekend each winter.

As luck would have it, the temperature on the ride over was only minus 11C, which meant that, other than losing a few toes and fingers to frost bite, I was safe and having a great time in the saddle.

I joke, of course, but only just. I had heated grips installed on my bike which meant toasty hands, but with a history of having extremely cold feet, I was able to resuscitate my toes only by stopping in every other service station for some serious foot rubbing and sock changes.

Unbeknown to me, I suffered from peripheral arterial disease. It’s a condition which restricts blood flow in the lower legs and causes freezing feet and toes in cold conditions. I was also heavily involved in high altitude mountaineering at the time. Painfully cold feet were a regular occurrence and something I just thought was part of the playful suffering involved in winter pursuits.

As was the agonising pins and needles when my blood eventually returned to the extremities and fired up the nerve endings. I should have taken more notice as it later turned into acute peripheral arterial disease, and I was within a whisker of losing my leg when the pulse in my lower limb ceased due to a complete blockage.

Anyway, I was thinking of that ride across Europe as we rode back from Wales to Stratford-upon-Avon on the evening of the coldest day of the year so far.

By 6 pm the temperature was already below zero. My five companions were in various stages of discomfort and yet there I was, Mr Cold Foot, sitting at 70mph on the BMW RT in complete comfort.

The protection offered by the bike’s electronically adjustable screen was first class throughout, with not a hint of wind blast whatsoever when I opened it to its full extent. The variable heated grips meant my hands felt like they were in Hawaii and I could have warmed up a frozen curry on the heated seat.

However, my mind and concern were focused on what was happening lower down and I have to say that the level of wind deflection from the horizontal boxer engine helped keep my vulnerable left foot comfortable enough. I was mightily relieved and even more in awe of the RT.