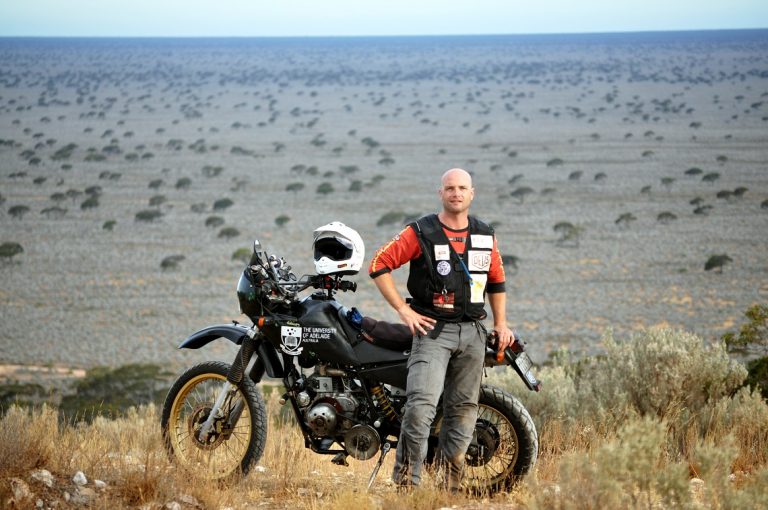 Broken bones in a lifetime

Rather unsurprisingly this Guinness World Record is held by US motorbike stuntman, Evel Knievel, who managed to smash an incredible 35 of the 206 bones in his body before his retirement in 1975, totalling a record-breaking 433 fractures, which saw him rack up 36 months’ hospital time, recovering from his various injuries. During his career, Knievel attempted over 75 ramp-to-ramp motorcycle jumps including a failed attempt to clear Snake River Canyon, Idaho, in a steam-powered rocket in 1974. Knievel died, somewhat ironically, of pulmonary disease in Clearwater, Florida, aged 69. He was inducted into the Motorcycle Hall of Fame in 1999. 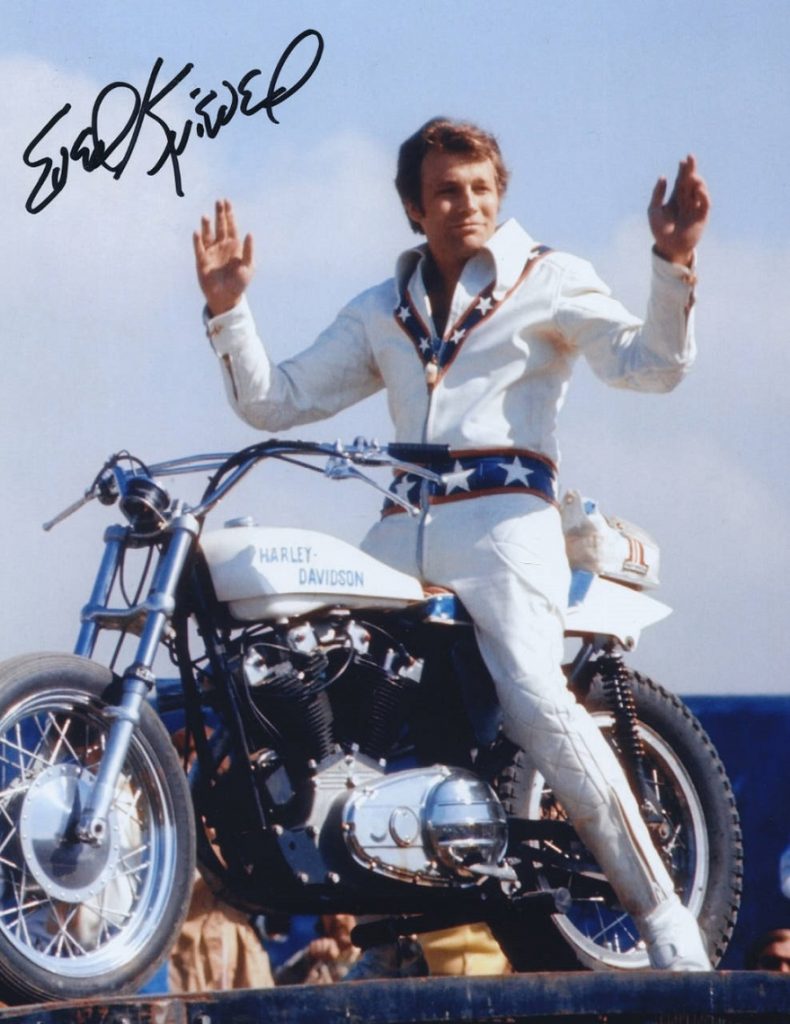 Cooking oil has many uses, but weirdly enough, they all tend to centre around food… at least that’s what we though. Enter Aussie ABR Paul Carter, who proved cooking oil is good for more than just a fry-up when he became the first person to travel around Australia on a motorbike fuelled by the stuff. Teaming up with the University of Adelaide to create the chip-fat fulled bike, ex-oil rig worker Carter wanted to prove that alternative energy sources are a real consideration. 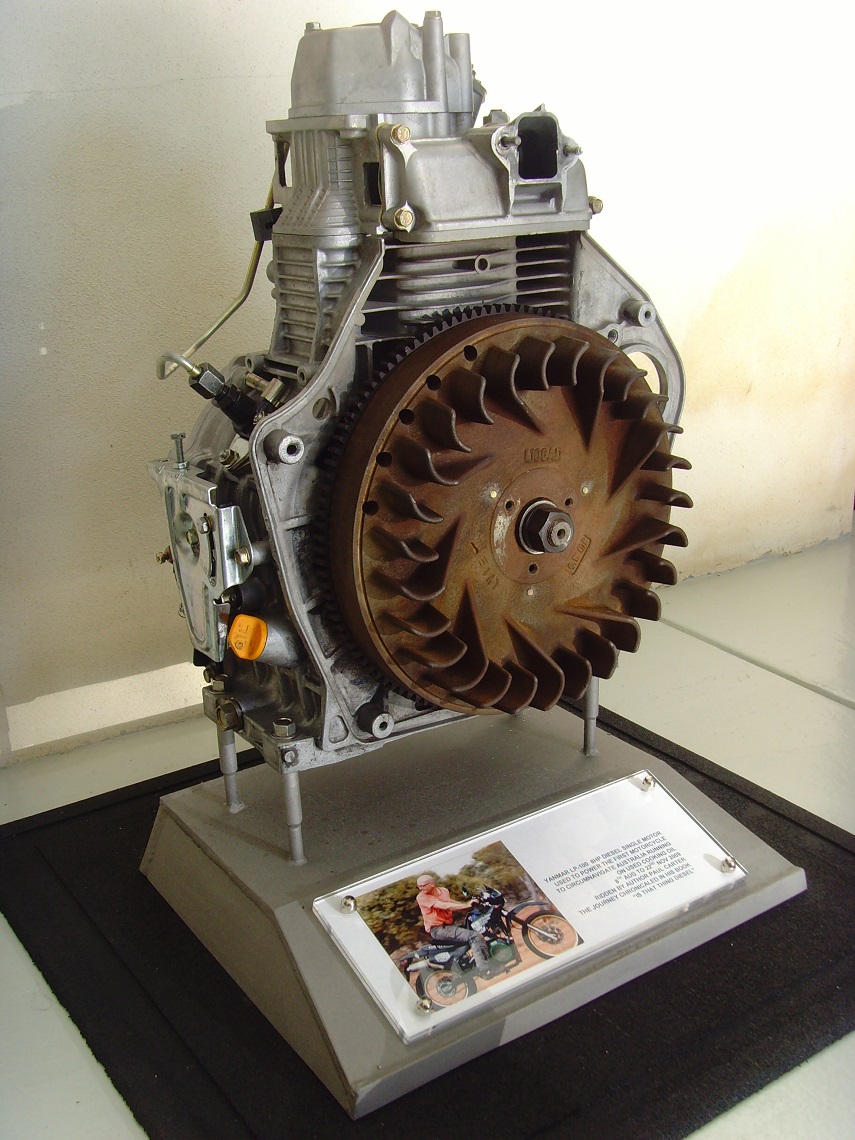 “I was an Earth-raping eco-vandal for over 20 years, working on drilling rigs; I love oil and gas but wanted to make a point about the potential use of used cooking oil into biodiesel,” explains Carter. “It’s not sustainable at the pump, but it could be used to run public transport or road freight in Australia.

If you take all the fast-food restaurants and add up the total volume of used cooking oil that gets dumped into landfill each year, the cost of turning it into fuel is considerably cheaper than conventional diesel production and it produces on average 60 percent less carbon emissions.

We got that bike around 12, 500 miles of Australia on 600 litres of cooking oil.” Now that’s mind-blowing in itself. With a top speed of only 60mph, Carter’s bio-fuel bike was composed of parts from several motorcycles – a 12-year-old Italian Cagiva W16 running an eight horsepower Yanmar LP 400 single diesel irrigation pump motor that was simply welded to the frame – it was, as Carter aptly puts it, a “Frankenstein Bike” that turned out to be very uncomfortable to ride.

“She was a pig, a shuddering painful death-pig,” he reminisces. “She tried to kill me, she tried to shove her left handlebar up my arse, she put me in Longreach hospital for four days with cracked ribs and a damaged rotator cup, she made me beg, but I loved her.” That love and perseverance saw Carter ride her from sun up to sundown to complete the 11week mission, even though he suffered nerve damage from the violent shaking of the bike months after he returned home.

Saving the world on two wheels sounds like a lot of hard work! Read about Paul’s adventure in Is That Bike Diesel, Mate? (Nicholas Brealey Publishing), £9.99 from all good book stores. 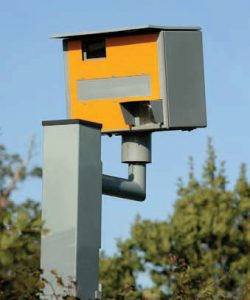 There are currently 2,331-speed cameras in the UK, but did you know that only one in six actually contains filming equipment? The RAC Foundation discovered under the Freedom of Information Act that only 487 cameras in the whole country actually take photographs of speeding motorists. The Big Brother effect seems to be working, though, because whether we like it or not, the gut reaction when we spot a yellow box is to ease off the throttle. Not that we’d ever condone speeding, of course.

I’ll apologise now if this next bit of info bursts anyone’s childhood bubble, but did you know that Henry Winkler aka, Happy Days’ ‘The Fonz’, couldn’t actually ride a motorbike? According to Winkler, his acute dyslexia meant his coordination wasn’t up to scratch. His first ride on the Happy Days motorcycle ended in disaster when he “gunned it” and crashed into the sound van.

“They took the bike out first, because they[’d] rented [it], then asked if I was okay… for the next 10 years they put me on a board on wheels and pulled me so I looked like I was [riding]. I’ve never ridden a motorcycle again in my life,” admitted Winkler in a TV interview. As much as we love Fonzie, he’s definitely lost some of his cool. Aaayy!