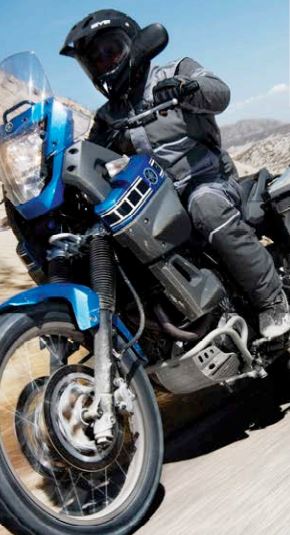 Amount of… petrol you’d need to do an RTW trip

An RTW voyage can cover a variety of distances; Ewan and Charley’s LWR was 18,887 miles and Nick Sanders’ next RTW venture, ‘Parallel World’ will take him 55,000 miles. So if we say LWR at 18,887 miles is a standard around-the-world distance, how much petrol are these guys using? It’s quite hard to find the average miles per gallon of a bike as manufacturers will say one thing, and consumers will say another, so I’ve taken a calculated estimate of the following bikes MPG’s and worked out how much petrol they’d need for a round-the-world journey, and how much it would cost based on current UK petrol prices:

Which certainly puts the price of that bimble to Scotland into perspective, eh?

On June 19, 1997, Benka Polko set out from her home town of Ptuj, Slovenia, to ride around the world. Five years and 111,856 miles later Benka returned, bearing the record for first motorcyclist to reach Antarctica. Not only that, she became the first woman to motorcycle solo across Saudi Arabia, and her 111,856-mile journey earned the record of longest solo motorcycle ride by a female. When Benka set off on her adventure she had no previous experience of riding a motorcycle, and choosing which bike to ride on was a tough task. In the end her weapon of choice was the BMW F650 GS, as she wanted something that was “well balanced and reliable” and would allow her to comfortably reach the floor. These days, Benka reckons she’s “turning into a normal woman” with plans to refurbish a new house. “I’ll probably never completely become one, though,” she admits. “I’m still more interested in furnishing the garage!” 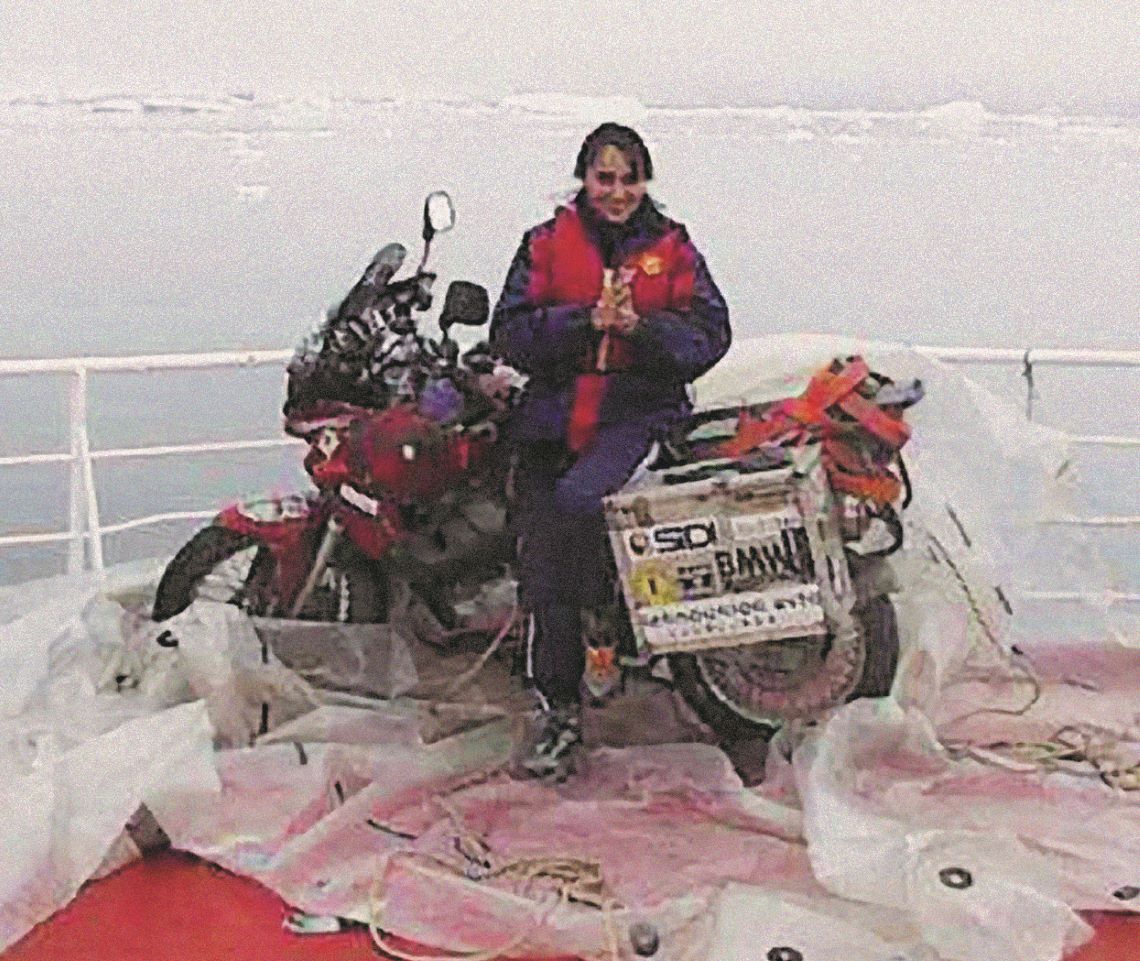 Most expensive… petrol in the world 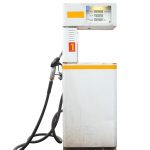 Last issue we discovered that if you want cheap petrol you need to be adventuring in Venezuela, with 0.7p being the average price for a litre of unleaded. At the complete opposite end of the spectrum, which is the country best avoided if you don’t want to pour all your beer money into the petrol tank? According to a report published in mid November 2010 by the German Federal Ministry, the country of Eritrea in Africa is home to the world’s most expensive fuel at roughly £1.58 per litre. “But hang on a minute,’’ you say, “that’s not far off UK prices!” and you’d be right. In fact according to a report published in November 2010, the UK ranks in at number nine in the list of the world’s most expensive countries for petrol, with average prices being £1.19 per litre.

Furthest… you can get from Calais on one visa

These days you need a visa to get into just about every country outside of Europe, which at first glance could really scupper a hassle-free long-distance adventure. Not so, it seems. In actual fact, the furthest you can get from the Dover-to-Calais ferry without buying one is roughly 2,500 miles away at the southern border of the Western Sahara. Not a bad holiday eh?

So, what about if you’re only buying a single visa? How far do you reckon you could you get riding non-stop, without having to fly or transport your bike separately?

The answer is the east coast of Russia, and on that single Russian visa you’re looking at a not-to-be-sniffed-at 6,500 miles as the crow flies. If you’re arse isn’t numb enough by then, you’ve always got the return journey to make it a 13,000-mile round trip on a single visa. That’s only 6,461 miles off Kevin and Julia Sanders’ 19,461-mile round the world record!

Smallest… motorcycle in the world 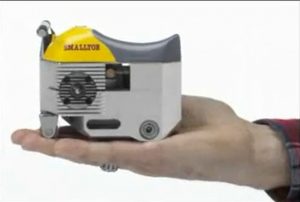 Last issue we featured Dream Big, the biggest bike in the world. At the complete opposite end of the spectrum is Smalltoe, the world’s smallest motorcycle. Built by Swedish inventor Tom Wilberg, the tiny bike measures in at just 6.5cm tall and 11.4cm long; its front wheel is just 1.6cm in diameter and its back wheel is 2.2cm. Smalltoe’s diddy engine puts out about 0.3kw of oomph. For the bike to be officially recognised by Guinness as the smallest motorcycle in the world it had to be capable of carrying a passenger – and believe it or not Smalltoe is. It can do a relatively impressive distance of 10m at a speed of 2km/ hour. Wilberg’s now set his sights on building the world’s biggest bike and hopes to snatch the record from Dream Big’s inventor Gregory Dunham. 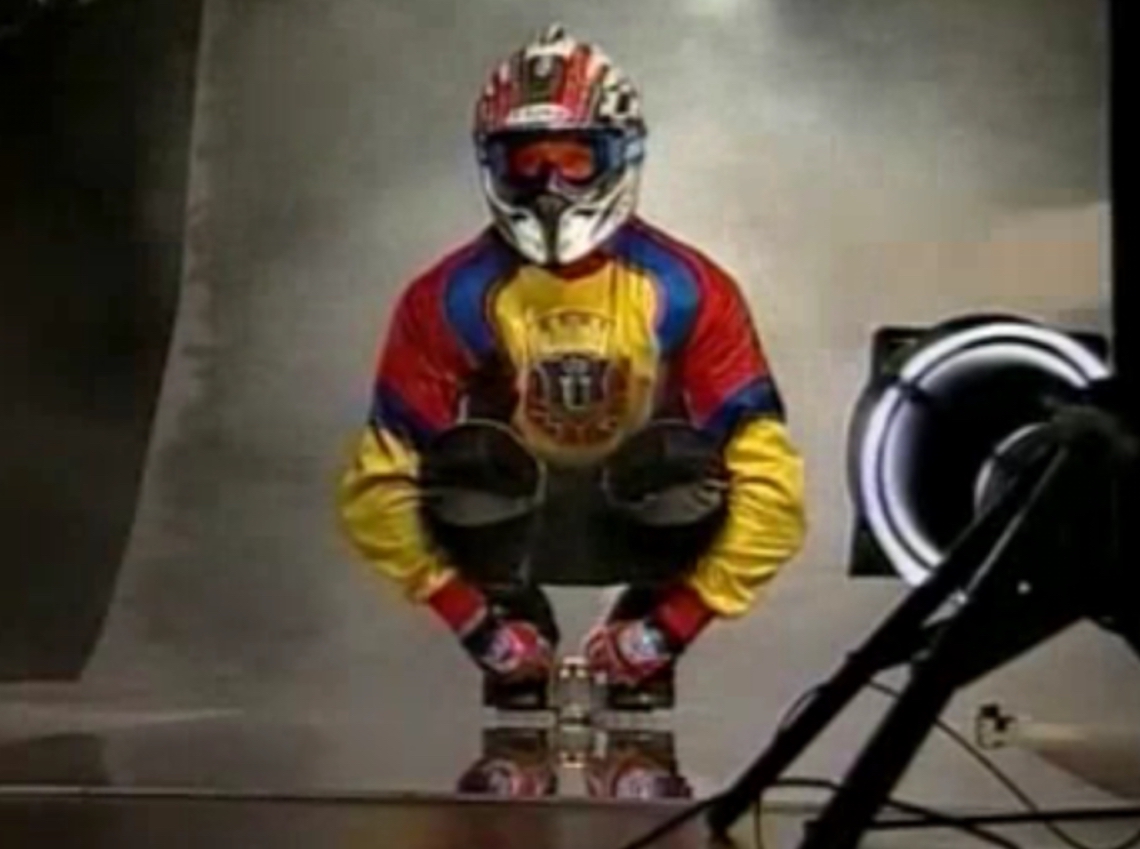