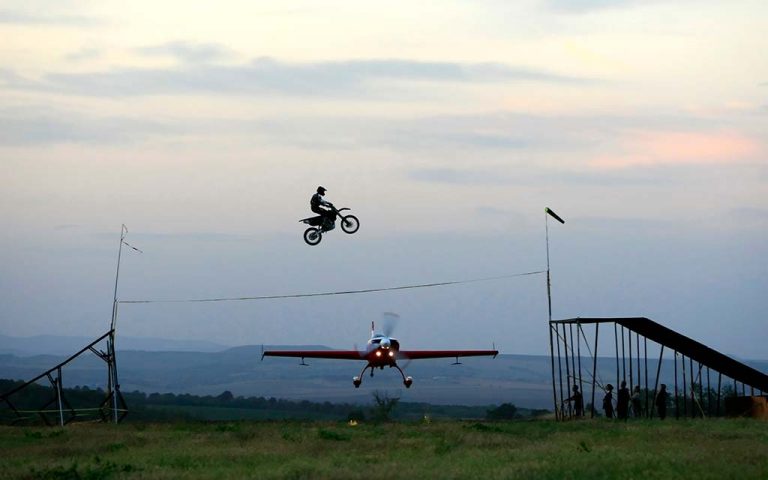 Rose Crompton rounds up biker stats and facts to make your pulse race with fear, excitement or downright bewilderment. Prepare to be enlightened…

The heaviest…
motorbike in the world

Previously we brought you news of the world’s lightest motorbike, the FX Mountain Moto, weighing in at a feather-light 57kg. Now we’ve sought out the beast of all bikes: the Harzer Bike Schmiede, which tips the scales at a Guinness World Record-breaking 4.749 tonnes. To put that into perspective, it’s the equivalent weight of around 19 BMW R 1200 GS Adventures – we don’t even want to contemplate the upshot of dropping it!

Built over the course of a year by Tilo and Wilfried Niebel of Zilly, Germany, the pair used a 1.8-tonne engine and all of the body armour from a Russian tank to construct the monster moto, which is half the weight of an African bull elephant. Now that’s some heavy metal, man! 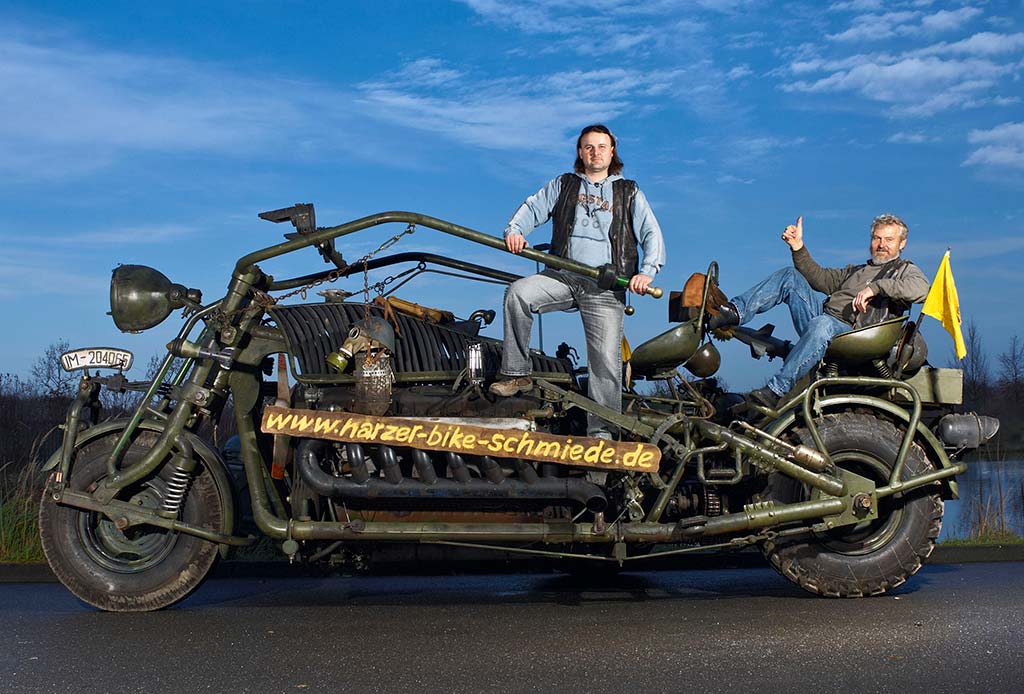 The number of…
potholes on UK roads

There’s nothing like a sunny Sunday rideout down deserted country roads, but your chances of ­ finding a nice smooth one in the UK are slim. A report from the Department for Transport released in April 2012 revealed that a whopping 1.7 million potholes had to be ­ filled last year at a cost of £80.6 million, although

the exact ­ gure is unknown. We can only imagine the bill if they had managed to get them all. The Pothole Review also drew on results from a 2011 motorist survey by the RAC. As a bugbear to motorists, and motorcyclists in particular, 98 percent of respondents complained that the quality of local roads was deteriorating. Clearly the DfT still has a ‘hole’ lot of work to do.

The aptly-named Protector chain is the only security chain in the UK to be police approved.

These 19mm-thick chains weigh a hefty 6.3kg per metre and are so hardcore that even the MoD uses them. Although designer Steve Briggs, engineering director and owner of Pragmasis (www.torc-anchors.com), was never told exactly what the MoD would use their cache of Protectors for, we like the idea that its tanks are all chained together at night in a big bike shed. 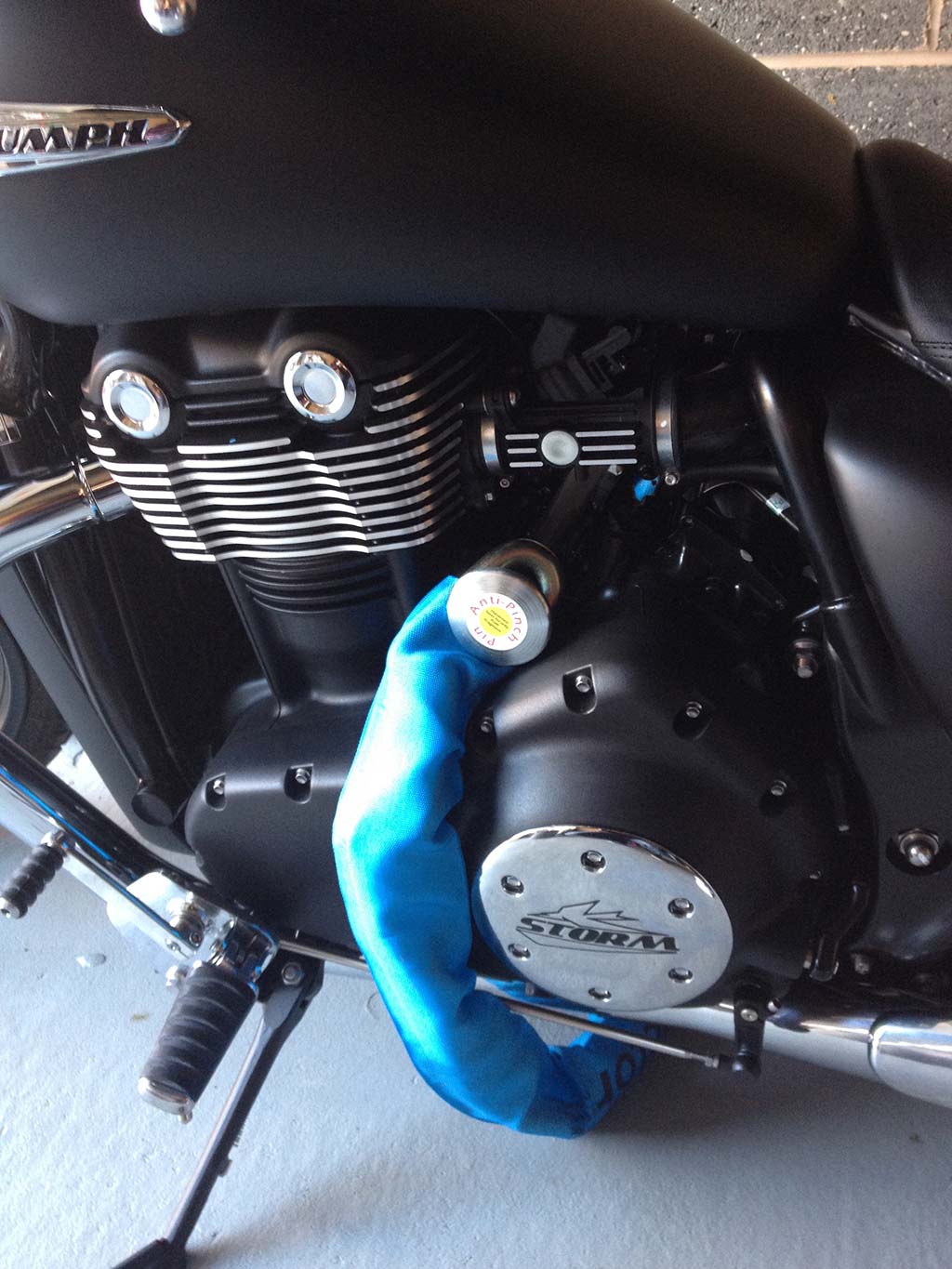 For ABRs, Briggs recommends either the 19mm or the 16mm chain to secure their ride. “We always point out that usability is as important as absolute security level, so the majority of bikes are best handled with a 16mm chain, as we can guarantee that it’s impossible to bolt-crop one by hand, even with the huge 42-inch bolt-croppers, while it’s also not crazily heavy. However, for more extreme situations, we have the 19mm chain. It’s harder to handle and more expensive to buy, but it’s more impressive and if it helps riders to sleep at night, then it’s worth the extra [cost],” reasons Briggs.

So, what extreme lengths would a tea leaf have to go to if they wanted to nick your bike with one of these beauties on? “If a thief is foolish enough to try to cut our thicker chains with an angle grinder, it would either be because they’ve been able to get it resting on the fl­oor, or because they’re crazy!” says Briggs. 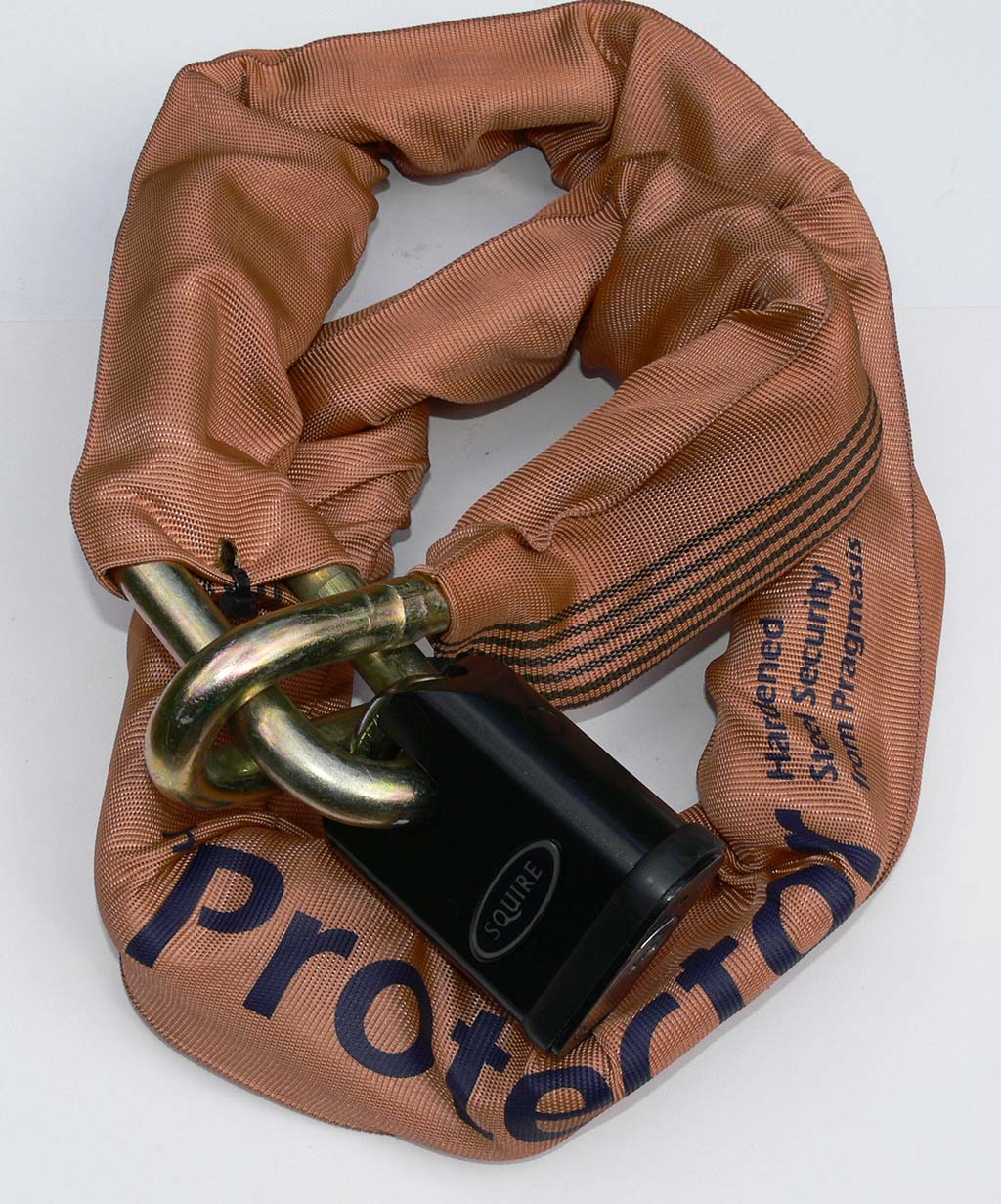 “Grinders on boron steel chain – which all of our bigger products are made from – can be very dangerous as the steel can bind onto the grinding disc and shatter it. This is more of a risk with powerful grinders, but the cordless ones struggle to have the battery power and the depth-of-cut to get through these chains. If a thief uses a powerful grinder, they’re taking risks with their own safety as well as risking being caught, because such an attack is noisy and very spectacular in terms of the showers of sparks that’s produced.” ‘Nu‑ said.

The smallest…
mid-air distance between a bike and a plane

Set in 2008, Veres Zoltán and Gulyás Kiss Zoltán achieved the Guinness World Record for the smallest mid-air crossing distance between a motorbike and an aeroplane, with a minuscule gap of just 2.42 metres between them.

The record required pilot, Veres Zoltán, to fl­y his Extra 300 stunt plane at 200mph just two metres above the ground, while rider Gulyás Kiss Zoltán launched himself off a ramp on his Yamaha YZ 250 F. The distance was then measured as the two vehicles performed the mid-air crossing, which was over in the blink of an eye.