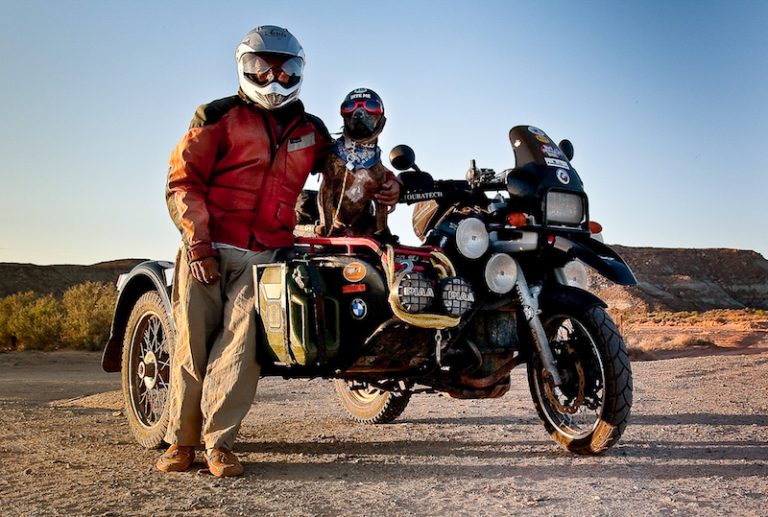 On 6 November 2006 Ara Gureghian left his previous life behind and along with his pit bull, Spirit, headed off on a motorcycle adventure that had, until early 2017, become their way of life. Rob Slade caught up with the pair to learn the ways of the road.

Born and raised in France but of Armenian heritage, Ara started adult life at the best culinary school in Switzerland and travelled much of the Middle East and Northern Africa. He was then given $50 and a one way ticket to America by his father.

Fast forward some 40-odd years of being a restaurant owner, bakery owner and personal chef, Ara has now given it all up. The trigger? The worst thing imaginable that can happen to any parent; losing his son.

“After Lance passed away I gave up my business, I just couldn’t handle it. [For] a couple of years I tried to get little jobs here and there and that didn’t work out very well,” said Ara.

At a time when all seemed hopeless and empty, Ara helped out at a rescue home where he met and adopted Spirit, the pit bull who would eventually become his partner in crime. Deciding never to leave Spirit behind, Ara bought a sidecar so they could stay together while travelling. 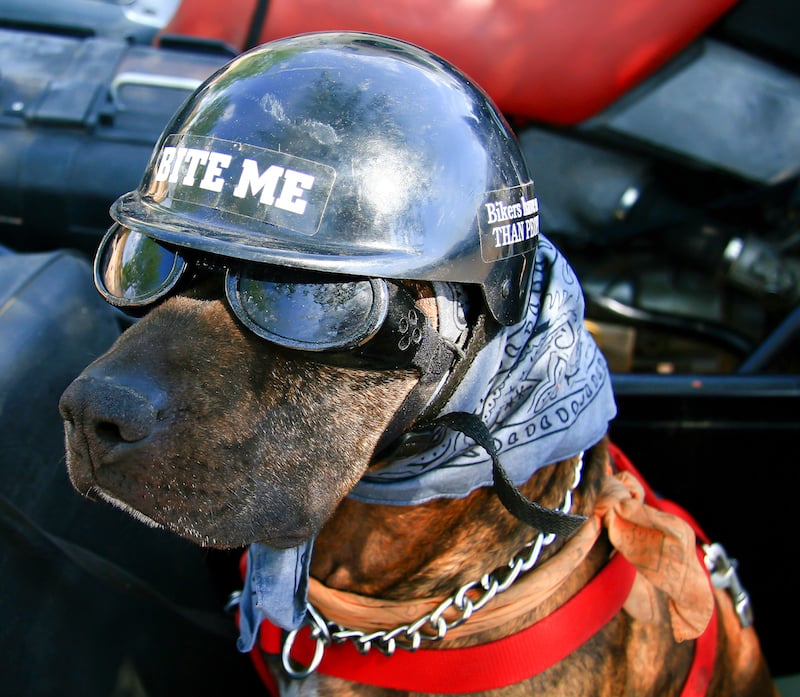 Speaking of that moment, Ara said: “It was just a decision to leave it all behind and get on the road and camp and go. No destination, no timetable, nothing.”

To keep Spirit safe Ara has installed a crash bar and three-point harness while making sure he always has his goggles and helmet. “Every time we stop I do a visual. That’s why I don’t talk to anyone when I’m refuelling because I’m also checking how he’s doing.”

You might think that a sidecar would not be the best place for a dog to spend their time, but Ara is adamant it’s not a problem. “Spirit loves his life in the sidecar. I mean, think about the thousands of smells per second.” 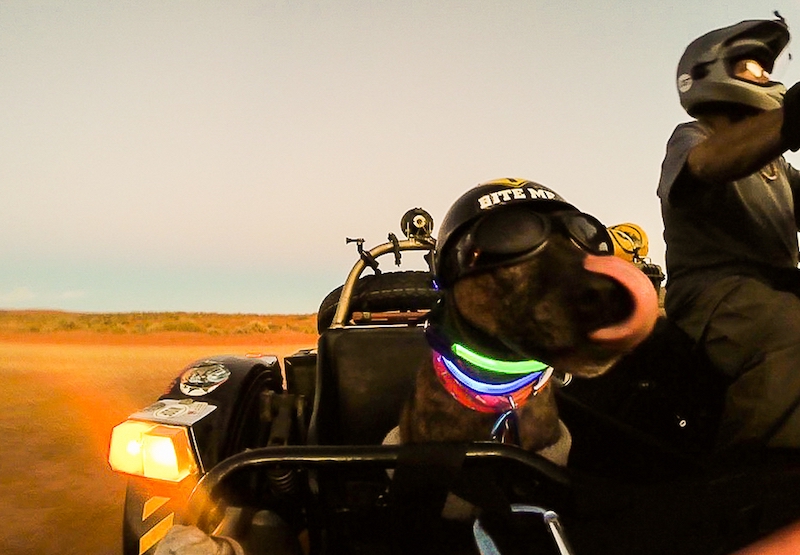 Ara and Spirit have been on the road going on nine years now and have covered roughly 300,000 miles to date, though they don’t like to keep track too much. “I go more for the quality than the quantity,” Ara tells us.

Almost all of the time the duo spend on the road is in solitude, camping as they go and only rarely do they venture indoors. “We don’t do well in four walls and sometimes we stop in friend’s houses, maybe a couple of times a year and generally by the third day we’re out of there. It’s a lifestyle that’s quite different but no I don’t think I would have it any other way. Not yet anyhow.”

But that’s the way they like it. Talking about what he likes the most about his current life, Ara makes it clear that he and Spirit love the freedom of the open road, being bound by no one. “Of course you’re never free, y’know, if you get a flat tyre or break down you’ve gotta’ depend on others,” said Ara contemplatively.

Ultimately, it’s the freedom to go where they want, on unowned land, into national forests and just explore the country. “No clock, no watch, no calendar, just the weather,” Ara said. Being with Spirit is pretty high on that list too, there’s no doubting that.

With the personal tragedies Ara has suffered many people have suggested that he is turning his back on his problems but he says it’s just his own way of standing up to things. “The problems are the problems whether you’re on the Moon, on Mars, on Earth, riding, driving, sailing, it doesn’t matter. Your heart is the same wherever you are.” 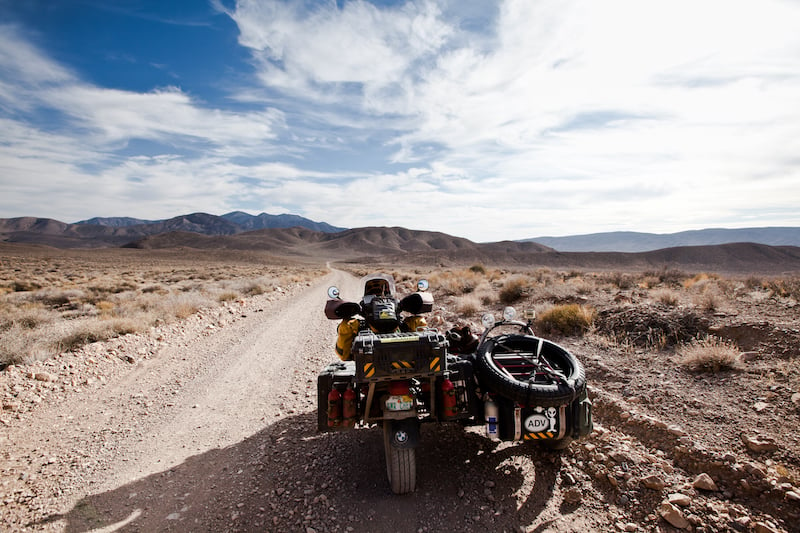 Has being on the road offered some sort of medicine to his emotional pain? “There’s this freedom, this whole country that we have while we follow the weather, it’s a therapy, it’s a therapy for people like me that really pay attention to their surroundings and love to write about it and love to do photography.

“I don’t drink, I don’t do drugs, I’m always saying, y’know, riding and writing is my therapy and so is Spirit.”

As liberating as it must be, long-term motorcycle touring does present its own set of unique challenges, but Ara sees it as a character-building experience. You always need multiple back up plans, you need to deal with the weather and you’re always on the lookout for places to camp. “You’re out there, you’re living within Mother Nature… It all builds character.” 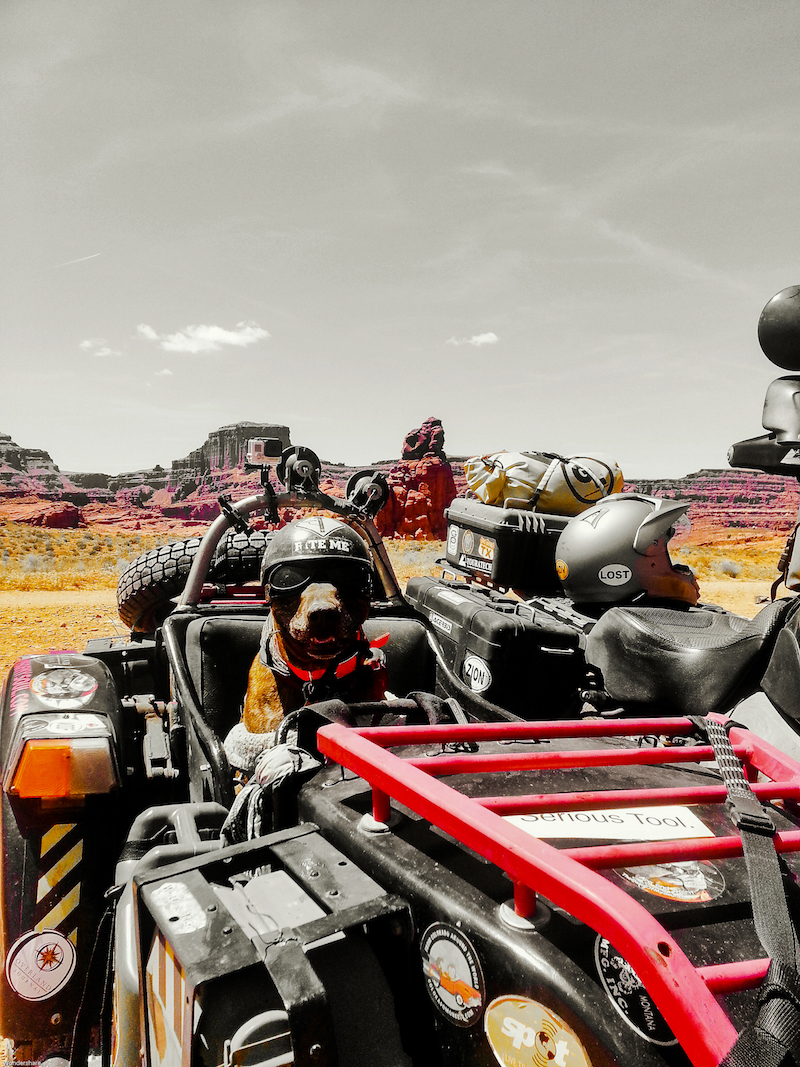 Ultimately, taking such a life-changing decision is going to have a profound effect on anyone’s life and that’s a sentiment Ara is certainly aware of. “A ride definitely changes a perception of life, and again, it’s not just the motorcycle but it’s the photography, the camping.”

Ara and Spirit’s story shows that anyone can change the way they live their life. You don’t have to be chained to a desk, surrounded by concrete. Exploring the world by bike can be both liberating and life-changing and while it may not be for everyone, it’s good to know there’s another way.

Since this was written in 2015, Ara and Spirit have hung up their helmets and retired to what most people would call a ‘normal’ life. Spirit, in his old age, began to struggle with the demands of travelling by sidecar and so now, if the duo goes out travelling around New Mexico, they go in Ara’s camper van.