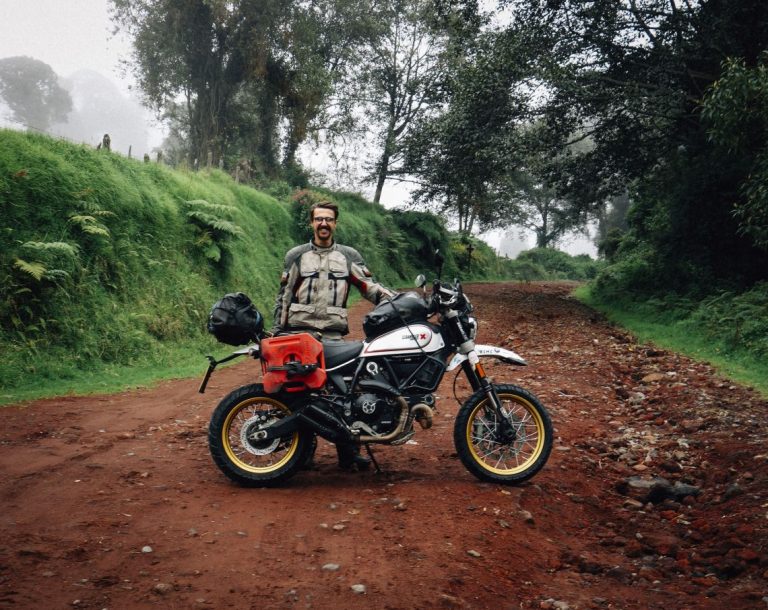 On 19 April, Henry Crew returned from his record-breaking circumnavigation of the globe. At the age of 23 years and 343 days, he became the youngest person to ride around the world. We caught up with him to find out more…

■ Give us some stats on your RTW journey

■ Why did you want to ride RTW?

Originally, I didn’t. I had been planning much smaller trips. I was working 60 to 70-hour weeks and a lot of my work was freelance so I came to the realisation that these trips were not going to happen. I was getting really frustrated at work for many reasons.

I turned on my computer and an article popped up about Kane Avellano who previously held the world record for the youngest person to ride around the world. As soon as I realised I could beat it I decided it had to happen. Ten months later, I left.

■ How did the reality of riding around the world compare to your expectations?

A year is a lot longer on the road than it feels back home. If I was to do it again, I would probably break the journey into segments. I tried to keep my expectations and preconceptions at a minimum and make myself as fluid as possible.

The things I had big expectations for were normally what disappointed me and the most impressive and memorable things were those that took me by surprise.

■ How did the Ducati Scrambler Desert Sled perform as an RTW bike?

I loved the Desert Sled and I was proud of how it performed, shredding offroad with DR-Z400s, racing alpine and canyon roads with sports tourers, and cruising on the highway with no complaints. It’s light, moderately powerful, fun off-road, fun on-road and can sit on a highway all day. I would probably add a bigger fuel tank and more wind protection but that is about it.

Sitting back on this crazy mountain pass in the Himalayas waiting for the trucks to honk each other deaf as they tried to squeeze through a narrow cliffside track. I zoned out, taking in the amazing view and this magnificent bearded vulture appeared. It just circled above for about 10 minutes before vanishing.

■ Where would you most like to return and why?

The Himalayan section was my favourite 10 days but I’m not in a real rush to go back to India. I would love to ride in America in the spring and summer as the snow affected my movements. There is not a single country I visited that I wouldn’t go back to, in fact, my list of places I want to see and ride has grown.

If you want to be a reader exposed in a future issue of Adventure Bike Rider, email  [email protected] and if we feature you you’ll get a free year’s subscription to the mag. You can’t say fairer than that, eh?