5 of the world’s longest roads 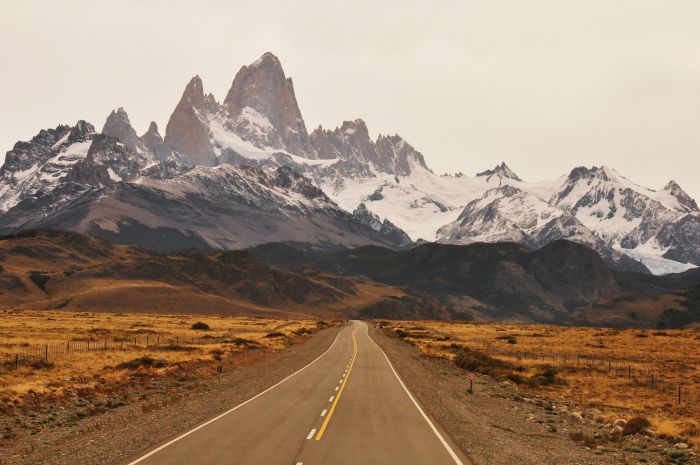 As an adventure motorcyclist, what could be more challenging than completing the world’s longest roads? We’ve teamed up with Airhawk to bring you a list of roads that have the power to humble many egos but, if completed, offer an unparalleled sense of achievement and momentous rush of adrenaline.

Starting at the top of Alaska and finishing on the tip of Tierra del Fuego, the Pan-American Highway covers a whopping 30,000 miles and, according to Guinness Records, is the world’s longest ‘motorable road’.

If you’re looking for an adventure that will seriously challenge man and machine, then there’s nothing more testing than the Pan-American Highway.

Skirting the mainland’s coastal fringes for over 9,000 miles is Highway 1, one of the longest designated road routes in the world.

The route incorporates classic rides across the Nullarbor, through the Kimberley, along with Victoria’s Great Ocean Road and curves beneath giant karris trees in Australia’s southwestern forest.

Along some of the world’s toughest environments and terrain runs the Trans-Siberian Highway, a notorious 7,000-mile highway from St Petersburg to Vladivostok. The route is a network of federal highways that spans the width of Russia.

Little can compare to the gruelling nature of the Trans-Siberian, but, on the other hand, there’s also the immense sense of achievement after completing it.

Ruta 40 runs parallel to the Andes mountains and passes through Argentina’s most magnificent rugged open spaces. The route makes it onto the list with a length of 3,107 miles, crossing the provinces of Santa Crus, Chubut, Rio Negro, Neuquen, Mendoza, San Juan, La Rioja, Catamarca, Tucumán, Salta, Jujuy, it’s the longest highway in Argentina.

Though Route 1 in Iceland is the shortest on this list at a “mere” 827 miles, it’s not a route to be sniffed at. Commonly known as Iceland’s Ring Road, the route encircles the entire country, covering every bit of its unique geological and meteorological extremes.

Rider’s will need to grit their teeth and travel through rain and buffeting winds, but the landscape will make up for it. Riding past active volcanoes, blue icebergs, waterfalls and, if you’re lucky, the Northern Lights makes this route one you’ll never forget.

If you’re planning on riding one of these mammoth roads, or if you spend long periods in the saddle, then you’ll want to reduce the bum-numbing to a minimum. Airhawk seat pads, which are distributed by Motohaus, are designed to relieve numbness, control vibration and absorb shock. Used by the likes of Ewan McGreggor on his Long Way Round trip, the seat pad is your go-to for long trips out on the road. To find out more, click here.