5 awesome places to explore along the Shakespeare Way 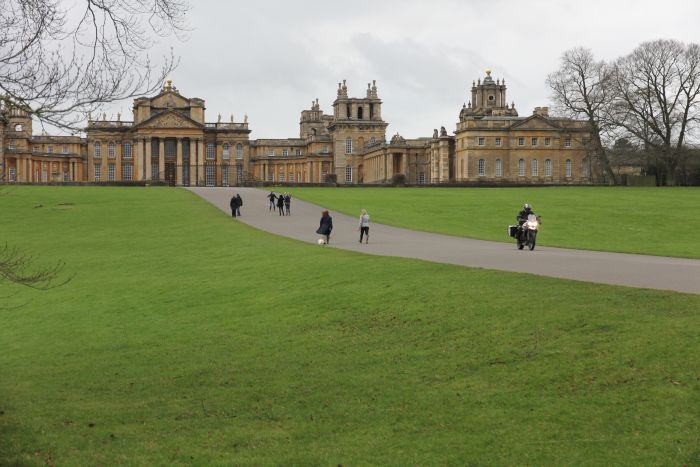 In issue 34 of Adventure Bike Rider magazine we rode the Shakespeare Way to commemorate the 400th anniversary of William Shakespeare’s death. The ride, which is approximately 100 miles long, takes you from the birthplace of the world’s most famous literary figure, Stratford upon Avon, to the heart of England’s capital city and Shakespeare’s Globe Theatre.

Along the way you’ll ride exciting roads, see some magnificent sights, and discover places and landmarks that you didn’t even know existed. While the full write up of the ride can be found in the latest issue of the magazine (which you can get hold of here), below we’ve rounded up our five must-see locations along the ride. 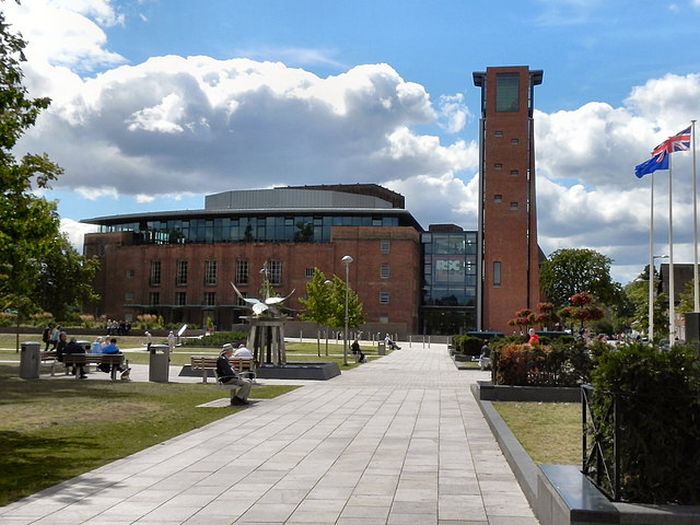 While it’s the starting point for our ride, no visit to Stratford upon Avon would be complete without a walk around the Royal Shakespeare Theatre. Whether you like seeing plays or not, it’s an impressive building both inside and out, and is part of the reason why five million tourists visit the small Warwickshire town each year. To really experience the town I’d recommend spending the night here before beginning your ride early the following morning. With more restaurants and B&Bs in Stratford upon Avon than there are people, you’ll be spoilt for choice when it comes to finding some quality grub and a good night’s sleep. 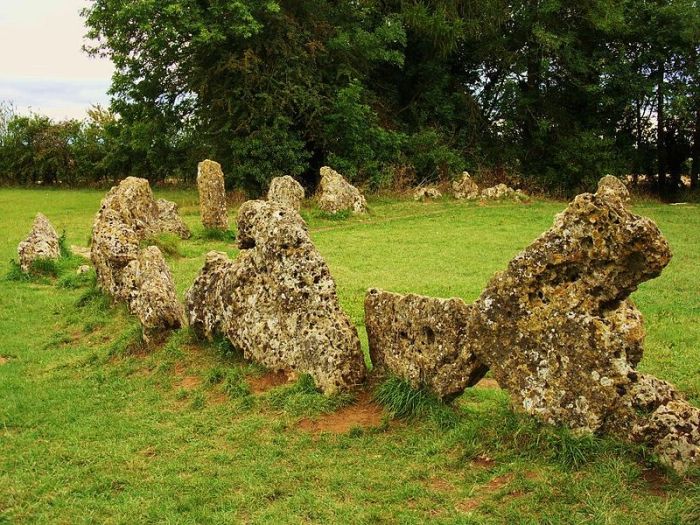 It’s not far into our ride before we’re blasting past the Rollright Stones, a collection of three Neolithic and Bronze Age monuments near the picturesque village of Long Compton. Consisting of the King’s Men, the King Stone and the Whispering Knights, the collection is easily reachable from a layby and it’s well worth a short stop off to marvel in the history steeped location. Think Stone Henge, but less well known. 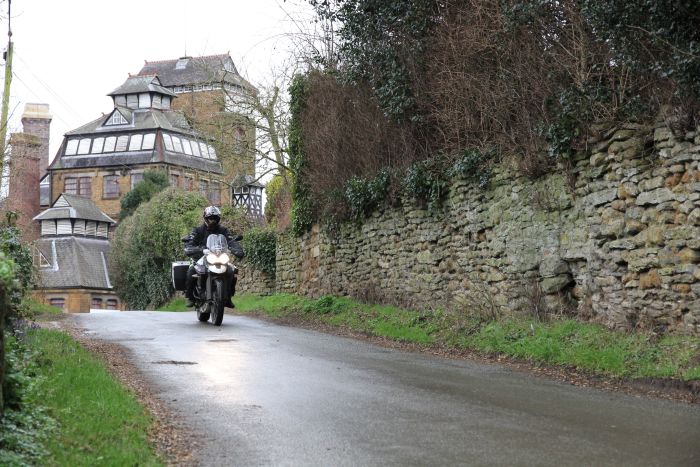 While you’ll find it hard to prise yourself from the entertaining roads of the Cotswolds, I recommend veering slightly off course into Hook Norton to visit the traditional Victorian tower brewery. First opened in 1849, the brewery is still very much in operation today and visitors can take a tour of the magnificent building to learn the history of the place. Hook Norton Brewery still delivers beer to the pubs locally by horse drawn dray, and the shire horses that are used for this purpose are a brilliant sight to behold. More information can be found at www.hooky.co.uk.

Just before you reach Oxford, in Woodstock you’ll find Blenheim Palace, home to the Duke of Marlborough. Built in 1722, the palace was the birthplace of Sir Winston Churchill, and the beautiful and well kept grounds of the estate stretch for miles. If you think the palace looks impressive in photos, wait ’till you see it in real life, impressive doesn’t quite cut it.

When riding through the quiet and tranquil woodland of Burnham Beeches it’s hard to imagine that you’re only a few miles away from one of the world’s busiest cities. The National Nature Reserve will provide you with a few moments of calm before you enter the battle for tarmac on the roads of London, and there are plenty of places to stop for a bit of refreshment. If the canopy of the Beeches looks familiar, that’s because the area has been the filming location of many movies over the years gone by, including Robin Hood Prince of Thieves, Goldfinger and Harry Potter and the Deathly Hallows – Part 1. 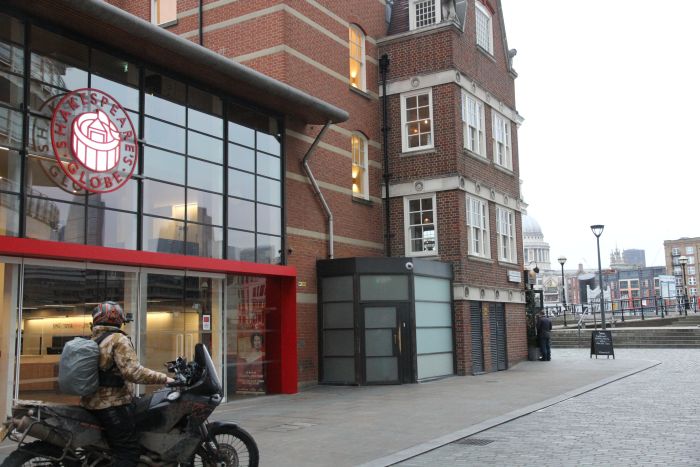 It might seem like a bit of a cop-out for me to group the massive city of London into one must-see point, but for someone who had never driven, let alone ridden, around the UK’s capital before completing the Shakespeare Way it was an incredible experience. We follow the Thames to the heart of the city, and as you get closer and closer to the centre there’s a new landmark or monument around every corner. The riding is hectic, but it gets the blood pumping, and it’s certainly an exciting and fitting end to the route as we finish at the doors of Shakespeare’s Globe Theatre. 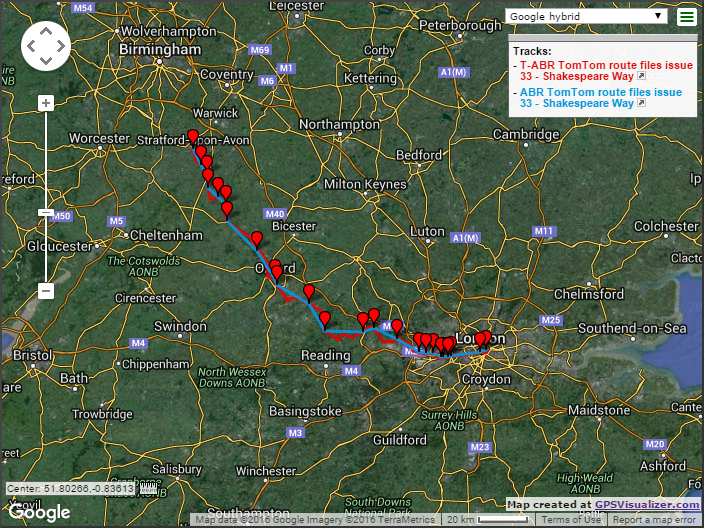 The Shakespeare Way is one heck of a ride, and what better time to do it than around the 400th anniversary of the Bard’s death? If you’d like to ride the Shakespeare Way route, you can download a gpx. file to stick in your SatNav by following this link here. To read the full write up of the ride, where you’ll find more suggestions on things to see and places to stay, check out the latest issue of Adventure Bike Rider magazine by clicking here.