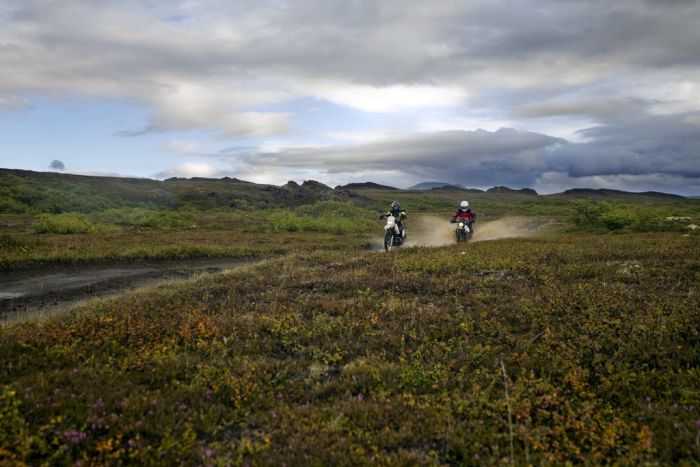 Iceland is a wonder of volcanoes and glaciers, geysers and ice caps, 24-hour daylight and, er, hot dogs. It’s also got hardly any people and exciting riding, making it a top destination for an adventure motorbike tour. Here, Alun Davies tell us his favourite bits… 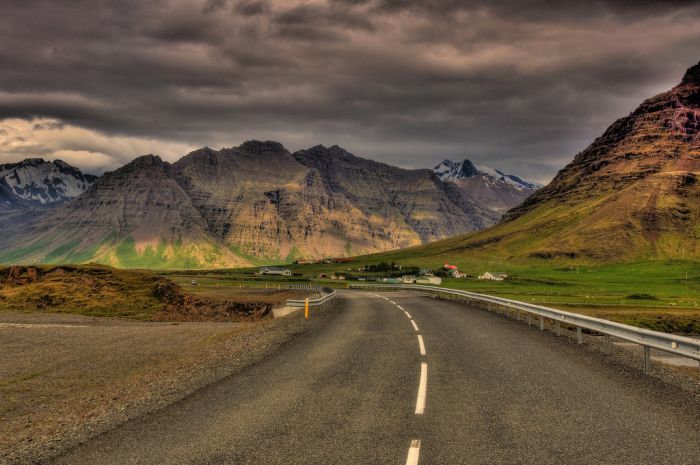 Narrow passes, single-lane bridges, blind corners, blind hills, unpaved sections… This is Iceland’s equivalent of the M25. Also known as the Ring Road, the 850-ish mile route goes right round the island and in the more remote parts it sees fewer than 100 vehicles a day. Whether you choose to ride the whole thing, or combine parts of it with an expedition across the centre, it’s guaranteed to be a blast. 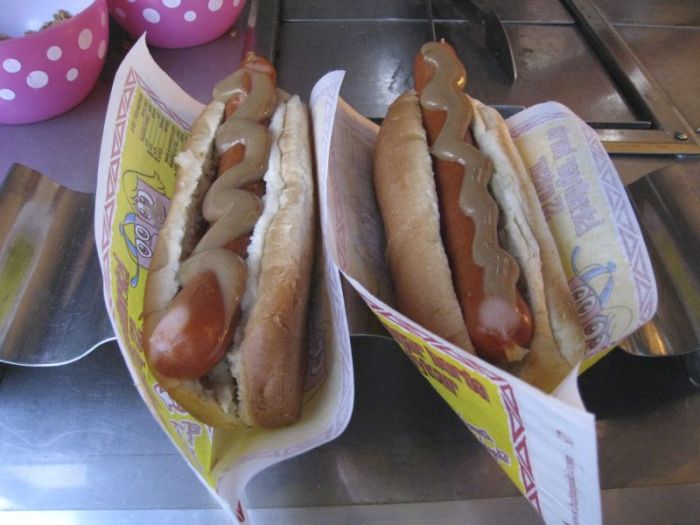 These have to be eaten to be believed. You might think it strange that the common hot dog is so far up our list, but even if I didn’t have a bike, I’d still go to Iceland for these sausages in a bun. They’re a national delicacy. Mostly made with lamb, occasionally pork, they’re topped with any or all of the following: mustard, ketchup, fried onion, raw onion and remolaði – a tartar-sauce/mayonnaise-like treat that sets them off perfectly. You’ll need a minimum of four per sitting. 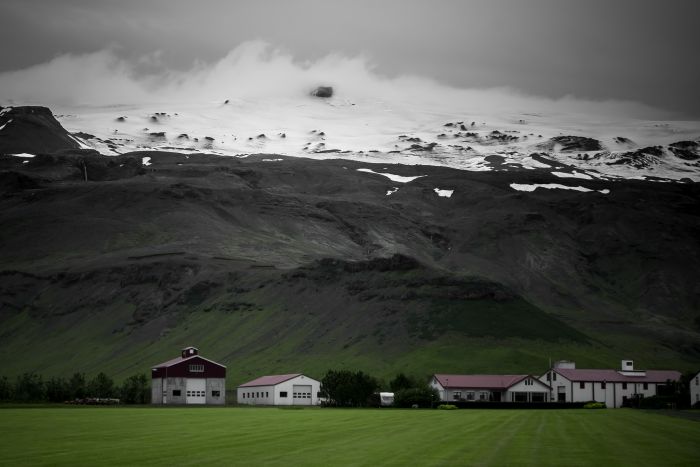 I love this volcano. The Western world needed reminding that we don’t rule the planet. Eyjafjallajokull’s a glacier with an icecap covering the volcano (the name Eyjafjallajokull means ‘island-mountain-glacier’), and it’s in the south of the island, near the village of Skogar. Give it a drive-by salute. 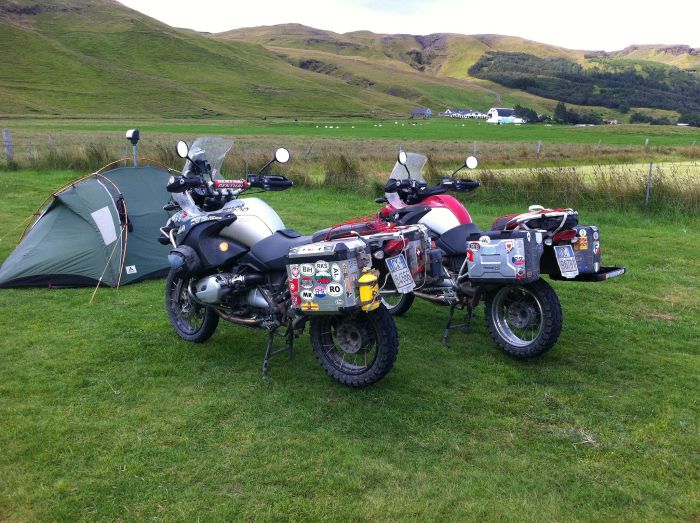 This will play with your head, but in a good way. If you go to Iceland between mid-May and mid-August, the sun ‘sets’ (read: flirts with the horizon) for about three hours, but it’s still light the whole time. It’s strange, but it’s pretty easy to get the hang of. No putting up the tent or cooking in the dark. No need to pack a head torch.

Sitting up late around the campfire (a real one or a metaphorical one) with no concept of what time it is, forgetting to go to sleep. And if you drive at ‘night’ you won’t miss a thing. Surreal and wonderful. 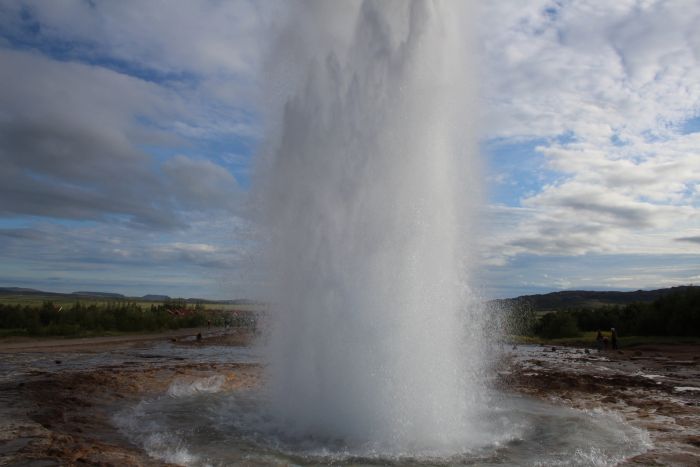 This is the original geyser and, if you see it exploding, it’s one of the most spectacular, with eruptions of boiling water rising up to 70m. Talk about flipping your lid. It only performs infrequently though, and recently has been inactive for years at a time. But don’t worry if you don’t catch it on a good day. Strokkur geyser is only about 50m away, and this erupts every four to eight minutes, up to a height of a not-to-be-sniffed-at 16m. Both are in the Haukadalur valley in southern Iceland. 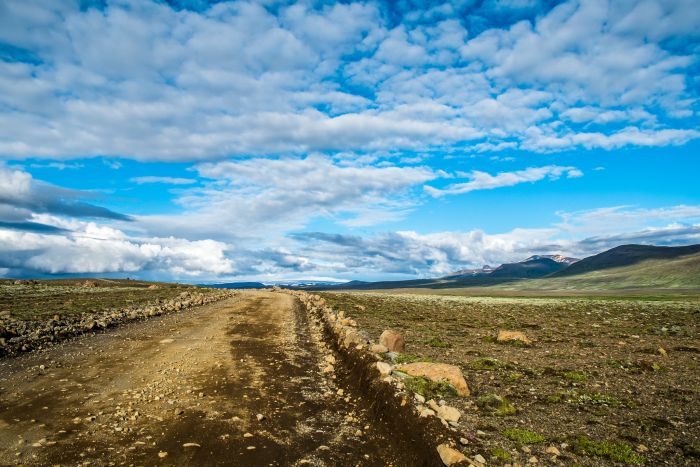 The interior of Iceland is covered by what’s called the Highlands: barren, uninhabitable volcanic desert at about 500m above the coastal plains. It’s not traditionally beautiful – more starkly desolate – but so different to anything you’ll ever see it has to be explored. And the roads? Unpaved and exciting of course.

Sprengisandur is the longest, at 200km (124 miles) running from the north to the south of the island, and it has a reputation for fast weather changes and snow even in summer. Kjölur is the second longest, and will take you past hot springs at Hveravellir. Or if you’re short on time and bravado, the Kaldidalsvegur is the shortest, often known as the Highlands for Beginners.

7. Dettifoss (no, not dental floss) 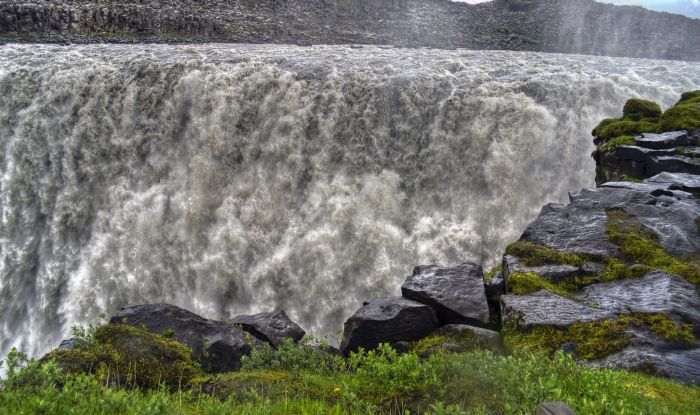 Be prepared to be awed. This is the largest waterfall in Europe in terms of volume and, indeed, one of the problems when you get there is that the view’s partly obscured by all the spray. It’s 100m high and 44m wide, and over that gushes an average water flow of 200m³/s. If you’re not into figures, that translates as ‘a hell of a lot of water.’ And the road to this beast, in the north east of the island, is only a rough track, so you’ll have fun getting there too. 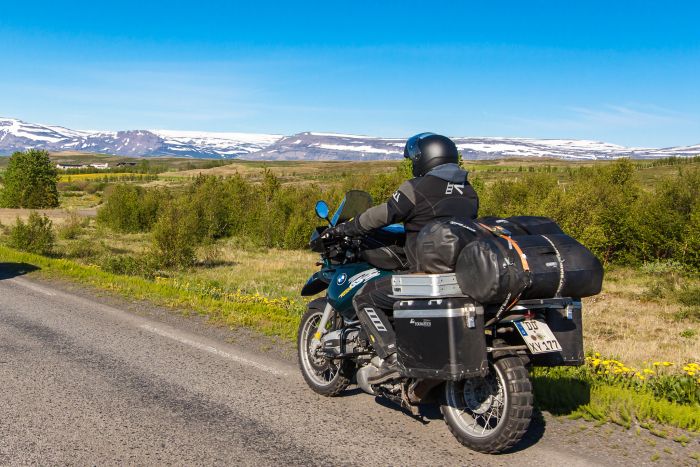 Or rather, the lack of them. Iceland’s roughly the size of England, but it has a population of 320,000. That’s about the same as the population of Coventry. The sense of isolation’s refreshing – and it makes for great riding. And if you do stumble across any Icelanders, don’t worry – they’re very friendly and most speak good English. 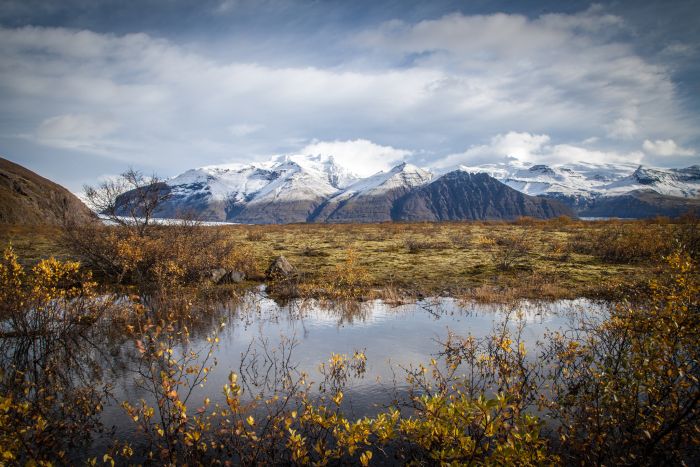 This is the largest ice cap in Europe, and it covers more than 8% of the country. Countless volcanoes are buried under the glaciers that tumble down to the side of the road. Especially worth a look is the Jökulsárlón Lagoon, chokka with icebergs from the nearby Breiðamerkukjökull glacier (there’ll be a pronunciation test later). Breathtaking. 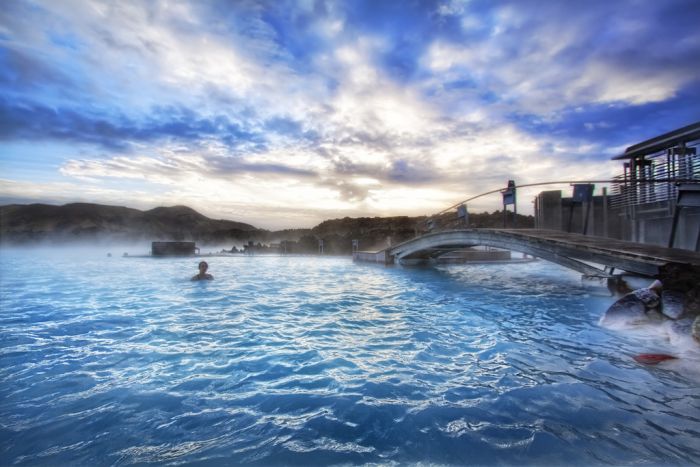 After all that, you’ll need somewhere to soothe your butt at the end of a long day or week in the saddle. Enter the Blue Lagoon, a geothermal pool that’s the perfect place for a soak. The lagoon’s huge, and the water’s between 37 and 39ºc.

It’s all pumped in there from the nearby geothermal power station, but don’t be disgusted – it’s honestly the most refreshing thing ever, especially if you’ve been short on showers for a while. Allow at least three hours.